We caught up with London City Lionesses’ Head Coach Melissa Phillips and one of the club’s new signings, Republic of Ireland forward Rianna Jarrett, ahead of their opening weekend fixture at Liverpool on Sunday to talk about a busy summer and an exciting season ahead in The FA Women’s Championship.

Here’s some of what they had to say…

On a busy summer [with 10 new players recruited] and how pleased she is in terms of the players brought in:
It’s been a tremendous amount of hard work by everyone at the club. Not just from a recruitment standpoint, so but to really improve the infrastructure that we have all around and the support that we have to the players so incredibly happy with the month in between the seasons, and really looking forward to kicking off this weekend against Liverpool.

A really important part of our recruitment process is that we wanted footballers with high quality experiences, but more importantly, we wanted people of good character. And we wanted players who are driven and ambitious and match the values of the club.  Despite having 10 new faces, it feels as though our team’s been together for a really long time, even in just a short pre-season and that’s a credit to the way that the players have come in and integrated.

“Despite having 10 new faces, it feels as though our team’s been together for a really long time.” @CoachMelP talks about the squad and everyone sharing the same values and ambitions 💪🦁 #ThePride pic.twitter.com/r3AzYBHpQy

On a highly competitive Championship season ahead and whether Liverpool, where they kick off their campaign, are perhaps the ones to beat:
What a great way to start at Liverpool away. They’ve been a favourite in the league, I’m sure last season and as well as this season but championships are won one game at a time and that’s how we’ll approach it because every game will be as important as the next. It’s a great opportunity for us to go showcase ourselves on the road and implement the identity that we’ve been working on in preseason. 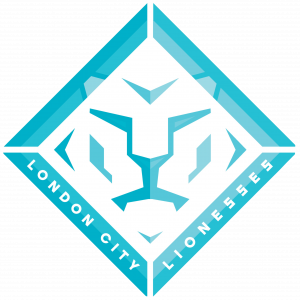 On what that identity looks like:
Everyone wants to say that they pride themselves around being a possession-oriented team. I think for us, it’s about the relationships that we have on pitch and how we interact and communicate and work off those balls together – that’s something really special about our group – we have a lot of movers and we have a lot of pieces who are very, very versatile within our front five and our back five that can play multiple different positions. It’s always going to be circumstantial and situational based off of the opposition but something that we take a lot of pride in is playing to our strengths of our personnel and making sure that everyone feels really confident and clear within their roles and expectations of their position and how we want to play. For us, it’s about how well we can impose our identity on any opposition on any given Sunday.

On the particular emphasis and message from Mel and her staff to the squad during preseason:
We always want to be an incredibly hard team to play against. We define that by being very well organised in and out of possession and that we’re a group of competitors. We’re always demanding and asking more of ourselves and look at how we respond to any speed bump or a bit of adversity and that we make sure that we always respond with a growth mindset and a bit of positivity and we keep pushing ourselves forward every day.

On the fun alongside the hard work during preseason:
It’s an incredible group, because – Rianna is laughing as you asked that – but it’s a group of really good characters. So, of course, it’s gonna be fun, we love to enjoy the game. That’s the secret recipe – when you have players that are enjoying the environment and thriving within the environment – that’s when you have the most success with a team. That’s not always easy to create, you’re not going to please everyone in that process but we create an environment where it’s competitive, where you challenge yourself that you’re constantly growing and stretching yourself every day and ultimately, we feel that will lead to the results that we want to get. But we stay focused on our process from within.

On a tough set of opening fixtures and the importance of a good start to be competitive at the top of the league:
It’s something that we’ve talked about our team rooms over the previous two weeks: an important thing to us is starting as we mean to go on and so that’s every single day, whether that’s Sunday or Monday or Wednesday, that we always put ourselves in the best position for success and that’s with how we prepare and how we take care of all the little details within the week. So every game will be as important as the next game, whether it’s Liverpool away or Crystal Palace at home.

On what are she is hoping from Rianna for the season and what she has shown in preseason so far:
In bringing in Rianna, we knew we were getting a very high level forward with a proven track record of scoring goals. What we’ve gotten in addition to that is a fantastic leader. She’s somebody who speaks confidently in front of the group, provides perspective of her experiences, both internationally and within the Super League. And you know, off the pitch as well with how to manage yourself as a professional, which is something that we really take pride in within our club. She’s brought a lot of different dynamics both on and off the pitch to the team.

On how she is finding life in London and with the Lionesses, having made the move from Brighton & HA:
It’s all been good so far, I’m settling in very well. There’s been a lot of new faces in the season so I suppose that helped with me settling in. It’s a great environment to come in to. Everyone’s been very welcoming and preseason has been very good, very competitive. It’s a group of players and a group of staff that are competitive and we want to put our best foot forward every day, so that’s been fun and good to come into. In terms of life, and then a lot different from from what I’m used to back in both Wexford at home and then also Brighton. Both of those being close to the sea is something that that I miss, but life in Dartford has been good so far and I’m looking forward to settling more over the next couple of weeks and months.

On pretty crazy past year and a half and an exciting season ahead:
It’s all been a bit mad. Obviously my move to Brighton in January 2020 was my first professional contract, my first move into full-time football and then that was kind of stopped in its tracks a little with the pandemic, so I suppose it’s been a crazy 18 months for everyone really. For me, I’ve come into a position where I’m able to play full-time football, I was able to train regularly and especially during the pandemic, so for that I can’t be thankful enough. I was able to put aside my full-time job and be able to focus mainly on who I am as a player and what the requirements are to be a full-time athlete and so very thankful for that. I’m very excited for this new challenge at London City and I’m looking to bring out the best in me and see what what can come from me as an individual and the squad as a whole as well.

Looking to the Liverpool game and potentially coming up against a number of Irish players like Niamh Fahey, Megan Campbell, Leanne Kiernan:
Obviously there’s a lot of familiar faces in the Liverpool set up. Us Irish are kind of scattered all over the place at the minute, which is fantastic. Niamh Fahey in particular, has been at Liverpool for a while now. I come up against her day in day out when we’re training in the Irish team in camp. We do enjoy a little battle with her being a centre back and me being a centre forward. I don’t know whether it’s a good thing or a bad thing, obviously she knows how I play, I know how she plays, but obviously club football and international football is completely different. There’s different styles, different managers want different outcomes from different players and different positions. But the two of us enjoy a battle on the training pitch and I’m sure that’s going to be no different on Sunday. I’m looking to get the edge in that area. Looking forward to seeing the girls after the game but more importantly, just looking forward to that first game kicking off and putting our best foot forward and see where we go from there.

On whether the team are openly talking about winning promotion out of the Championship:
I think it’s important that everyone is on the same wavelength and everybody’s rowing in the same direction. Those sort of conversations are important to have, not only in the pre-season, but but throughout the season as well. It’s important for that every everyone not only is saying it but that we have great belief in the group – both us as players and our staff – that we want to win the league, we want to get promoted and we thoroughly believe that it is something that we can achieve. That’s why the most important game is your next game and obviously, that’s our game against Liverpool.

London City Lionesses have signed central-midfielder Amy Rodgers who played in 14 of Liverpool’s 20 league matches last season. The 21-year-old made over 50 appearances for the Reds and has represented England at a U-17, […]