Jamaican striker Shaw secured the Player of the Month award for the first time after an impressive month in front of goal, helping Gareth Taylor’s side secure three league victories on the spin.

Notching braces in wins over Leicester City and Tottenham Hotspur, the 25-year-old also found the back of the net in a 2-1 win over Liverpool at the Academy Stadium alongside turning provider for Hayley Raso to score the winner against the Merseyside outfit.

Shaw said: “I am delighted to win this award for the first time – it has been a very successful month for us as a team and I am grateful to everyone who voted for me in a very talented shortlist of players.

“We are feeling so confident after these recent wins and I am really enjoying my football right now personally, but the most important thing is results and helping the team to have as much success as possible.

“I will keep working hard to continue my goalscoring form to help carry on our great form of late and to keep the smiles on our fans’ faces.” 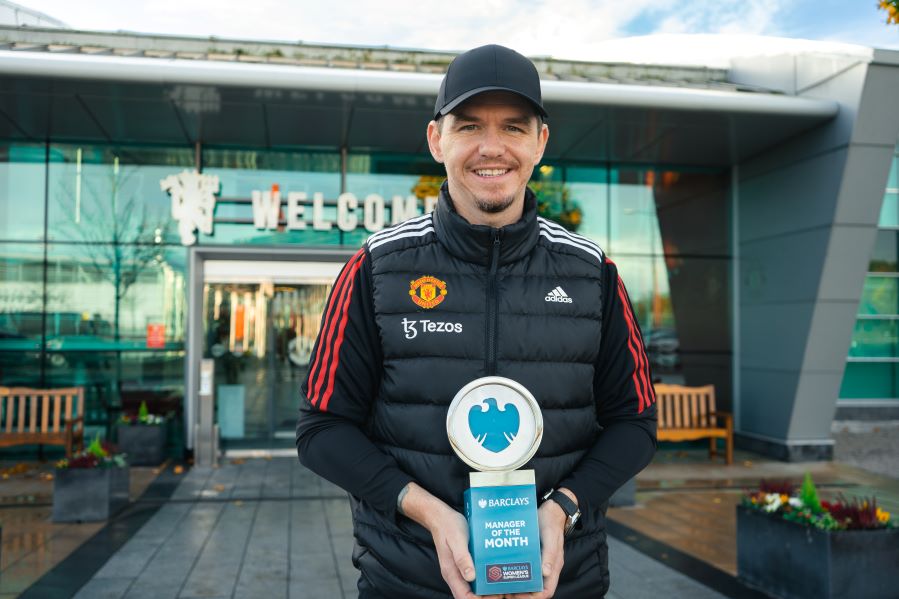 The team ended the month top of the league on goal-difference, with clinical attacking and a defensive side that had not conceded this season until into November.

The FA has released the fixtures for the upcoming 2022/23 Barclays Women’s Super League (BWSL) season, which is set to be the biggest ever coming off the back of the home UEFA Women’s EURO. Players […]

Only goal-difference separates the Barclays Women’s Super League top three and two of those – Manchester United and Chelsea – clash in the Sunday evening game. Arsenal take their faultless form to Leicester with the Foxes still […]