In A League Of Their Own!

Category: Other Stuff to Read 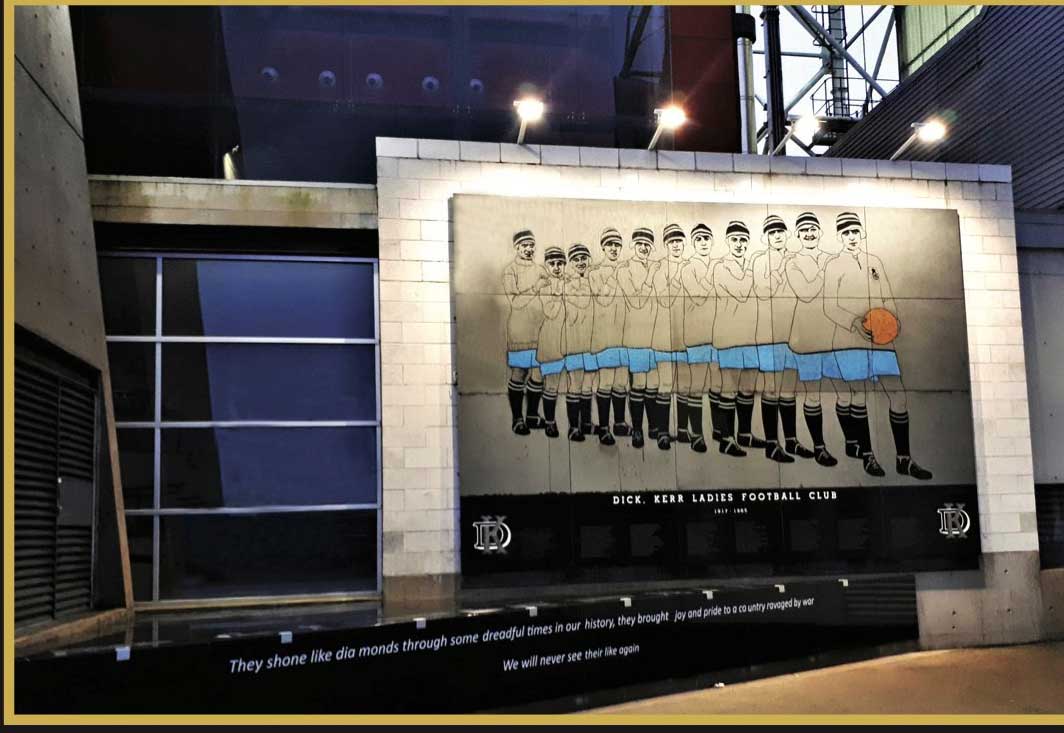 In A League Of Their Own! by Gail J Newsham, is the true story of an ordinary group of female munitions workers from Preston who achieved the extra-ordinary. The unique history of the Dick, Kerr Ladies lay buried for far too long as they became football’s best kept secret. They set the football world alight during the First World War, and despite an FA ban in 1921, the team continued to play until 1965 and raised in excess of £10 million for charity.

The centenary year of 2017 for this legendary team saw them recognised in the most magnificent way and a happy ending for those pioneering Lancashire Lassies has finally been achieved. They were honoured with the first Blue Plaque in the world for a women’s football team, and they returned home to Deepdale where their journey began on Christmas Day 1917, when the dream of a permanent memorial dedicated to them actually became a reality.