Kerys Harrop had Spurs ahead after only 11 minutes but Inessa Kaagman levelled from the spot after the half-hour mark.

Angela Addison restored the lead after 63 minutes, rounding Megan Walsh to slot home, before Kaagman hit the bar from distance.

She slid in for the opener from a Fran Kirby cross but although Ann-Katrin Berger denied Rachel Daly an equaliser when put clean through, Daly did level moments after the interval after a fine run and cross from Adriana Leon.

When Pernille Harder’s drive was parried by Mackenzie Arnold, Kerr was on hand to sweep home and she got her third as Kirby again teed her up, but was injured in the process.

West Ham made it a tight finish as Aleisha Lehmann forced an own-goal from Magda Eriksson.

Three goals in the first 45 set up Manchester City for an away win over Everton, whom they climbed above in the table as a result.

Ellen White’s looping header gave City the lead midway through the first half, Caroline Weir providing the ball in

It became a hat-trick of assists by Weir in stoppage time before the break, Janine Beckie with a far-post header.

Arsenal are back within a point of leaders Manchester United, after seeing off Birmingham City with three second-half goals.

Hannah Hampton saved a first-half Kim Little penalty but the Gunners struck twice in a five-minute spell around the hour mark.

Caitlin Foord got the first and Jill Roord doubled the advantage, before Little this time converted from the spot late on. 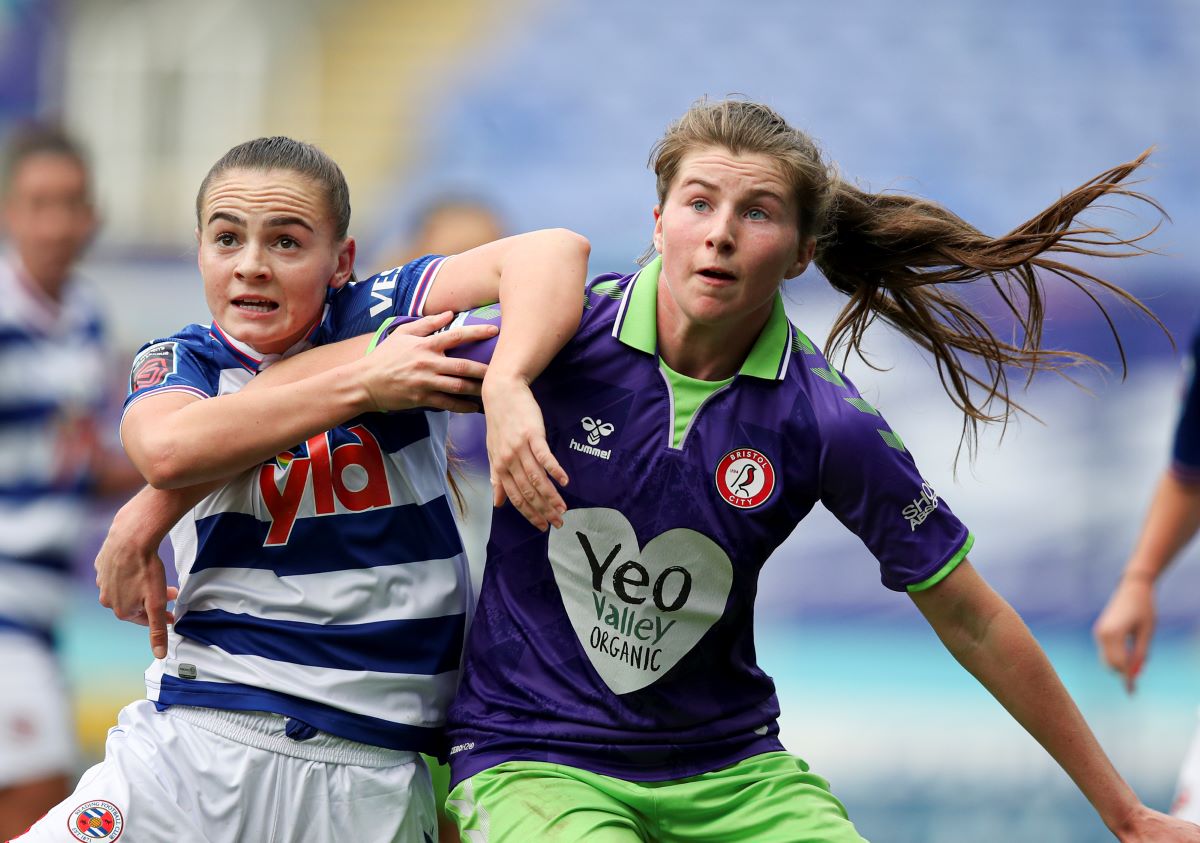 Lily Woodham of Reading and Emma Bissell of Bristol City. (Photo: Paul Currie for The FA)Bristol City stayed at the foot of the table but made it consecutive draws with a 1-1 tie at mid-table Reading.

The Robins went in one up at the break, on the counter attack Charlie Wellings found Emma Bissell to score a 43rd-minute breakthrough.

After a strong first period showing by Sophie Baggaley, she was finally beaten by Fara Williams in the 50th minute, the same player hitting the bar soon after.