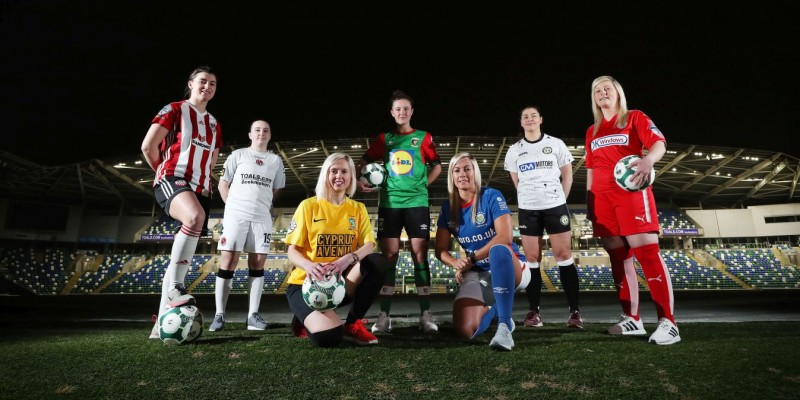 Title hopefuls Glentoran and Sion Swifts both took advantage of Linfield sitting out this round of action to leapfrog them at the top of the Danske Bank Women’s Premiership.

The Blues (who have played 12 league games) now sit a point behind the Glens (played 14) and Sion (13) in the race for this season’s title.

Striker Rachel Rogan netted twice for Glentoran in their 4-0 home victory over struggling Derry City, with Joely Andrews and Kerry Beattie also on target for the East Belfast side.

Sion Swifts – who defeated the Glens 3-2 in a rearranged league fixture on Monday night – triumphed 3-1 at home to Crusaders.

Kelly Crompton, Donna Kay Henry (penalty) and Michelle McDaid were all on target for the in-form Sion, who are unbeaten since the opening day defeat at Linfield.

A hat-trick from Cliftonville captain Marissa Callaghan helped fire them to a 5-0 win over basement side Comber Rec, with Chloe Orr and Shona Davis also finding the net for the Reds.

Linfield participated in the Champions League group stage this week – recording a memorable 3-2 victory over Greek champions PAOK but falling to defeats against Lillestrom and Anderlecht.

Reigning champions Linfield have begun the third Northern Ireland Danske Bank Women’s Premiership campaign with back to back wins. They began the defence of their title with a 7-0 victory at newcomers Derry City before […]

Northern Ireland captain Marissa Callaghan guided Cliftonville to an emphatic North Belfast derby win over Crusaders Strikers in the Danske Bank Women’s Premiership on Wednesday night. The experienced midfielder was acting as player-manager for the […]

Cliftonville’s Danske Bank Women’s Premiership title hopes were dealt a blow with a 3-2 defeat to Glentoran in a tight encounter on Sunday 26 August, reports nifootballleague.com. The win for Glentoran now sees them just one […]