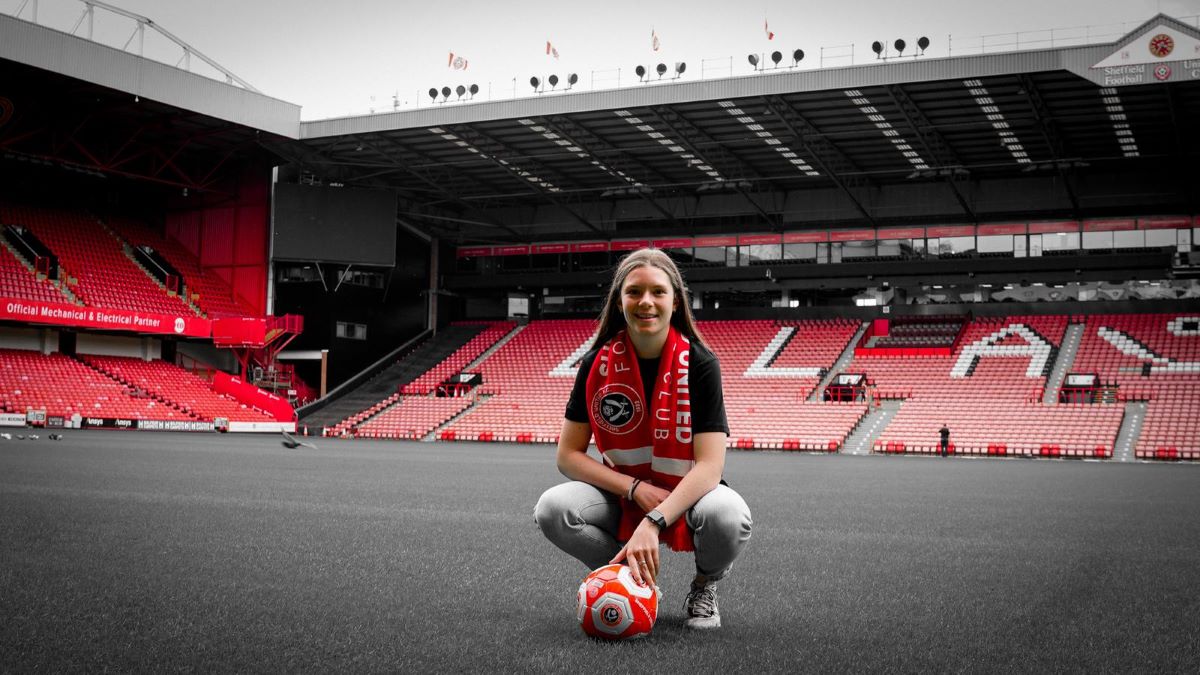 The 21-year-old enjoyed a great season in the third-tier last time out, hitting double figures with 11 goals during her second season with Forest.

Brown said: “I’m really excited. I’ve been in talks for a few weeks now and I’m just really excited to get into pre-season and get the season going.

“I’ve played in this league before and I feel it’s the right time for me now to step back up. Sheffield United is a good club with good players and I’m looking forward to being part of that environment.”

Head coach Neil Redfearn said: “What Rachel does is add another young player and another coming with great references. She had a great year for Forest, has an eye for goal and she offers us real competition in the midfield.

“We have a really strong midfield, but we’re on the front foot now with replacing Kasia [Lipka] and Rachel has that ability to make an impact.”

Sheffield United Women’s defender Ocean Rolandsen has signed a permanent contract with the club after joining on a short-term deal in January. The 22-year-old has enjoyed a successful spell since arriving from Watford, starting all […]

Sheffield United Women are leaving the Olympic Legacy Park to be based at Chesterfield FC’s Proact Stadium, initially until the end of the 2019/20 season. Blades chairman, Prince Musa’ad told sufc.co.uk: “Earlier in the season […]