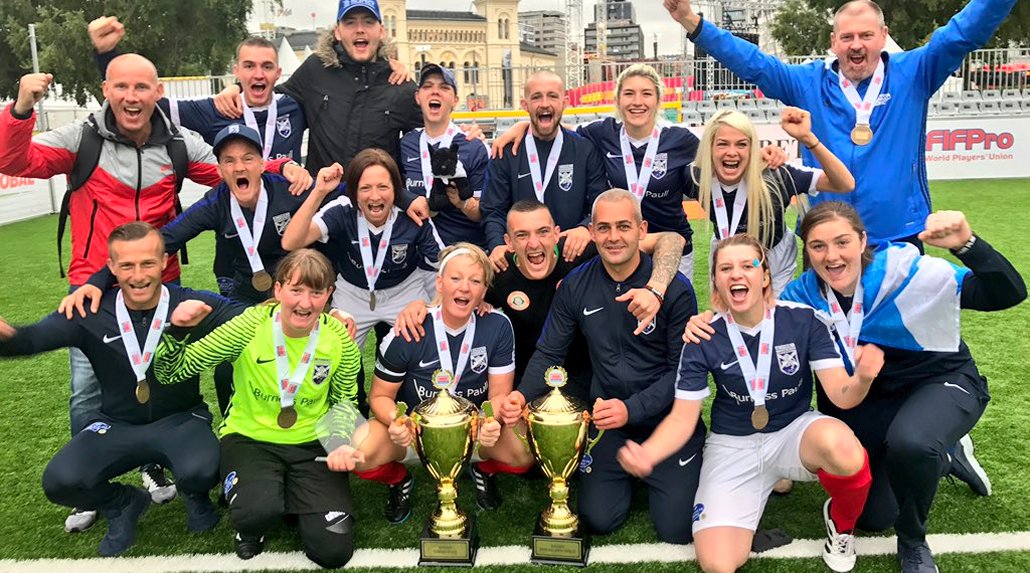 At the Homeless World Cup in Oslo, Mexico clinched the main competition, Scotland staged a stunning comeback to lift the Fretex Plate, while Wales won the Cobana Bowl.

The all South American Cup Final saw Mexico triumph 4-2 over Chile, while Kenya beat Kyrgyz Republic to third place by the same scoreline.

There were two seven-goal thrillers, as France edged Egypt 4-3 for fifth spot and England lost out to India in the seventh place play-off.

Scotland found themselves four goals down to the Netherlands in the Fretex Plate Final, before a remarkable response eventually brought them a 5-4 victory.

Republic of Ireland finished third after a 7-3 defeat of Greece, while Hungary hit Norway 6-1 for fifth spot and Sweden ran out 4-1 winners over Northern Ireland for seventh.

In the lesser of the three competitions, the Cobana Bowl, Wales were 6-2 victors over the USA in the final, while Belgium beat Norway Reserves on penalties for third position.

Scotland captain and former Seattle Reign defender, Rachel Corsie has signed for NWSL new franchise Utah Royals. “Continuing to add someone of Rachel’s experience and quality to our roster is important as we grow the […]

Scotland will miss out on the UEFA Women’s EURO finals in England after losing to a stoppage-time goal at home to Finland. It was a frustrating night for the hosts at Easter Road, with a […]