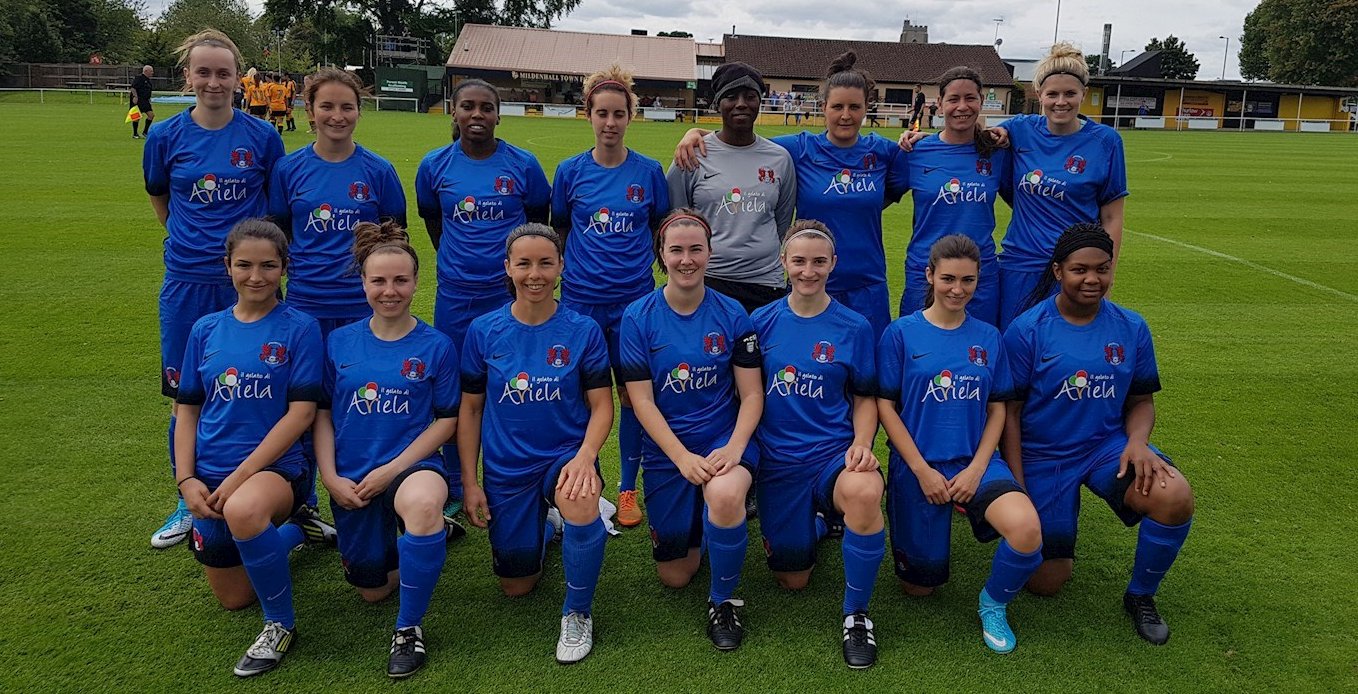 Leyton Orient went top of FAWPL South East Division 1 with an 8-0 thrashing of Haringey Borough, while Luton Town edged a nine-goal thriller in front of over 300 at Kenilworth Road.

Leyton Orient and Haringey Borough have had markedly different experiences since their promotion to the Premier League at the end of last season, with the O’s now top of the table but Borough bottom and struggling to adjust to the new challenge.

Orient struck twice in the opening 14 minutes at Mile End Stadium, as Sophie Le Marchand’s cross was tucked away by Haley Barton, who then turned provider for Chloe McNee to head home.

Egle Trezzi then set up Le Marchand to score and Barton got her second in-between two penalties which were converted by Danni Griffiths and Belen Ripoll-Douton.

Six down at the break, Borough limited Leyton to two second-half goals, as Trezzi netted from outside the box and Ripoll-Douton tapped home to double her tally.

Hats off to Luton

Luton Town rewarded a fine turnout of Hatters’ fans, rising to fifth in a goal-fest of a victory over Denham United.

Lauren Cox gave Denham a sixth-minute lead but Jess McKay rifled Luton level within the first quarter of an hour.

There was an impressive finish from the Hatters’ Joanne Rutherford after Lisa Nixon won the ball but the visitors would lead at the interval after Cox equalised from a 39th-minute corner and a third goal by Jenny Banfield followed before the whistle.

Rutherford scored her second of the game to tie the scores at 3-3 and the hosts were ahead again when McKay nodded in at the back post.

With 10 minutes left, Kayleigh Currivan got the fourth for United but McKay completed her hat-trick with Luton’s match-winner on 85 minutes.

Good news also for the Hatters, in that it has been confirmed that an injury to goalkeeper Grace Brooks was not a fracture.

Leyton Orient Women kitted out for Kick It Out anniversary

The Breyer Group Stadium, Brisbane Road, will host Leyton Orient’s FAWNL fixture against Norwich City on Sunday 24th March and the O’s will wear a special new commemorative kit to mark 25 years of the […]

Leyton Orient were 2-0 winners over Ashford Town (Middlesex) in the final of the Reposs Isthmian Women’s Cup at Aveley FC on Wednesday 17 April. Unbeaten Ashford, who play two levels lower than Orient in […]