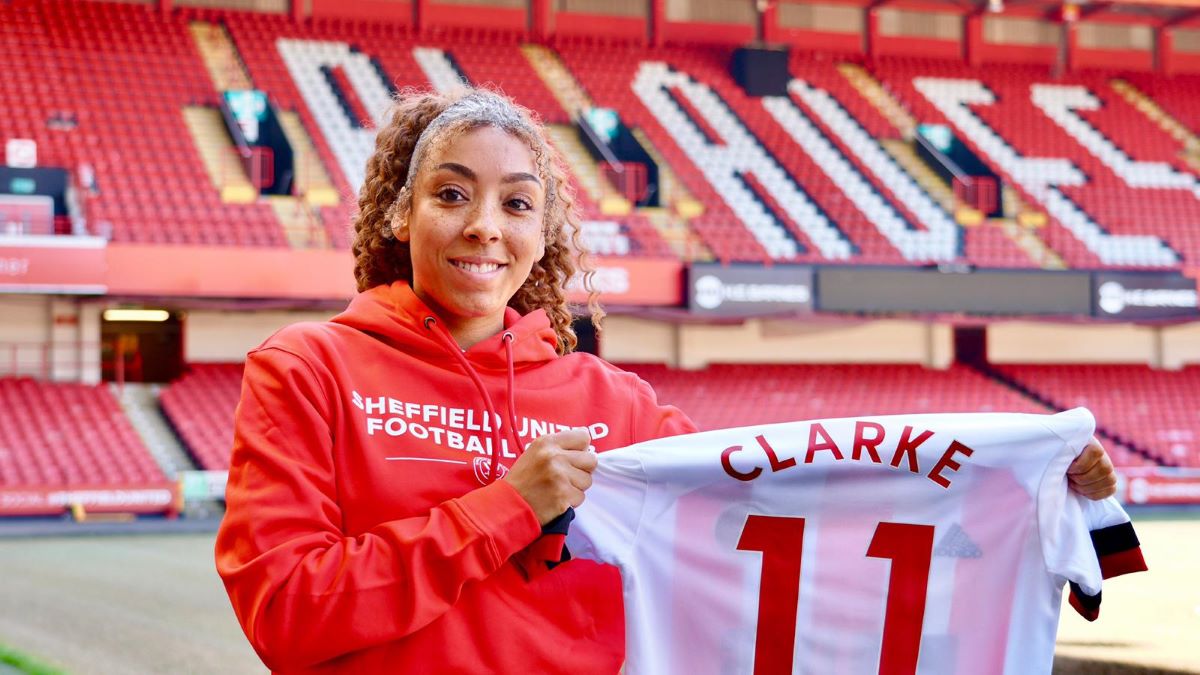 Clarke previously played 82 times for Notts County, chalking up 31 goals in the WSL, as well as 52 caps for the Lionesses, scoring 11 times.

Clarke commented: “I’m really excited, I’m really positive, but more importantly I’m feeling grateful too. I think initially from having the conversation with Redders [Neil Redfearn] I knew this is the right environment from me and I’m just really excited to join the journey.

“If you look at the team from a distance, they’ve always competed and that for me was very desirable. The way they play through the thirds, they were always scoring goals and it’s credit to Redders how he’s implemented his way of playing on the pitch.”

Head coach Neil Redfearn added: “It’s a great signing for us. Jess has got great pedigree if you look at the level she’s played at. An international footballer, scored goals at the highest level, we’re trying to evolve as a group and add players who give us a little bit of an edge on what we had and Jess is one of those without a doubt.”

Sheffield United forward Katie Wilkinson has been named the FA Women’s Championship player of the season for a second consecutive campaign. Wilkinson scored 19 goals in 20 games, ending the season as the golden boot […]

Sheffield United Women full-back Alethea Paul can add to her 37 appearances for the Blades after signing a new one-year deal. The former Manchester City player, who has also been an attacking midfielder, suffered an […]