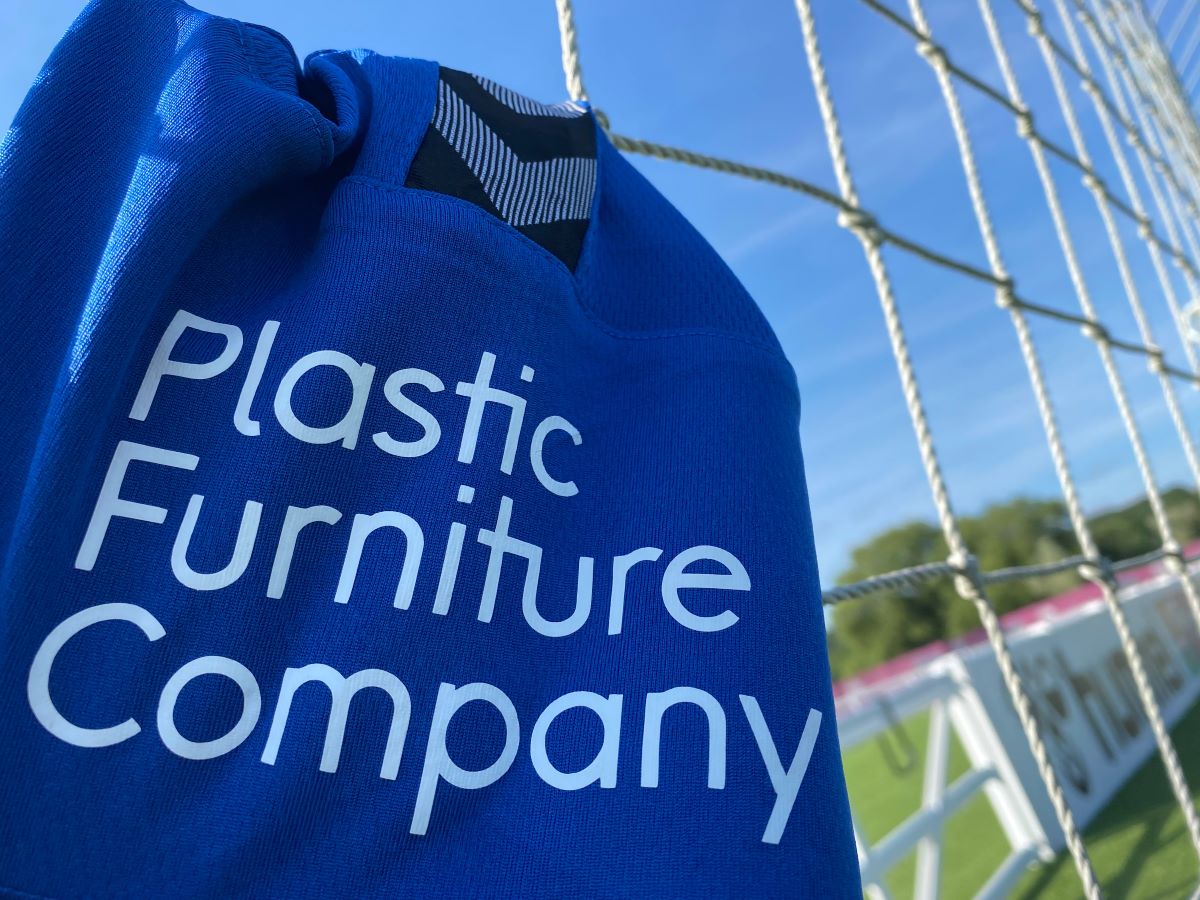 Durham Women FC have confirmed a new partnership with the Plastic Furniture Company, who will become the club’s official sleeve sponsor for the 2021/22 season.

With a focus on sustainability, the firm will be working alongside Durham Women in the 2021/22 season – to help encourage the public to keep recycling, so that further steps in reusing waste plastic can be taken by the industry.

PFC owner Patrick Connolly said: “I’m delighted to be able to help the club – and hopefully this is just the start of a bigger relationship.

“My daughter’s played football going back ten years, and it’s wonderful to see Durham doing so well as an independent club.

“They had such a good season last year and hopefully they can have an even better one this season.”

Durham Women manager Lee Sanders added: “As a club, it’s really humbling to have companies come to us and show a real interest in what we’re doing and how the club has grown over the years – and who really show a keen interest in wanting to get involved with us.

“They have shown a real keen interest in female sport and particularly football and as the profile and interest in the game grows, companies like the Plastic Furniture Company will play a huge part in that growth.”

#ContiCup: Group Stage draw to be broadcast live this Friday

Durham Women FC have made a new three-year agreement with Hummel – who will continue as the club’s technical teamwear partner. The sports brand have been long-standing supporters of the club and have provided fans, […]

Durham Women FC’s Emily Roberts, Megan Borthwick and Danielle Brown will remain with the Wildcats for the 2021/22 season. Winger Roberts, formerly of Doncaster Belles and Notts County, is rapidly closing in on making 100 […]

Durham Women FC have teamed-up with Amber’s Law – who will become the club’s first official charity partner. The partnership will see the Amber’s Law logo take pride of place on the sleeves of our […]