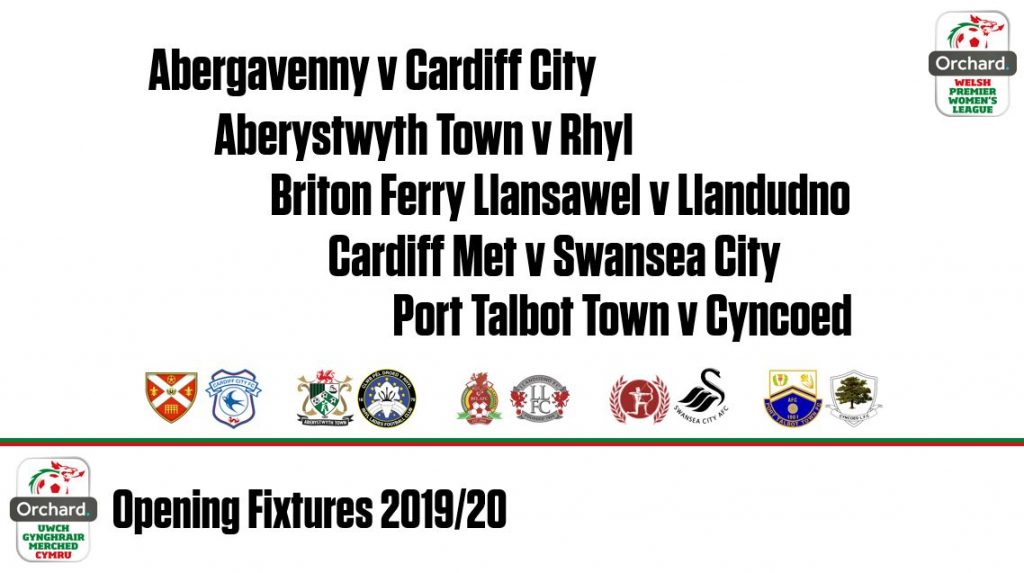 The WPWL kicks off on 8 September, as the season starts with the first round of the new WPWL League Cup a week earlier. The official launch of the new season will be on 3 September at the Wales v Northern Ireland game at Rodney Parade.

The WPWL is scheduled to finish on 12th April 2020, with the potential for a big game between Cardiff Met and Cardiff City Women on the final day. Other notable games throughout the season include Rhyl v Llandudno who will see out 2019 with their first derby on 15 December.

Abergavenny ran Port Talbot close for fourth place in last year’s campaign and the two will face each other on 27 October and 1 March and at the same time Briton Ferry Llanswel will be taking on Cyncoed, who were also closely matched last season.

The FAW Women’s Cup final is on Sunday 19 April and will be the last game of the 2019/20 season for the WPWL clubs.

The recently announced changes made to the League Cup format with a new group stage mean it’s a busy season for WPWL clubs.

The full fixture programme can be found on the league’s website.

The draw for the semi-finals of this season’s Welsh Premier Women’s League Cup has paired the leaders with Cardiff City FC Women. Cardiff City FC will host cross-town rivals Cardiff Met in the first semi. The sides […]