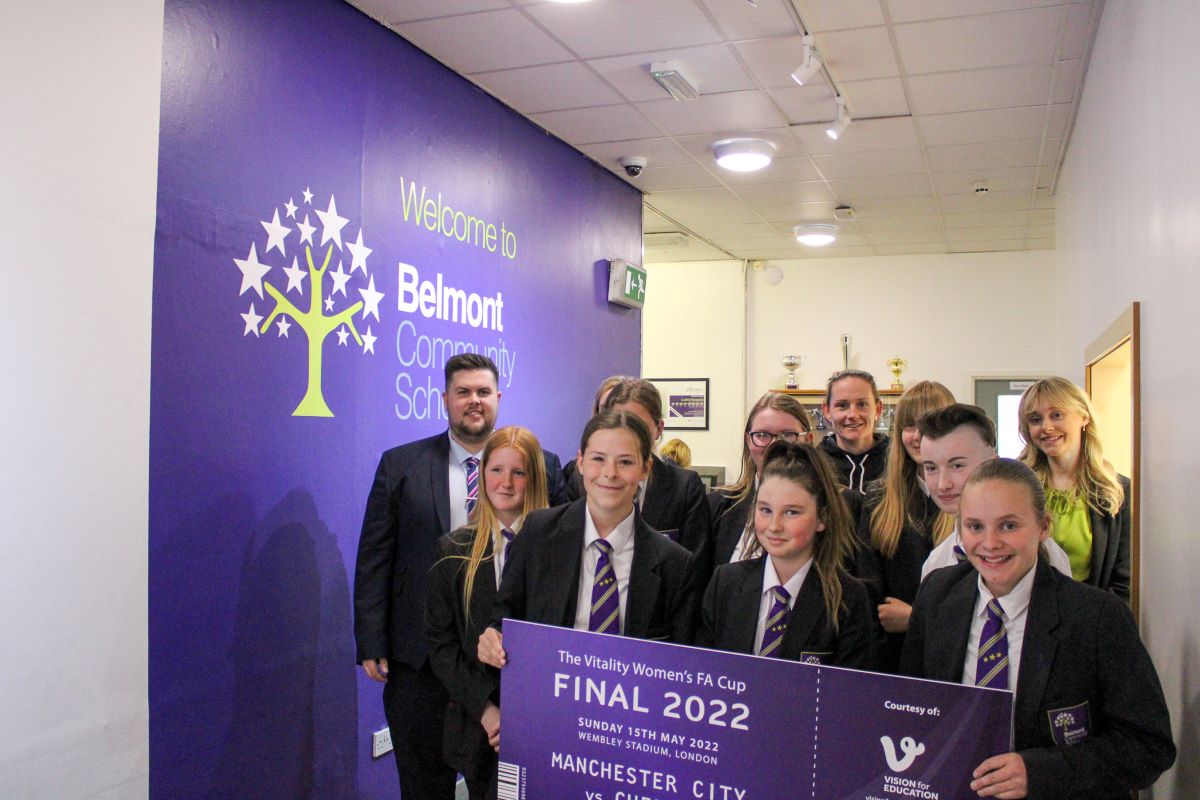 Four North East schools are on their way to Wembley Stadium – thanks to Vision for Education and Durham Women FC.

The FA Women’s Championship club have been partnered with the leading educational recruitment company since 2014, in what is now one of the longest-running shirt sponsorship deals in the country.

Since the relationship began, the club and Vision for Education have sent hundreds of children to England’s national stadium to watch international or cup final fixtures.

And that is continuing in 2022, with 50 pupils and members of staff from across the region given free tickets and travel to watch the Vitality Women’s FA Cup Final between Chelsea and Manchester City on Sunday, 15 May.

They will be joining a bumper crowd at Wembley Stadium, with over 40,000 tickets already sold for the showpiece event.

Vision for Education Branch Manager Paul Hillas said: “We are delighted we can offer students from schools in the Durham and Sunderland local authorities a once in a lifetime experience and visit the new Wembley Stadium to watch the Vitality Women’s FA Cup final.

“Having been unable to do this for the past two seasons during COVID, we are thrilled that we can give back to the students in the schools we work closely with.

“Thanks to our partnership with Durham Women we are able to offer students an experience and day out they will never forget!

“We hope that by doing this, more girls will become interested in football and it will go some way to help create football stars of the future.”

Durham Women Marketing Officer Mark Donnelly added: “This is always one of the highlights of the year, and seeing the excitement of the pupils is brilliant.

“It’s great that we can work with Vision for Education on exciting initiatives like this to give pupils in the region the chance to experience such a big fixture at Wembley.

“I’m sure it will be a fantastic spectacle for them all to watch, and it will hopefully inspire them to push on further with their own sporting ambitions.”

Durham Women’s Sarah Wilson, Beth Hepple and Ellie Christon have all agreed to remain with the Wildcats until 2023. Wilson was a key part of the defence that registered the joint-best defensive record in the […]