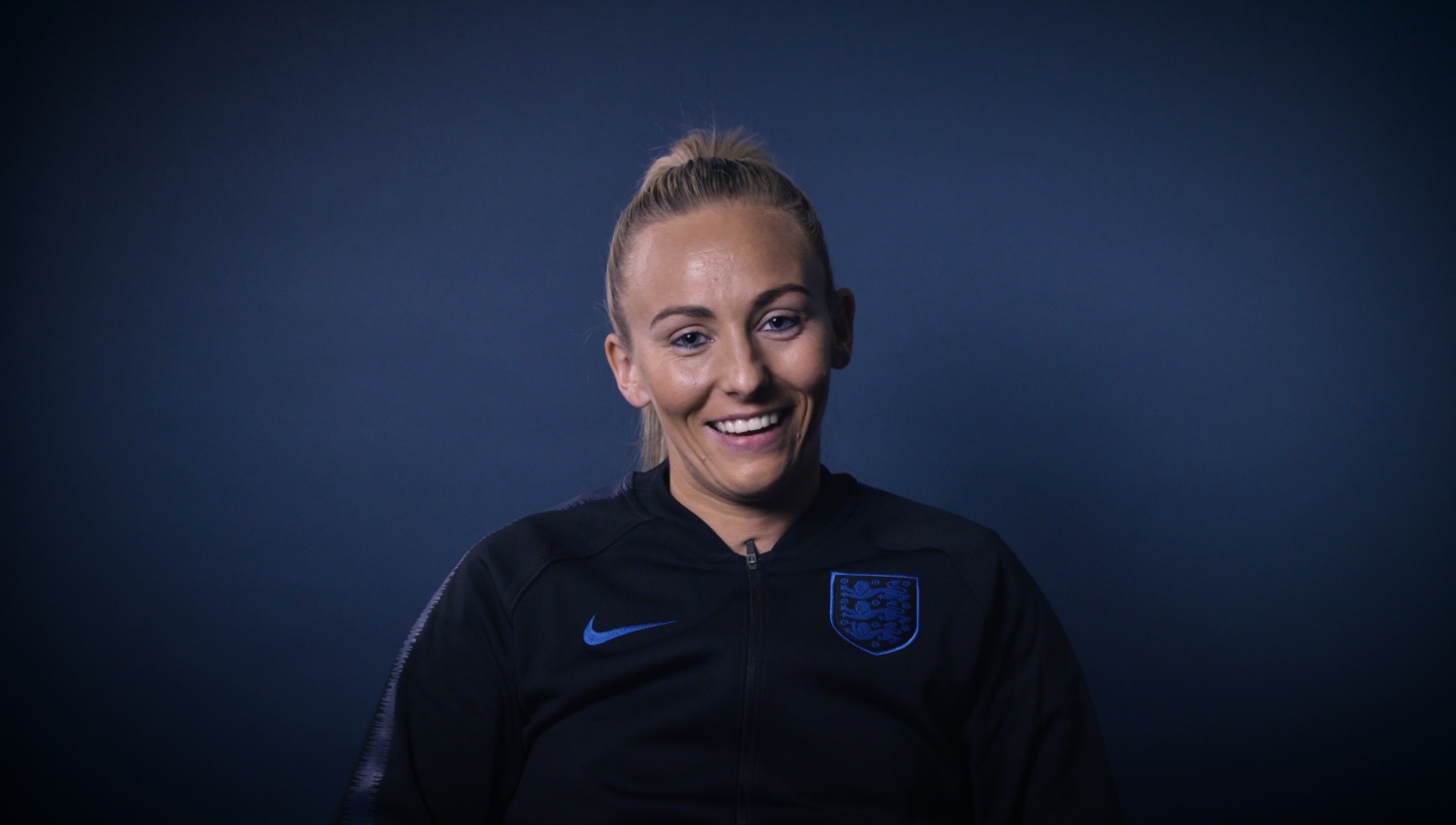 The FA has today released a new video featuring Toni Duggan as part of their 21 Days of Positivity Campaign launch.

In the video Toni describes the positive influences in her early life who have had a powerful impact on her career. She thanks her mum and grandad who have stood by her throughout her journey and explains if it wasn’t for them she wouldn’t be where she is today.

Across the 21 days, which is the period of time it takes to enact a behavioural change and form a habit, The FA will share messages of positivity on its social media channels, with England stars thanking those that have had the biggest influence on them.

Lioness and FC Barcelona star Toni Duggan, said: “Growing up, I was lucky to have a great support network in my family and coaches around me. My mum never once told me there wasn’t a future in women’s football. Without their positivity and belief, I wouldn’t be where I am today. I’ll always be grateful.

There’s no doubt in my mind the importance positivity can have in early football development.”

“It was my mum who introduced me to football, but both her and my dad have been massive for me. I grew up in quite a rural area so football was difficult to come by for girls. My dad used to drive me there and my mum would take extra hours to pay for the petrol. They’ve done the early mornings and late nights – so it’s a massive thank you to them for where I am today.”

“Mo Marley was a coach who was always so focused on helping people improve and would do anything for me – especially if my parents couldn’t get me to training. Andy Spence was another, he was great for me and would constantly remind me of how far I could go in the game. It’s probably down to them that I’m sitting here today as a Lioness.”

“I went to soccer camps on Sunday mornings and my coach Rachel Pavlou was passionate about the game, she encouraged me and created a football environment for females where we could feel free and have fun. She was selfless and never took credit for it.”

Manchester City’s teenage hotshot Georgia Stanway marked her senior England debut with a goal in a convincing 3-0 friendly win over Austria in Vienna. It was the latest headline manoeuvre from the 19-year-old attacking prospect, […]

#FIFAWWC2019: Duggan is fit & desperate to make her mark on the field, rather than just offering input off the pitch

When Toni Duggan walked onto the terrace at the hotel in Antibes on the French Riviera, just a few miles west of Nice, she was greeted by a swarm of journalists. But there was a […]