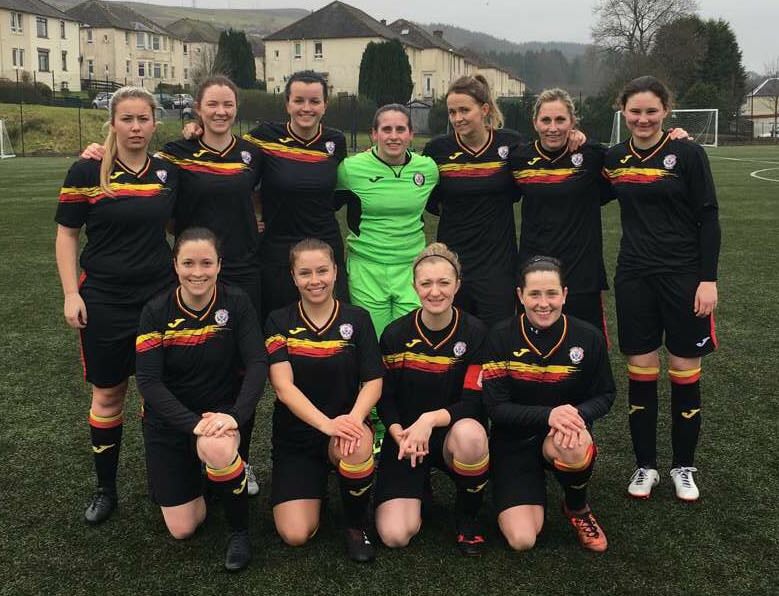 Boroughmuir Thistle needed extra-time to see off Raith Rovers, as did another home side, with East Fife edging out Westerlands thanks to a Teri Skivington double.

Deveronvale were a third team to win in 120 minutes but they did it by a three-goal margin away from home at Westdyke. Vicky Wood bagged a brace in Blackburn United’s 3-2 scoreline against Cove Rangers but it was a bullet-header from Shannon Mulligan that won the game.

Nicole Hutchison and Frances Fern both scored twice for Cumbernauld Colts and Kirsty Gilbert got their fifth, before Morton replied twice in a first half full of goals. The visitors got another back after the hour mark and Colts had Lisa McPhee sent off at the end.

Chloe Devine not only opened her account for Renfrew but hit a hat-trick in the 8-3 victory over Dee Ladies.

Elsewhere, Thistle Weir went through 3-1 at the expense of Falkirk.

The 2nd Round draw was made today:

Ties to be played on Sunday 11th March

It was also announced that the SWFL Division 1 Cup Final will be played at Spartans Academy on Thursday 3rd May, kick-off 7.45pm.

Nominations open for Biffa SWFL player of the season

Three SWFL players will be honoured with a player of the season award by league sponsor Biffa, as the Scottish Women’s League draws the last season in its current format to a conclusion. Ahead of […]