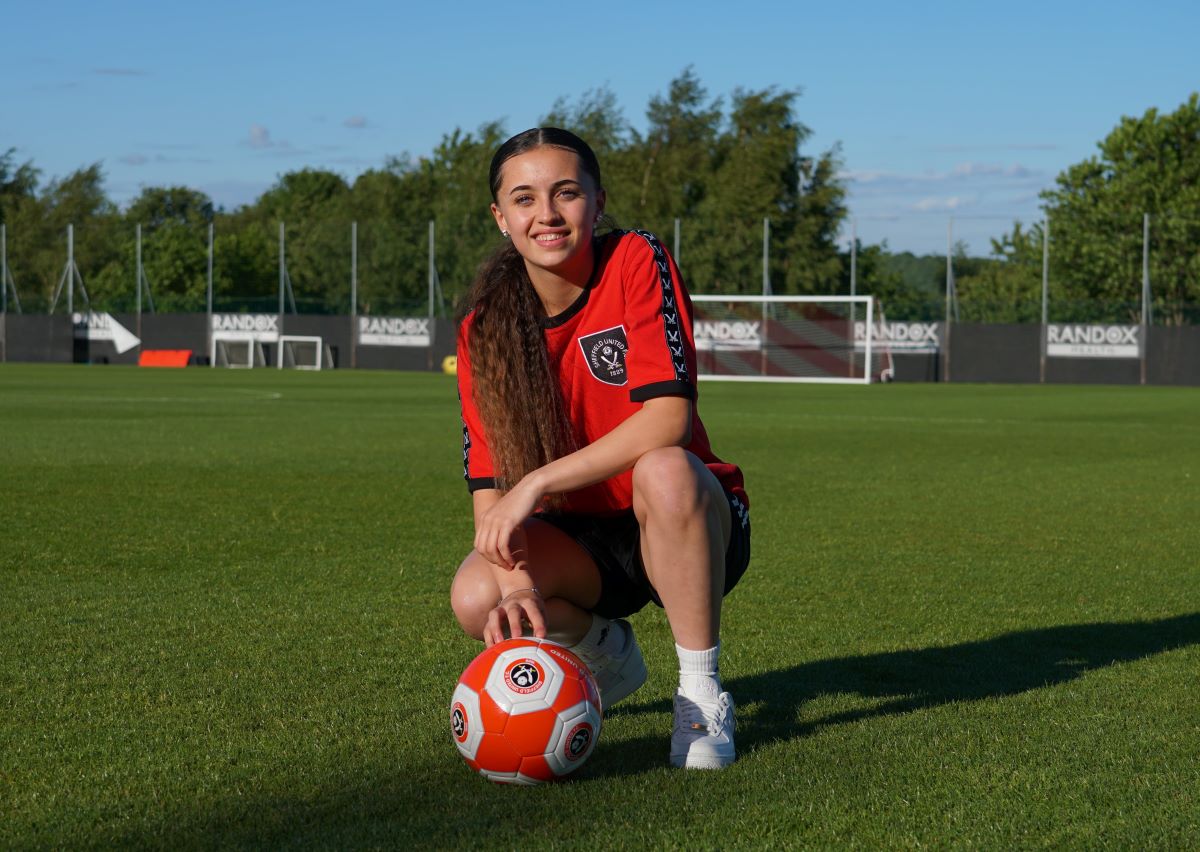 Sheffield United Women’s young forward Mia Enderby, who only turned 17 at the start of this week, has signed on for a second season.

The teenager joined the Blades last summer from Leeds United’s RTC and went straight into Neil Redfearn’s first team squad, making her senior debut on the opening day of the season against Blackburn Rovers.

A regular in the England U-17 squad, Enderby scored her first senior goal for United in the Vitality Women’s FA Cup against Stourbridge in December, and came off the bench to assist two goals in the league against Coventry United a month later.

Speaking about her decision to stay with the club, Enderby said: “I’m really happy to sign for my second season with Sheffield United. It’s an amazing bunch of players to be around, they have offered me a lot of help and advice last season and now I can’t wait to take that into the new season and hopefully do well.”

Head coach Neil Redfearn is also pleased to see one of the club’s most exciting young players remain a part of the squad for another season.

“Mia has shown at times she’s ready, she’s been part of it, and that’s a testament to Mia. Some of these young players, this is the time now for them to get their teeth into being a first team squad member.

“She’s got unbelievable ability. Great finisher, great pace, really good athlete and really aware of other players. She can play across the front three, we’ve got high expectations and we don’t want that to bog her down, but we want to give her more prominence this season.”

Sheffield United Women are to play all their home league games in the 2022/23 campaign at Bramall Lane. As the club enters its fifth season in the newly-titled Barclays Women’s Championship, United will be returning […]