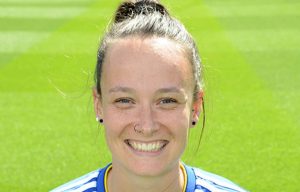 Birmingham City’s Abbi Grant’s bagged her first goal for Scotland Women as Shelley Kerr’s side earned a 1-0 win over Iceland and their second victory at the Pinatar Cup in Spain.

Scotland enjoyed a very dominant first-half as both Christie Murray and Erin Cuthbert forced saves, while Grant missed the target a couple of times when well placed.

Grant did make the breakthrough 10 minutes into the second half though, cutting into the box and curling a shot inside the far post.

Cuthbert, Claire Emslie and Emma Mitchell all threatened to add a second but Scotland had to settle for a narrow win.

A first Scotland goal for @absgee123 gives us the lead in the #PinatarCup.

Abbi Grant told scottshfa.co.uk: “It was my first start for Scotland today so to get a goal was the icing on the cake. I feel like the first chance I had was probably the easiest but I was happy to hit the net in the end.

“For my goal, I just saw the chance open up for me and thought I would just have a go. To score for Scotland was a special feeling.”

Scotland next play on Tuesday 10 March against Northern Ireland, with kick-off 7.30pm UK time and live on BBC ALBA.

The Irish lost 4-0 to Ukraine on Saturday, Nicole Kozlova’s opener added to by a rush of goals, a brace by Daryna Apanaschenko and one from Olha Ovdiychuk completing the scoring before half-time.

Scotland Women to play Iceland and Norway at La Manga

In preparation for their first ever World Cup finals tournament, Scotland will travel to La Manga, Spain in January for a training camp where they will also play two matches, reports scottishfa.co.uk. First up will […]

Scotland Women have two matches put back until 2021

Scotland Women’s matches against Cyprus and Portugal, which were due to be played in September, have been postponed until February 2021 by UEFA. Scotland were scheduled to play Cyprus away from home on 18 September […]