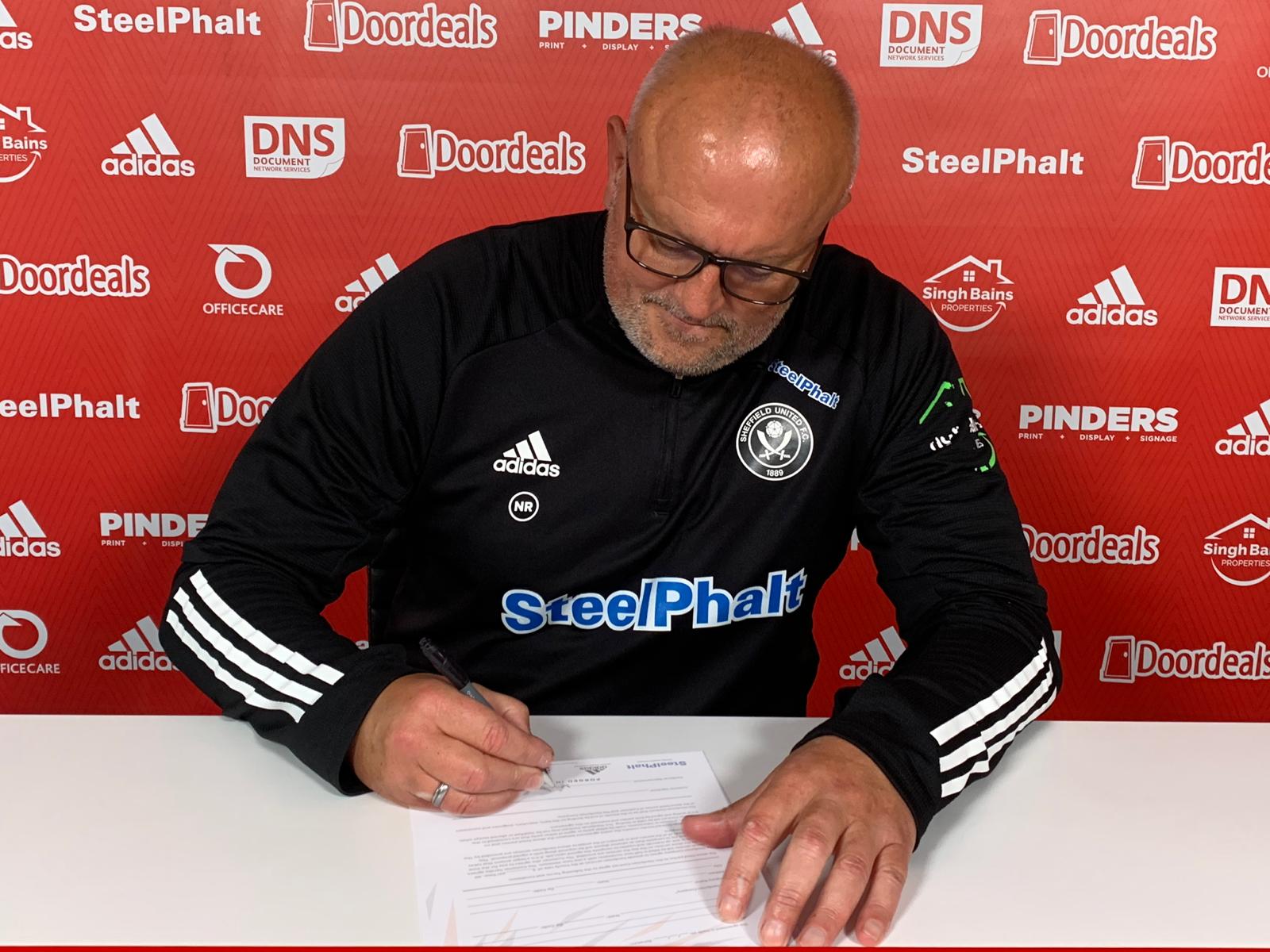 Sheffield United Women’s head coach Neil Redfearn has signed a new two-year deal to remain in charge until the end of the 2022/23 season.

After joining the club ahead of the current FA Women’s Championship season, Redfearn led the side to another top four finish, culminating in a last-minute win at Blackburn Rovers on Sunday to ensure the Blades continued their strong form in 2021, seeing the team lose just once since January.

United won 11 of their 20 league games in an increasingly more competitive division, ending the season just a point behind former WSL side Liverpool.

Under Redfearn, the team has flourished at both ends of the pitch with striker Katie Wilkinson sealing a second successive golden boot with her 19th goal of the league season against Rovers at Bamber Bridge on Sunday.

Goalkeeper Fran Kitching had the joint best record for clean sheets in the league, with 10 shut-outs in her 20 league appearances, including a couple of penalty saves in her last two games.

Stephen Bettis, Chief Executive Officer, said: “After a competitive finish in his first season in charge, we are delighted that Neil has committed for two more years, the aim being to continue to progress.”

Sheffield United Women have added three more players to their squad – all of whom have Women’s Super League experience. Carla Ward’s roster for the inaugural campaign in the FA Women’s Championship is coming together […]

Sheffield United have added forward Rhema Lord-Mears to their squad ahead of the second half of the FA Women’s Championship season. The 24-year-old arrives after spending the first half of the season with Blackburn Rovers, […]

The FA Continental Tyres Cup got underway on Saturday evening with a late goal giving Sheffield United the win at Aston Villa, while Crystal Palace took an extra point from the shoot-out with Spurs after the […]