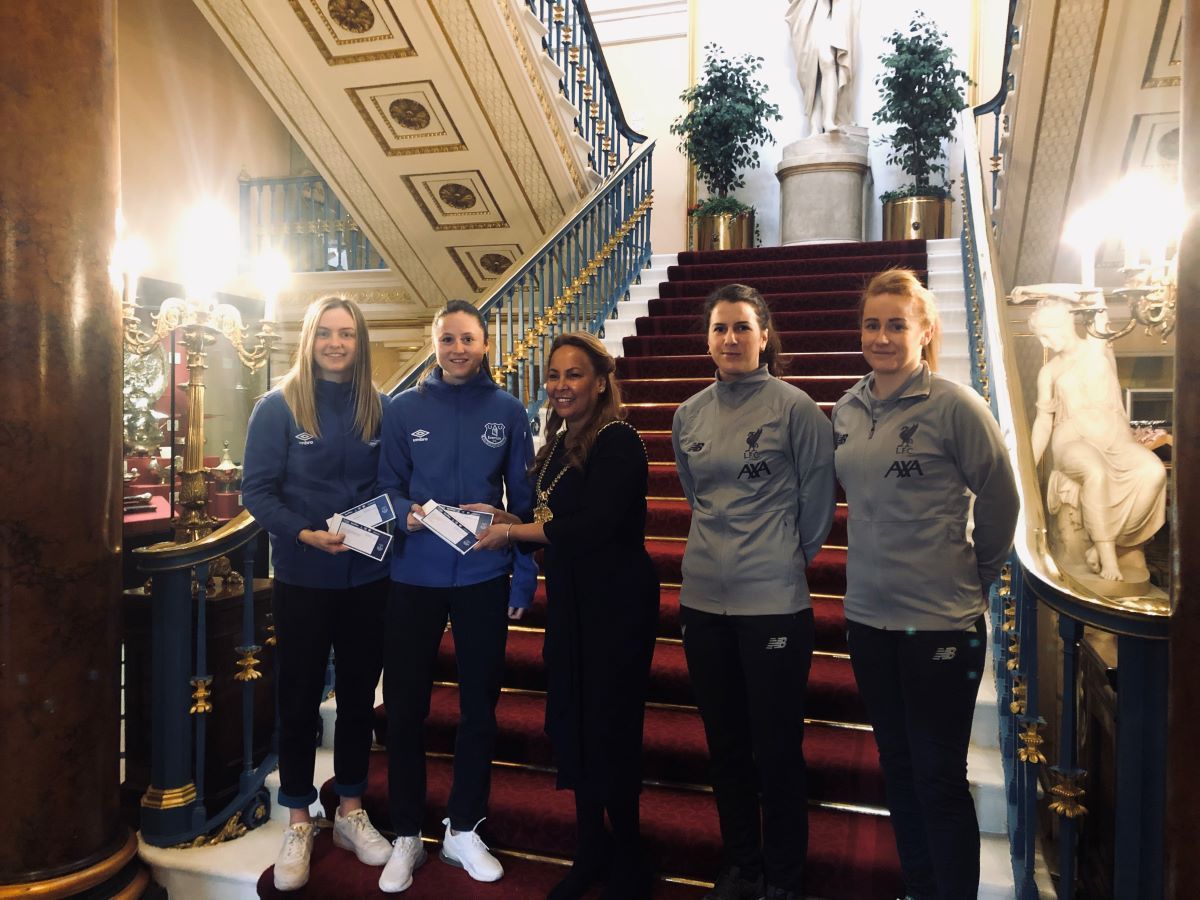 Lord Mayor of Liverpool Cllr Anna Rothery has described next week’s historic Merseyside derby between Everton and Liverpool’s Women on 9 February at Goodison Park as proof that the city is “genuinely committed to equality for all,” as she met players from both sides.

The game will be the second meeting of the two teams this season following Everton’s 1-0 victory in front of a derby record crowd of 23,500 at Anfield in November.

The Lord Mayor, who is the mayoral lead on equality said, “I think it says that as a city we are genuinely committed to equality for all – it is not just words. The first game was fantastic. I attended, and I saw how many people turned up and how proud they were to see the women play. I think there is genuinely the support there for women’s football in the city – it is now about hosting the games and ensuring that people have access to tickets.”

The Lord Mayor added, “Obviously there are barriers to attending football games, mainly financial, but there are other barriers also. The charities will disseminate them, so people who may never have thought about attending a game, or who have been unable to, will now have the chance to go. Once they have attended one women’s game, I am sure they will want to come to all of them. We really appreciate the gesture of the Club – it means a lot to us.” 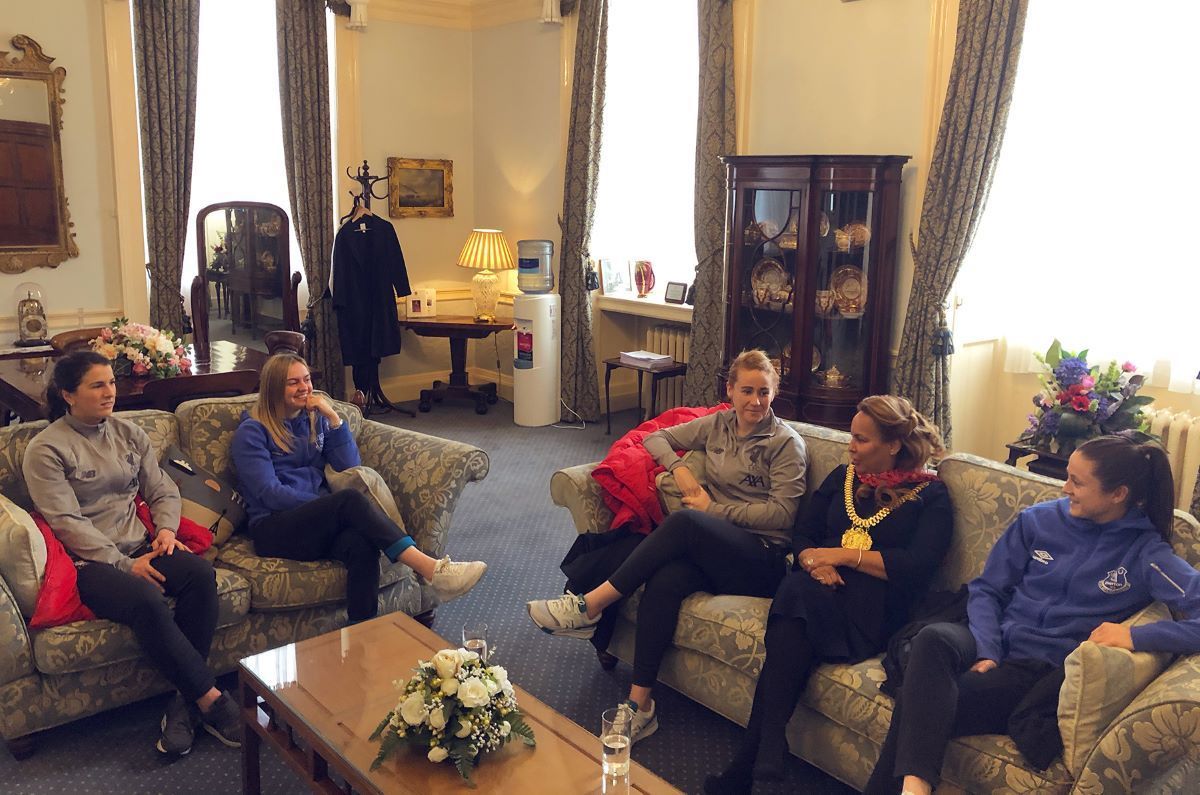 The club has also invited all girls’ grassroots teams in the Merseyside area to apply for free tickets to attend the match.

The game comes ahead of Everton Women’s move to a brand-new stadium at Walton Hall Park, which will bring elite women’s football into the heart of the city of Liverpool on a regular basis.

Lucy Graham said, “The Lord Mayor is a very powerful woman in her own right and you know what she stands for – that is equality and diversity – whether that is in sport or in everyday life. She is a role model, has shown a great interest in our sport and comes along to the games – it is fantastic that she will be attending both derbies to show her support for women’s football.”

Danielle Turner added: “Liverpool is a big footballing city, and it was an honor to meet the Lord Mayor and to push women’s football in the city ahead of the derby game.

“We saw the crowd at Anfield and we want to replicate that or go one better at Goodison. The support we received on that day was brilliant. The fans have been fantastic for us this season, and hopefully the crowd at Goodison will be the best we’ve seen.”

Chelsea won 4-1 away to West Ham United to cut Arsenal’s lead in the Barclays FA Women’s Super League to five points with two games still in hand. Pernille Harder headed against the post from […]

Birmingham City continue to battle for Barclays FA Women’s Super League survival when hosting Everton on Friday. Manchester City go to West Ham in a Saturday morning game and a win will put them level […]