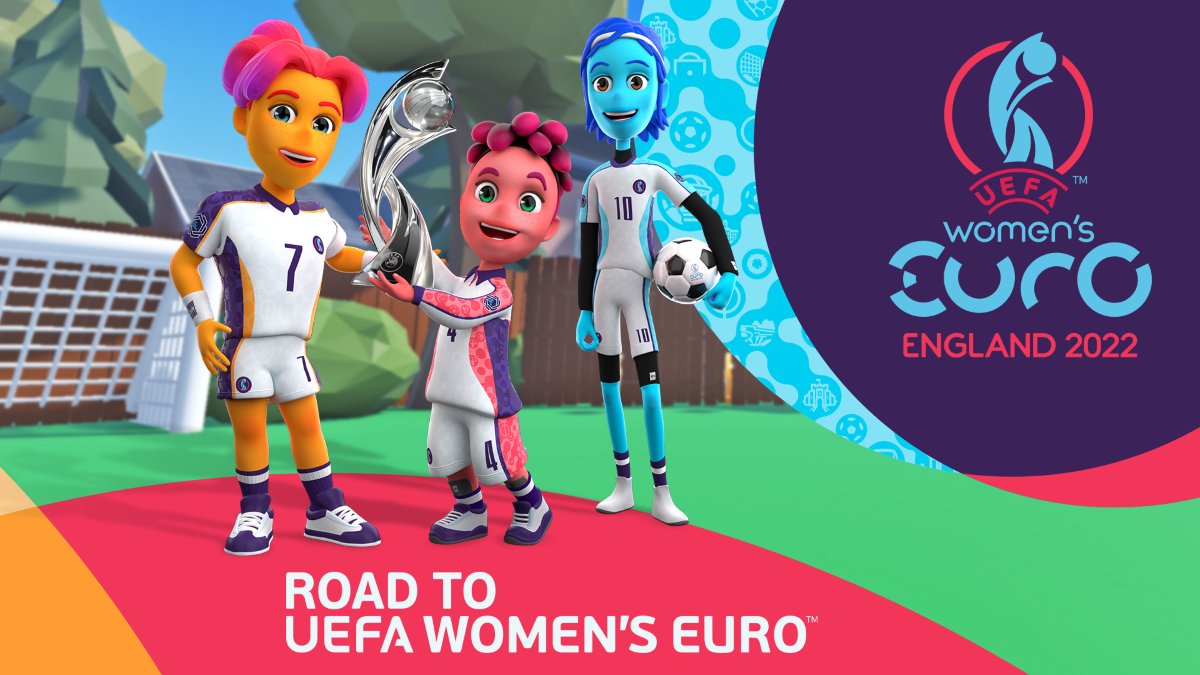 With less than 100 days to go until UEFA Women’s EURO kicks off at Old Trafford, UEFA has unveiled the tournament’s first Hat Trick heroes before a ball has been kicked: a trio of fun mascots who are making their debut in the metaverse.

Kai, Robyn and Ashley appear as interactive characters in ‘The Road to UEFA Women’s EURO’ game on Roblox and star in a skills challenge and edu-tainment series on YouTube alongside Europe’s top players, which will also be distributed via the UEFA Football in Schools programme.

This groundbreaking campaign aims to appeal directly and authentically to young girls and boys on platforms they consume daily. UEFA are joining other global companies including Nike and Nickelodeon by hosting the game on Roblox, a platform that has over 50 million daily active users – of which over 50% are children under-12.

In the game players can dress their avatar in their favourite participating team’s colours and train with Kai, Robyn and Ashley to earn their game powers before taking on a series of Obbys (obstacle courses.) Playing against the clock, players must complete each obstacle course as quickly as possible by scoring goals and collecting golden tournament tickets along the way, with encouragement at each checkpoint by the mascots. A stadium Obby will be unlocked in June. 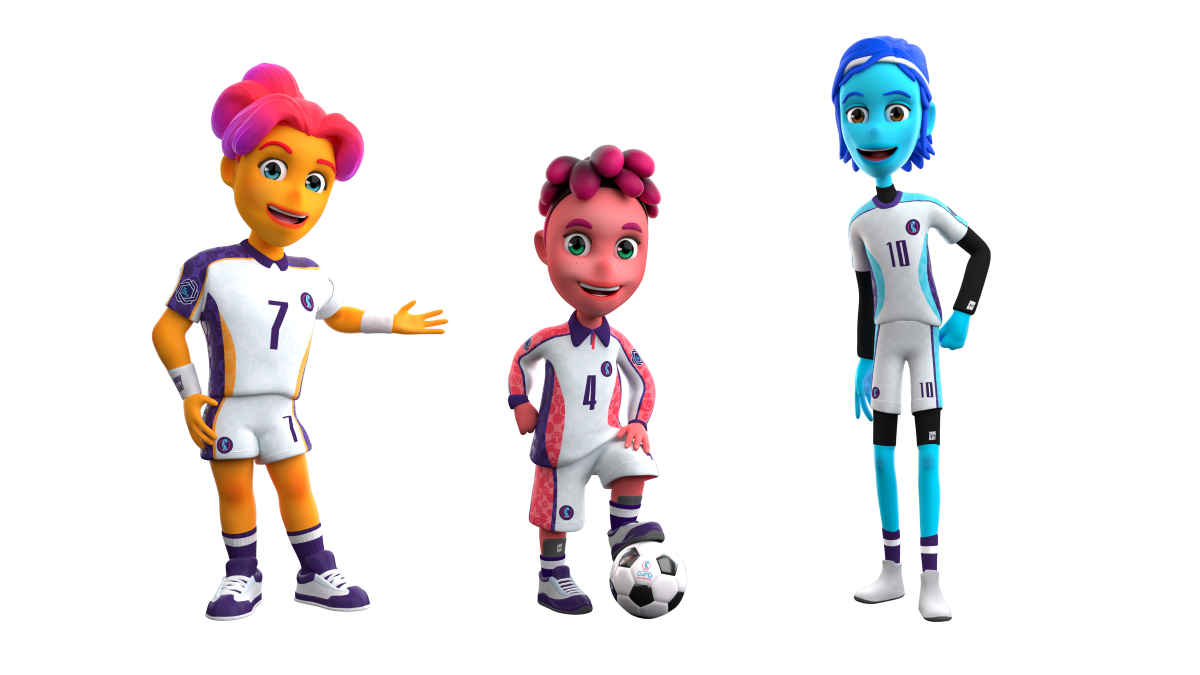 Aiming to inspire children between eight and eleven to both play and engage in football, the mascots call on the help of international players to help them ‘level up’ their skills, understand better the key skills needed to play goalkeeper, defender, midfielder or forward, and to teach them more about how to best fuel their body and to have a good mindset for football and life.

The video series can be viewed by children, parents and teachers on YouTube, and will also be shared with schools across Europe through the UEFA’s Football in Schools programme.

“It has the potential to inspire millions of girls and boys to play football, so it is important for us to take the tournament to the platforms and spaces they occupy. We hope our new gaming experience will capture the imagination of children and get them to interact with football and UEFA Women’s EURO in a way that we have never explored before.

“But of course, we want them playing football in real life as well as engaging online. We hope by that by also putting Europe’s best players at the heart of this campaign alongside our Hat Trick mascots, that we will give girls and boys across Europe new heroes to emulate.”

“Europe’s next top players are out there right now, and the UEFA’s Women’s EURO mascot campaign could be the initiative that inspires them to fall in love with the game,” said Spanish midfielder, Alexia Putellas. “It’s been brilliant to play a role in encouraging children to be active. We want to ensure that everybody, everywhere has the opportunity to play football, so it’s exciting that this initiative is being rolled out in schools across Europe.”

“But there is no better way to inspire the next generation than by delivering a world-class, entertaining tournament, and we certainly aim to make the UEFA Women’s EURO an unmissable event this summer.”

The Hat Trick mascot campaign supports one of the main goals of Time for Action the UEFA Women’s Football Strategy – to double girls’ and women’s participation in football by 2024.

More information on how to play the Roblox game can be found here, and the YouTube skills series is available to view here. Tickets for the tournament are also on sale now at www.uefa.com/womenseuro/ticketing.

With Jorge Vilda’s Spain squad continuing their preparations for the UEFA Women’s EURO 2022 with impressive friendly victories over the Netherlands and Mexico, She Kicks’ Nick Aitken caught up with Nati Gutiérrez – UEFA Pro […]

With UEFA Women’s EURO 2022 captivating fans in Europe and beyond, the tournament’s most popular players on social media are being determined. bettingexpert.com has collected the number of social media followers of all the players […]

Northern Ireland are just one step away from securing a Women’s Euro 2022 qualifying play-off spot after a thrilling 3-2 victory over Belarus at Seaview Stadium on Friday night, writes Josh Bunting.  A win against […]