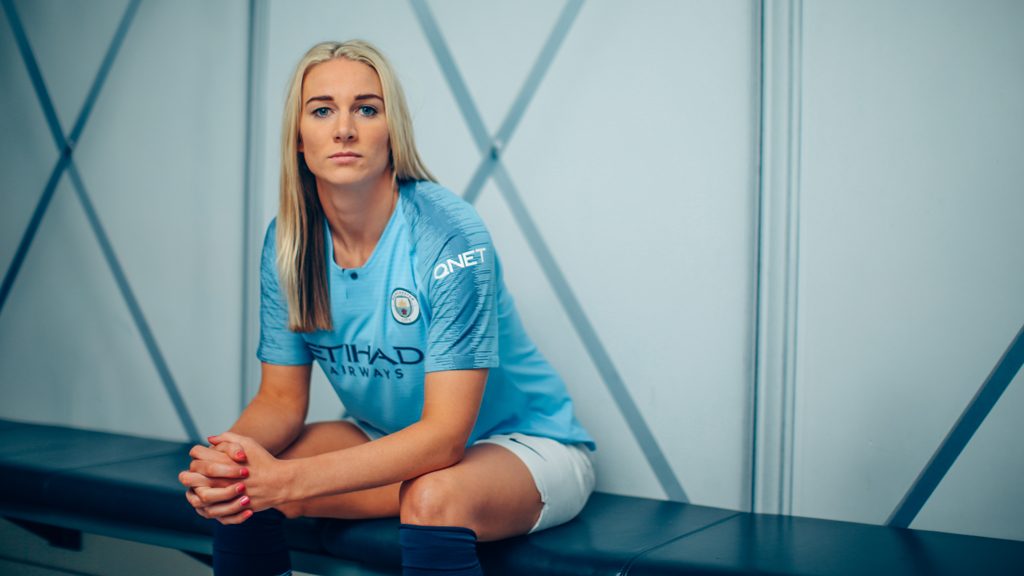 Manchester City have announced the signing of Gemma Bonner, who today has joined the club on a two year deal from Liverpool.

The defender has nine caps for England, as well as having appeared for all ages groups from U-17 upwards, including winning the U-19 Euros.

Bonner was Liverpool Ladies Player of the Year in 2018 and won back-to-back WSL titles with the Reds.

I’m really excited. It’s great to be part of such a special club. I think they’ve been the leading team in the women’s game for a couple of years now, so I’m delighted to be here and I can’t wait to get started.

[My first impressions of the Club] have been fantastic. When I first came to look around and I spoke to Nick [Cushing] I was really impressed with the facilities and the vision of the club. I want to be playing at the top level and I feel like here I’m in a good place to do that and to continue to push on.

I think City have shown the way for women’s football and the younger generation. They’ve really been the leading light and since they’ve come into the League, they’ve really taken the game to the next level and that can only encourage the young girls out there aspiring to be footballers. It’s been great to see what they’ve been doing both on and off the pitch.

On the current Manchester City squad

I know a lot of the girls. I’ve played with some of them internationally and at previous clubs as well. I spoke to a couple of players and they only said positive things about the club. As players, you want to be at the top clubs competing against the top teams. The players that they’ve got here, the quality of training and the intensity is something they’ve all spoken about, and the level of coaching, so I feel it will take me to the next level.

I’ve always admired the way they play. They’re a very structured, well-organised team and I think a lot of the teams you probably know what they’re going to do, but they’re that good at it that it’s hard to stop them and I’m looking forward to being part of the team.

I want to win more trophies, that’s one thing I’ve come here to do. The club have shown they’re competing on a regular basis in all competitions. I’ve experienced playing in the Champions League and it’s an opportunity to do that here. I just want to keep on improving and keep being successful.

Manchester City suffered a 3-0 defeat to Barcelona in their UEFA Women’s Champions League quarter-final 1st leg away tie played in Italy. Ellie Roebuck was twice called upon to keep her side on level terms […]

A selection of snaps from the #SSEWomensFACup Final 2019, where Manchester City’s second half performance saw them put three past a spirited and well-supported West Ham United. (Images: PA Images & Lynne Cameron for The […]