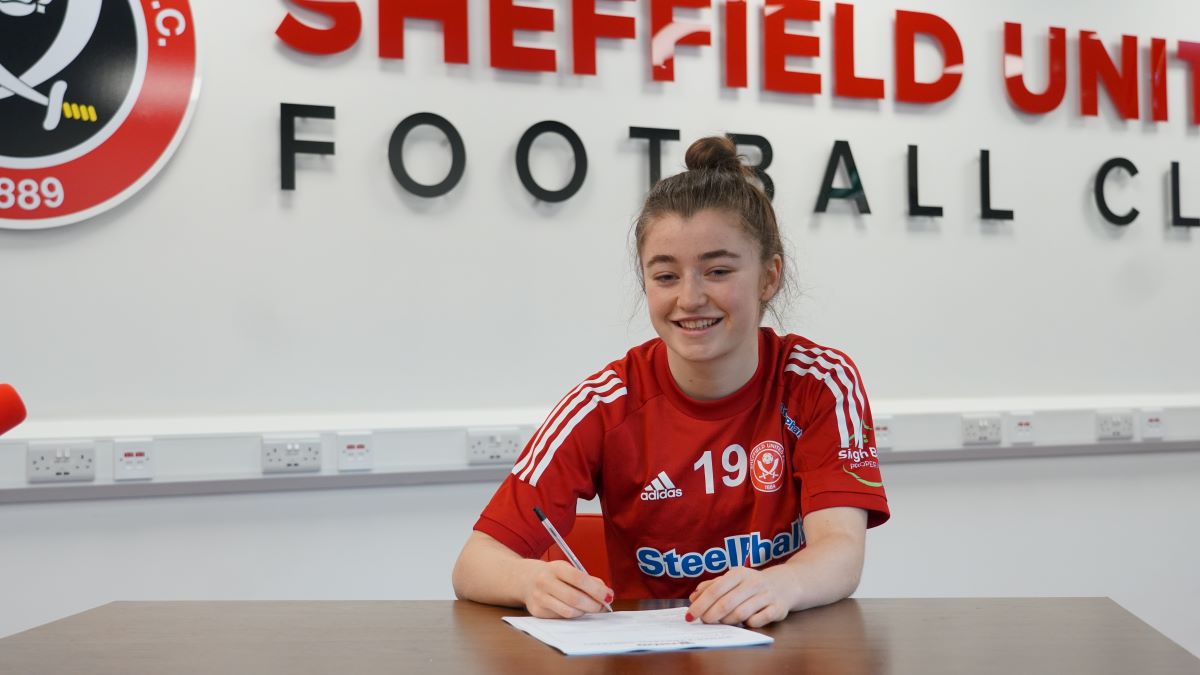 Sheffield United Women’s youngster Charley Docherty has signed her first professional contract at the club ahead of the 2021/22 season.

Docherty turned 18 at the end of May and has now put pen-to-paper on a professional contract after stepping up to the first team last summer, shortly after head coach Neil Redfearn arrived at the club.

The teenager can play a range of positions and has progressed through the club’s development system since first joining at the age of 13, culminating in her senior debut against Leicester City in the FA Women’s Championship back in January.

After impressing throughout the campaign in training and appearing in several matchday squads, Redfearn is delighted another one of his exciting young players will be staying at the club.

“She’s got to take great credit for the way she has performed and developed as a player. We’ve got really high hopes for Charley and it’s fantastic to sign her. She’s a vital part of the group and she’ll probably get a lot more minutes this season.”

Docherty added: “It feels unreal. It feels like a lot of hard work is definitely starting to pay off. I think over the last year is where I’ve made most of my development as a player.

“I trained partly within the first team when I was with the development side, but this year has really opened my eyes to aspects of the women’s game I didn’t realise, just how much hard work it takes to be performing consistently at this level. I’ve learned a lot from those around me, especially Redders and some of the older girls, it’s definitely been a year of learning.”

Sheffield United Women have confirmed that defender Ali Johnson and centre-back Hannah Coan have both left the club. Johnson, who made two league appearances for the Blades this season, has re-joined Blackburn Rovers, for whom […]