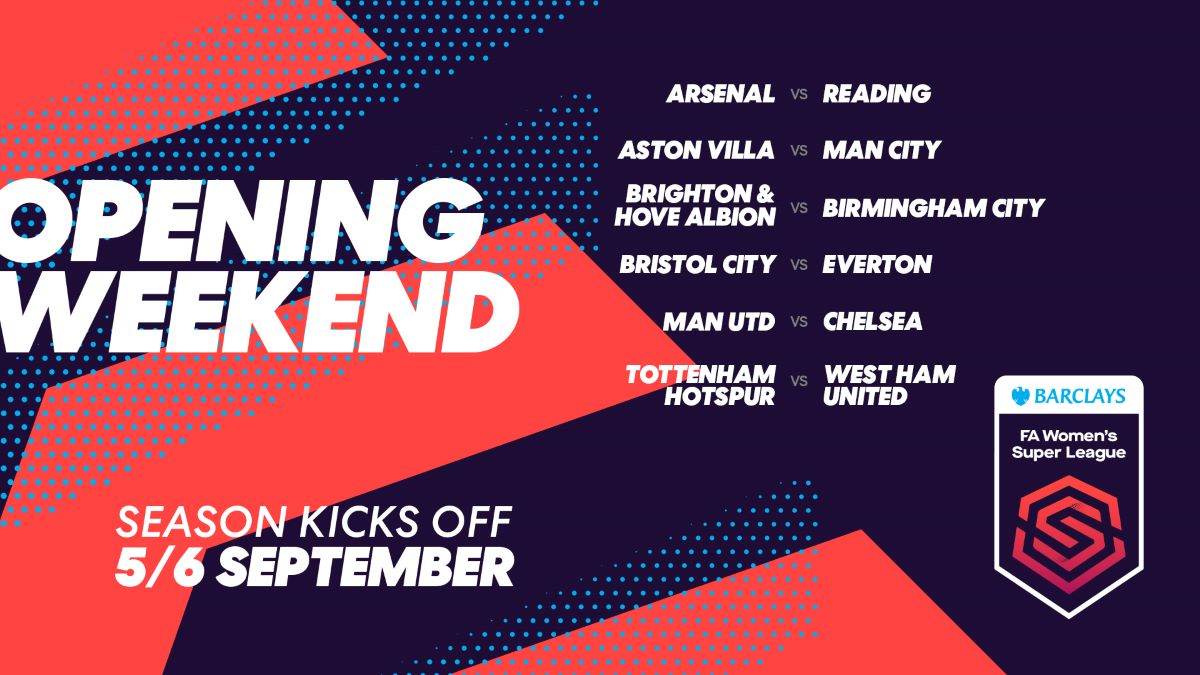 The opening two rounds of fixtures for the Barclays FA Women’s Super League and The FA Women’s Championship 2020/21 season have been announced.

The full fixture list across both leagues will be released in early September, with the season due to start behind closed doors until it is safe for fans to return.

A full list of kick-off times will be released once confirmed, with broadcast fixtures still to be decided.

Kelly Simmons, Director of the Women’s Professional Game, said: “Fans have had to wait a while to see some live action and being able to announce the first two rounds of fixtures ahead of so many other leagues was something we really pushed for to build up the excitement ahead of the season starting.

“We’re really looking forward to seeing our players back on the field to show off their talent and showcase the very best of what the Barclays FA Women’s Super League and FA Women’s Championship has to offer. My hope is that they will be joined by supporters in our stadiums soon, because fans make the matchday experience even more special.”

Once again fans will be able to stream Barclays FA Women’s Super League fixtures on The FA Player that are not chosen for broadcast, while selected FA Women’s Championship matches will also be streamed live.

#FAWSL & #FAWC back after festive break

The first three kick-offs of 2019 are all big games in the capital starting with a South London Saturday evening derby, followed by West Ham against league leaders Arsenal and a Championship title ‘six-pointer’. Saturday […]

#FAWSL: Opening 2020-21 fixtures to be released next week

Fixtures for the start of the 2020-21 Barclays FA WSL and FA Women’s Championship campaigns are to be revealed on Friday 7 August. The competitions were earlier announced to be commencing on the weekend of […]