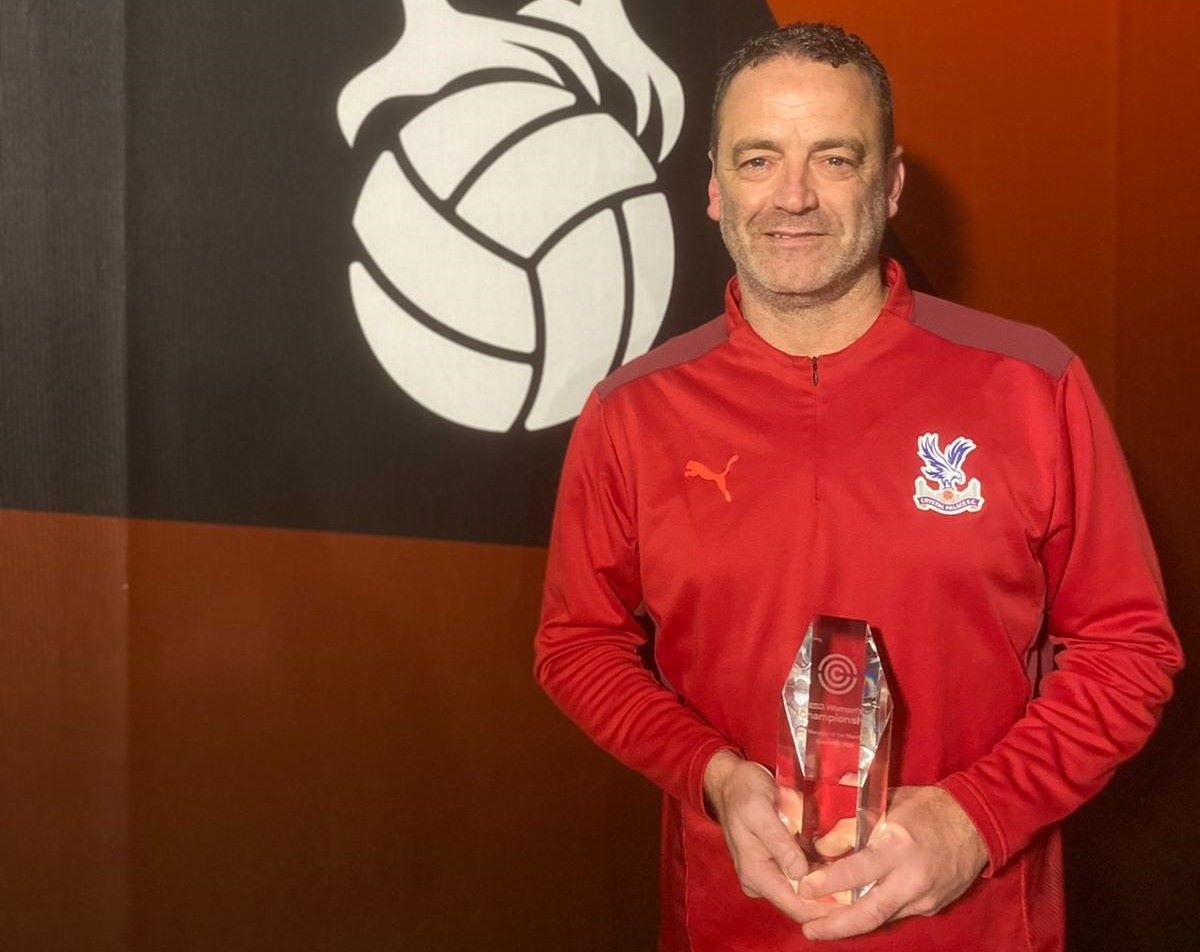 Crystal Palace’s Dean Davenport has been awarded The FA Women’s Championship Manager of the Month trophy for November by the LMA Panel.

Upon receiving the Manager of the Month trophy Davenport said: “Firstly I’d like to take this opportunity to thank the LMA for being voted. I’m privileged to accept this award on behalf of all the staff at CPFC Women. It’s important to me that everybody gets the recognition for all the hard work put in on and off the pitch.

“Everything we achieve is as a group and is a big team effort, the preparation and information for games by the coaching staff, the players, all the way to the day to day running of the club by the General Manager. It takes a lot of effort so as a group its imperative everybody supports everybody.

“Big credit must of course go to the players who have performed fantastically well week in and week out to give ourselves the opportunity to be in the position we are at present. The confidence is up, and the current performances are a credit to them.

“We are all experienced to know football can change very quickly so it’s important we remain consistent with our work ethic to help maintain our progression.”

Chair of the League Managers Association panel Marieanne Spacey-Cale MBE added: “Dean has organised his team really well this season and made them a difficult side to beat. In recent weeks, they’ve found the edge required to win games consistently and the resulting climb up the table reflects their competitiveness in the league. Most notably, their 3-1 win against Durham, who were league leaders at the time, shows how far this squad has come.”

#FAWC: Blades and Foxes have clear chance to catch leaders

Sheffield United and Leicester City both have a chance to go top of the FA Women’s Championship, with leaders Durham not playing. FAWC fixtures for Sunday 1 November Lewes v Liverpool (Lewes FC, 12:00) – […]