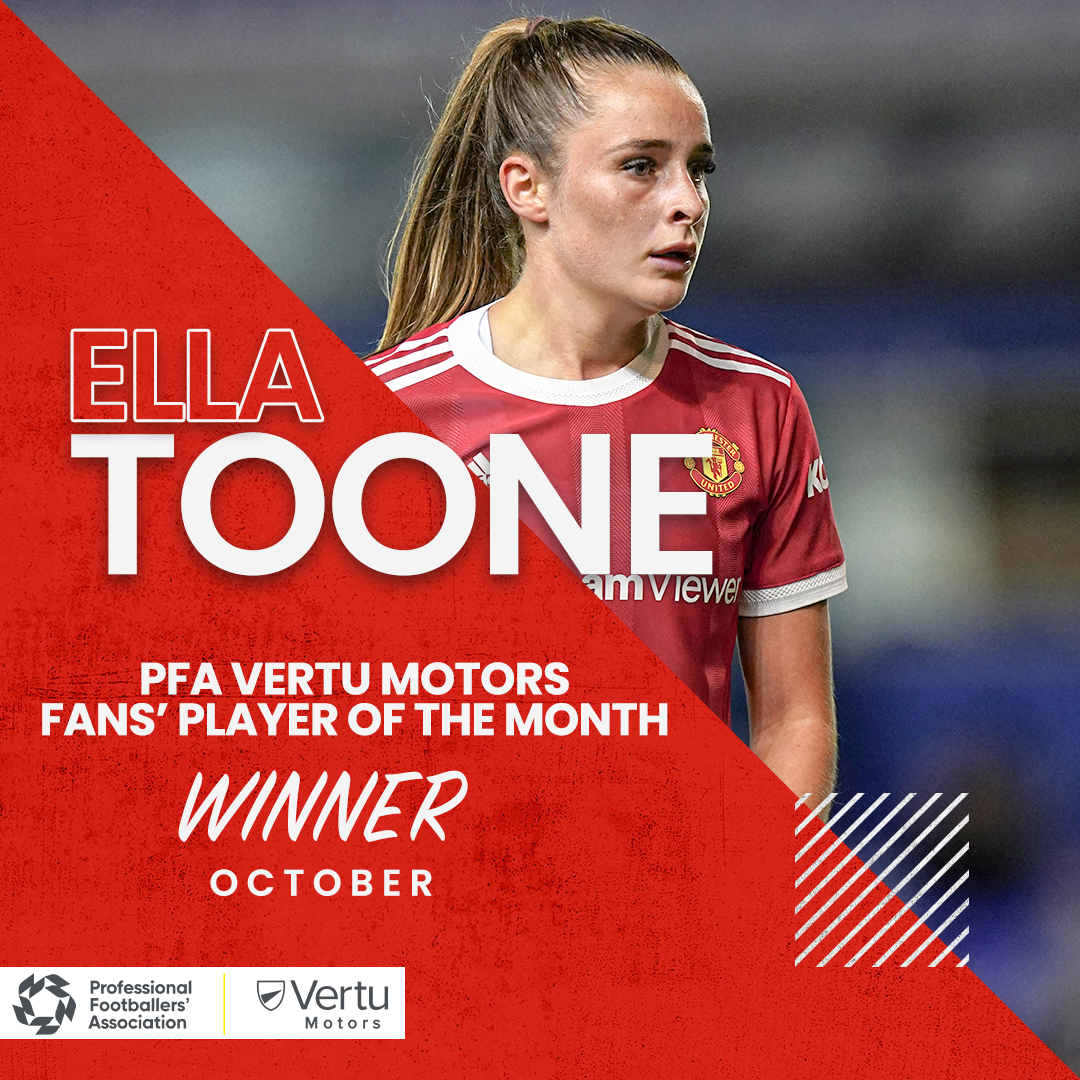 Last month’s winner in the WSL – Fran Kirby – was edged out this time by her England teammate, who also saw off competition of three nominees from table-toppers Arsenal.

The awards – which are made for the Premier League, WSL, Championship, EFL League One and EFL League Two – saw a significant rise in engagement this month compared to September, with a 96% increase in voting and 70% more entrants taking part.

In the second of a series of videos from the PFA and Vertu Motors this season, Ella Toone reveals the influences that have helped her become a regular for Manchester United and England. The winner […]

The PFA Vertu Motors Fans’ Barclays FA Women’s Super League Player of the Month award nominations for October have been made. League leaders Arsenal have had another glittering month in the FA Barclays WSL and […]