Order The Latest of She Kicks Magazine 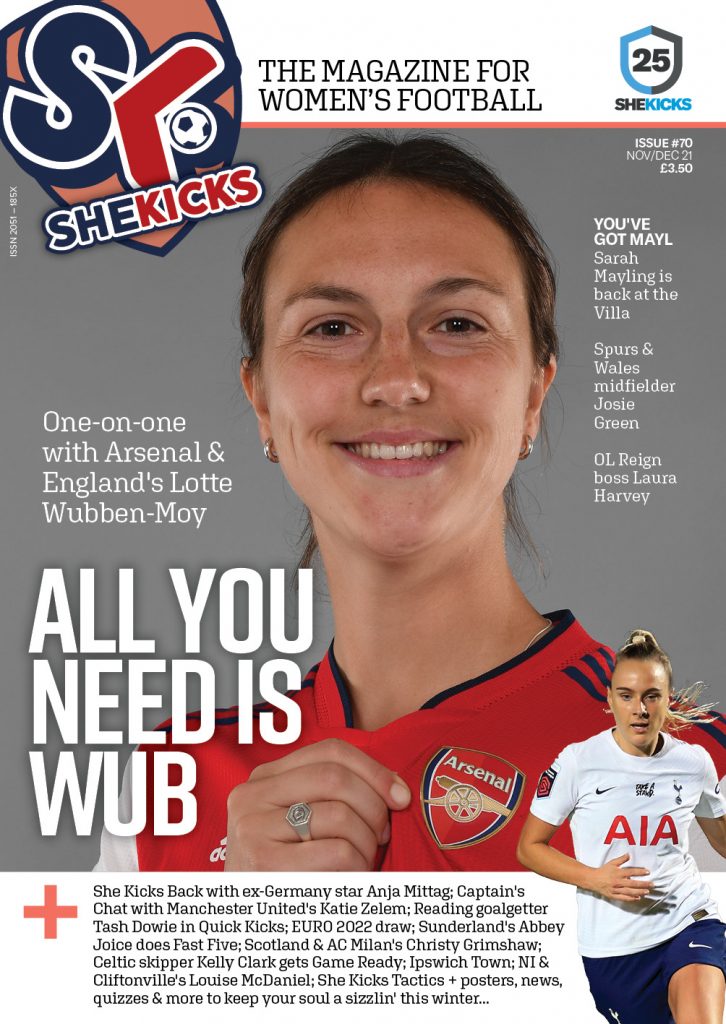 25th anniversary issue! As She Kicks celebrates a quarter-century since we began (as On the Ball), we close out 2021 with another action-packed, interview-stacked, 72-page issue. Here’s a look at what’s waiting for you in SK70…

Sarah Mayling, back with Aston Villa and catching the eye in the WSL

What happened next? On the Ball Issue 1 cover

She Kicks Tactics: Breaking down the 3-4-3

You can preview the first 16 pages of this issue by taking a look at the digital issue here.