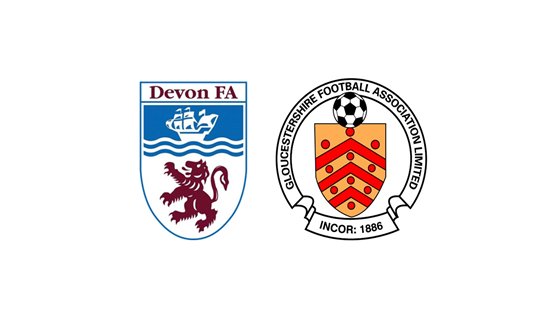 Devon last night held off a fightback from the South & West Counties Championship holders, with a 4-3 victory over Gloucestershire at Newton Abbot.

The reigning champions were starting their defence of the trophy but found themselves three goals behind by half time, although Devon did admit that scoreline was ‘a little flattering’.

Rosanna Blacker hit a Devon post but the hosts then struck three times in a 14-minute spell.

Blacker reduced the arrears 10 minutes after the restart but Abi Breban’s daisy-cutter from 20 yards restored the three-goal cushion.

Still with 17 minutes left, Blacker blasted her second into the roof of the net and into the final 7 minutes Maddy Brown’s strike whistled in to close the gap to a single goal.

The visitors threw everything at Devon but the home side managed to hold on to make it four points from two games.

The next match in the competition is on Sunday 12th August, when Gloucestershire entertain Wiltshire at Oaklands Park.

Gloucestershire went clear at the top of the South & West Counties Championship table after posting a second successive five-goal margin of victory. They had begun with a 7-2 success in Dorset and before Wednesday’s […]

Gloucestershire made a winning start to their South & West Counties Championship campaign, as Dorset were defeated 7-2 for the second successive Sunday. Abby Rose and Elsa Carrera each bagged a brace, while Abi Todd, […]

Wiltshire bounced back from losing the opening game in the South & West Counties Championship 6-4 in Somerset, by sending Dorset to a 7-2 defeat. Mia Mugford got the opening goal for the hosts at […]