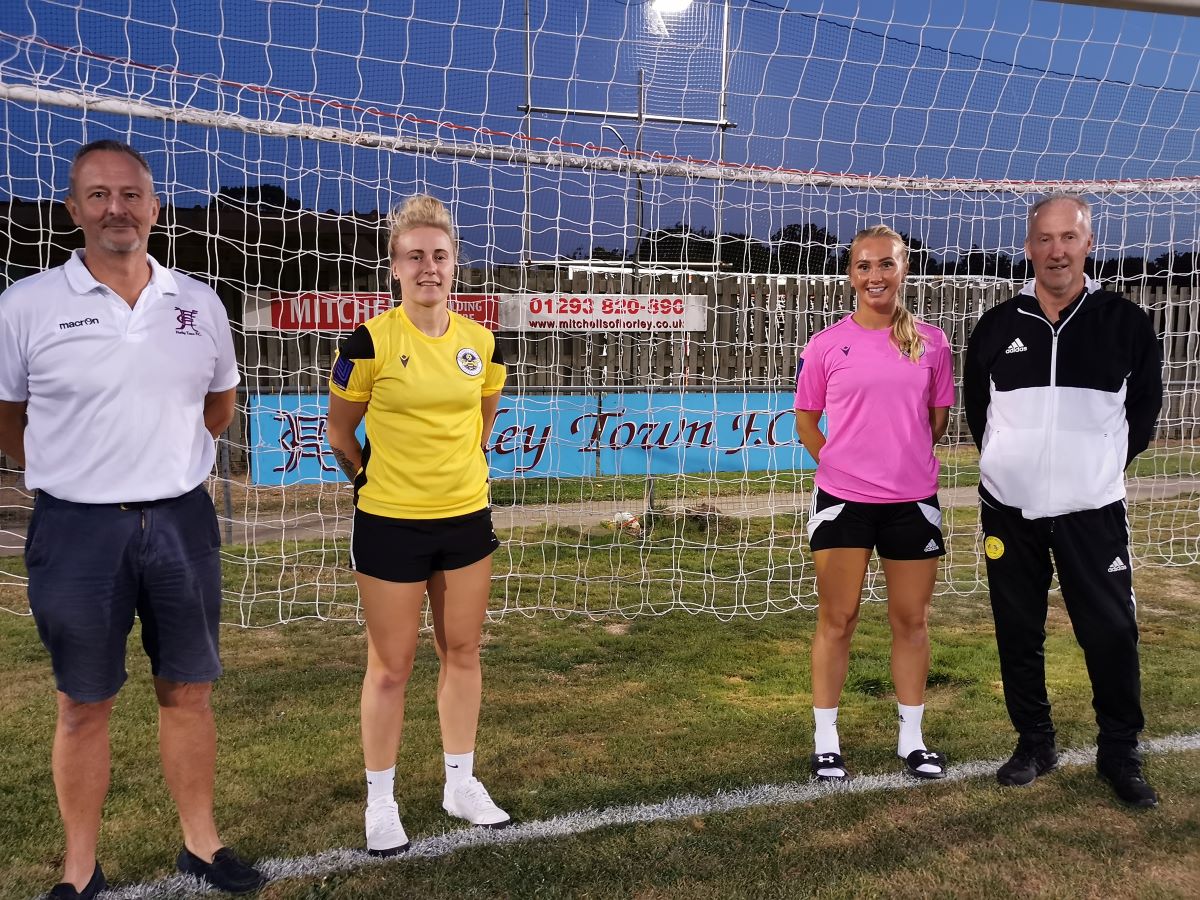 “I’m delighted we’ve got an agreement in place with Horley, a club very local to Crawley, with a fantastic pitch and facilities.

“I’d like to thank everyone at East Grinstead Town, where we played last season, for the support we
received.

“The talks between ourselves and Horley have been very positive and we’re all excited for the
season ahead at The New Defence, starting with the visit of MK Dons this weekend.”

“Crawley Wasps have created a buzz locally with their performances over the last couple of seasons.

“We’re thrilled that they will be bringing the third tier of women’s football to Horley, and I know our club and our town will get behind them.

“Jack and his board and Dave Cole and his players have been very complimentary about what we
have to offer, and we’re looking forward to seeing them in action.”

The New Defence, off Court Lodge Road in Horley, opened in 2003 and has a capacity of 1,800. The
club play in the men’s Southern Combination League.

Entry to the MK Dons game on Sunday is strictly by online ticket purchase only (£5 adults, £3
concessions/U16s). Visit www.ticketsource.co.uk/crawley-wasps to book.

The SSE Women’s FA Cup fourth round was made this morning, live on BBC Radio 1Xtra and Crawley Wasps were given a massive tie at home to Arsenal, while Chelsea will start their defence of […]