Wolves Women boss Dan McNamara was named Manager of the Month by the National League after a perfect October for his Division 1 Midlands team.

Five wins from five League and Cup games saw Wolves move five points clear at the top of the table while progressing in both the FA and League Cups, reports Tony Leighton. 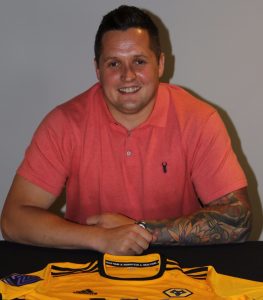 McNamara said: “It’s been a fantastic month as a group for us, an amalgamation of the hard work put in by the players and staff on and off the pitch.

“Everything came together at an important stage of the season, and full credit to the players who went out and executed our game plans just as we wanted.”

The nap hand of wins was made up of two in the League, two in the FA Cup and, perhaps the most outstanding result, a League Cup win at Fylde – who play a tier higher than Wolves, in the top flight of the National League.

“We went to Fylde as massive underdogs,” said McNamara. “They’re a strong, experienced team, but it was an opportunity for us to show we’re serious about achieving our ambitions and that we’re ready to mix it with the best.

“The girls were brilliant. We had to come from behind then won the game at the death in extra time – that showed staying power as well as footballing qualities.” 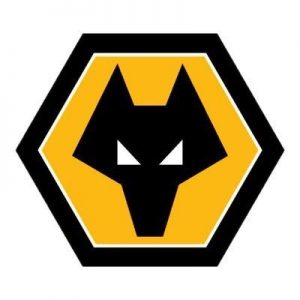 November’s scheduled first game, a top of the table clash with Long Eaton on Sunday, was frustratingly postponed due to a weather affected pitch.

But McNamara made the most of the situation by travelling south to watch next Sunday’s FA Cup first round opponents Luton Town in action.

The Hatters drew 1-1 with Colney Heath and McNamara said: “It gave me a chance to see what Luton will bring to the game at Castlecroft.

“They’ve had a great run through the qualifying rounds of the Cup, so we’re expecting a tough match – but we’ll be ready for it.

“Winning the League is our top priority, but making progress in the Cups keeps the momentum going and that’s the aim after the great month we’ve just had.”

Delighted to receive this on behalf of the club. There are no individual awards in football, it’s a result of all the effort put in by Staff, Players, Family and all the Volunteers. Let’s see what November brings 👊🏻⚽️🐺@WolvesWomen @FAWNL #wearenational #hardwork https://t.co/ykZfEBI26x

The 2019-20 FA Women’s National League season was yesterday ended and records expunged but here is how things stood when the campaign was halted. Sunderland were 11 points clear of Derby County in the Northern […]