The 2019 SWPL 2 champions Hearts face Rangers in their opening top flight fixture this afternoon and leading the team out will be solicitor Mariel Kaney, writes CATHERINE ETOE.

The 28-year-old midfielder joined Hearts in April 2018 and having played for Hibs and Spartans during her football career, boasts more than a decade of experience in the Scottish top flight. Here’s what the Hearts club captain had to say about her love of pre-season, playing for former Manchester City technical director Kevin Murphy and the kind of football we can expect from the SWPL 1 newbies this season.

SK: So Mariel, we know you’ve played in Scotland for some time, but you’ve also experienced college football in America, what was that like?

MK: It was amazing, it feels like a different life now. It was a bit like a film, it’s very professional. You’re training at 6am and then you go to college all day, you walk around in your kit because you’re a footballer. Then you train again after college and have three matches a week. It’s a really condensed season, so you get planes to games and it’s not uncommon to have a nine hour bus journey. I played a season, had a four year scholarship but decided to come back and study law.

SK: So your day job is working as a solicitor, how do you fit your football in with that?

MK: It’s tiring but it’s during the day, so if I need to train in the morning, a little gym session, I can, or at lunch and then I train with the club in the evening or at the weekend. I manage to fit it all in just about.

SK: Did you manage to get a holiday between the end of last season and the start of pre-season?

MK: Yes, last season was really intense for us. We obviously managed to get promotion, but it was a full year of work. We went back into pre-season the November before and finished in November so it was a full year of quite hard going. So we had December off, which was nice and we came back fresh in January ready to go.

SK: So what is your routine like now you’re back?

MK: We train four times a week, Monday, Wednesday and Thursday nights and Saturday morning. We do two things each night, analysis and pitch sessions, or gym and pitch, you’re in for about three hours.

SK: Did you manage to stay fit during your holidays?

MK: Yeah, the game is so much quicker now and very physical so even when you’re off you need to stay in shape or you’re going to struggle. So it’s a mixture of strength, cardio stuff, running in the gym or running outside, but definitely trying to tick over or you really will struggle when you come back. 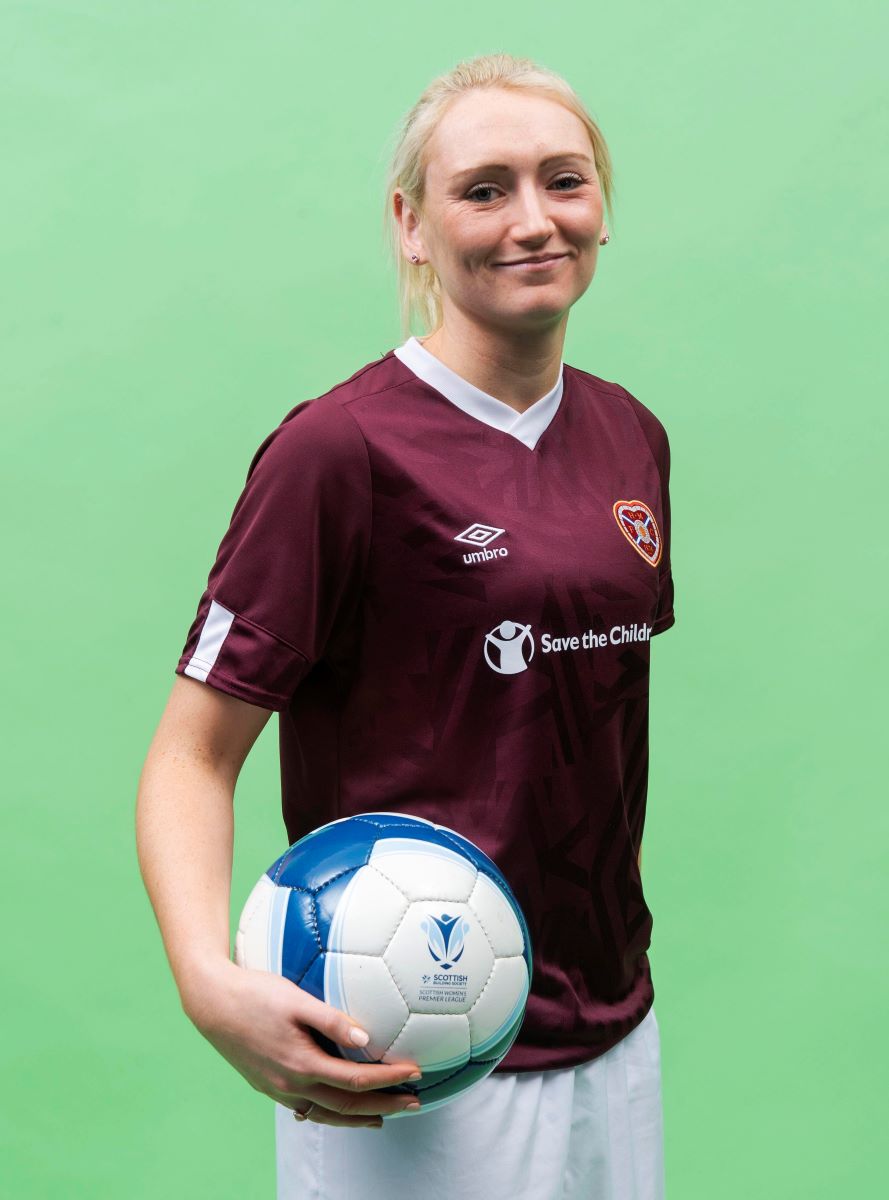 MK: We had a team meeting, a get to know you for everyone because we have a lot of new players and a new manager as well. We were out on the pitch pretty early, trying to get a feel for what is a new brand of football and a new style of play for most of us. So we tried to focus on that and get up to speed with how Kevin wants us to play.

SK: How is it working with Kevin?

MK: He’s great, really passionate, enthusiastic, he’s got a lot of new ideas and vast experience from down south, which he’s able to draw on and help us so it’s great to have him, he’s a big asset I think to Scottish women’s football.

SK: What has it been like bedding in new players?

MK: It’s gone really well, probably the best we could have hoped for. It’s never easy when you’ve got that much change in any environment, something like 12 coming in and 12 going out, it’s very difficult. But it’s a great group and they’ve settled really quickly. It probably helps that we’re training together quite a lot so you gel quickly because you’re together five times a week, so I think in the last five weeks we’ve come on huge amounts.

SK: Done any interesting initiations or are there too many people for that?

MK: We haven’t done any initiations, sometimes if a team loses at training they do a little song but we’re still getting to know each other really.

SK: What’s the best thing about pre-season for you?

MK: I love pre-season, I think it’s really exciting. Every team is filled with huge hopes for the season and everybody is working towards the same goal, there’s no negativity because nobody is disheartened because they’re not playing or anything like that so I love it. That’s maybe not shared by other players who don’t like the running.

SK:Talking of which, is there anyone who always nails the fitness/running sessions?

MK: Jenny Smith who is a Scotland under-19 player, she is just a phenomenal athlete, she could just run all day.

SK: Are there any jokers in the pack?

MK: I would say Murron Cunningham is hilarious.

SK: And who is the chattiest?

SK: Have you set any personal targets this season?

MK: Be a good leader, try and keep us on track, keep morale high and energy high, enthusiasm is so contagious and I think that’s something I can bring, so my aim is to keep that high no matter what happens. And the usual, play as many games as I can.

SK: If any of our readers were to watch you play at home at Oriam, what would they find?

MK: It’s a great facility actually. It’s a big pitch, great little stand that’s covered, tickets are cheap, there’s a cafe inside which is really nice and there are lots of other facilities around in Oriam itself.

SK: And why should they choose to follow Hearts?

MK: We are hoping to be one of the more exciting teams in the league this year, be really brave and just play football with positivity and courage. We have a new style that is maybe quite unusual in Scotland, certainly new for us, our own brand of football, it’s positive and a lot of fun to play in and hopefully it’s exciting for fans to watch as well.

Lizzie Arnot of Rangers won the SBS Scottish Women’s Premier League Player of the Month award for December 2020. The forward played a vital part as Rangers ended the first part of the season on […]