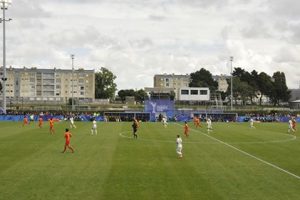 A 2-0 win against China PR left Germany at the top of Group D and their quarter-final place was assured after Nigeria’s subsequent victory over Haiti (reports Katy Wordley-Smith of @UoDFootyJournos from Saint Malo).

Giulia Gwinn and Laura Freigang scored the first-half goals that allowed the three-times champions to cruise through.

Neither team created a major impact in the game until the 30th minute when Gwinn curled a shot into the top left corner.

The Germans didn’t waste any time to build on their lead with a headed ball from Freigang slotted nicely into the bottom right corner five minutes before the break.

The closest attempt to a goal for China PR came in the second half with a power strike from Qiwen Xie hitting the woodwork.

This result for Germany left their qualification for the quarter-finals pending after the first game of the day’s double-header in Saint-Malo. China PR will need to beat Nigeria in Dinan-Léhon on Monday to continue to the next round of the tournament.

Germany face Haiti in Vannes on the same day but their fates are already assured. 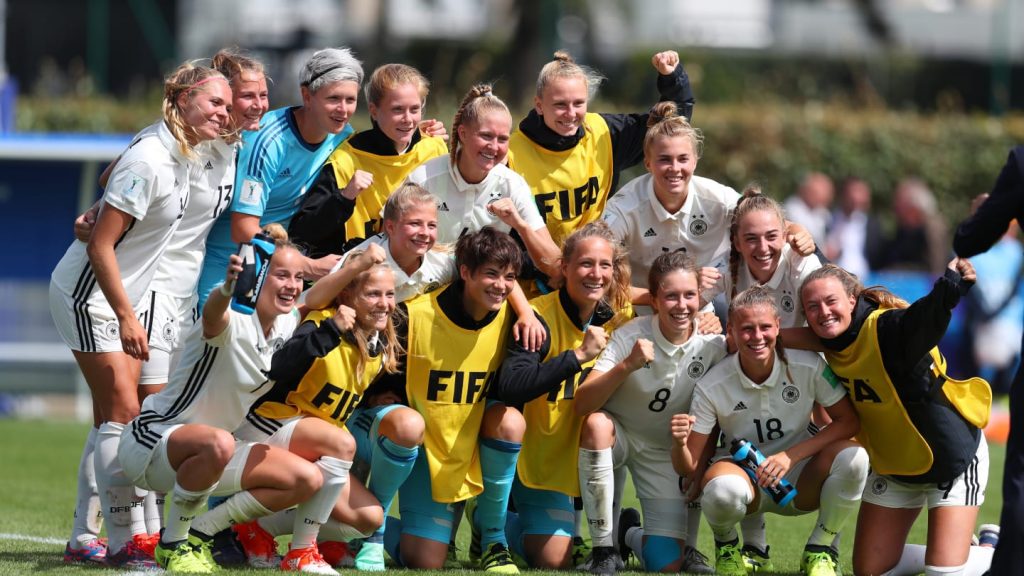 Captain Rasheedat Ajibade’s 35th-minute penalty extended Nigeria’s chances of reaching the quarter-finals of the U20 Women’s World Cup but put Haiti out after a second unlucky defeat (reports Olivia Fox of @UoDFootyJournos from Saint-Malo). 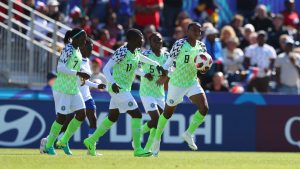 A sloppy start to the game meant the ball spent much of the time in the air and it was fitting – without wishing to rub salt in the wounds of Haiti’s travelling numbers – that it was a penalty that turned out to be the eventual winner.

Haiti’s best chance arrived four minutes later when the ball fell kindly to Nerilia Mondesir who intelligently tried to lift it over the on-looking Nigerian defence but against the crossbar.

Haiti showed some great prowess in the second half but Chiamaka Nnadozie tipped away Dumonay’s superb free-kick towards the top corner as a resolute, organised Nigerian side held on. 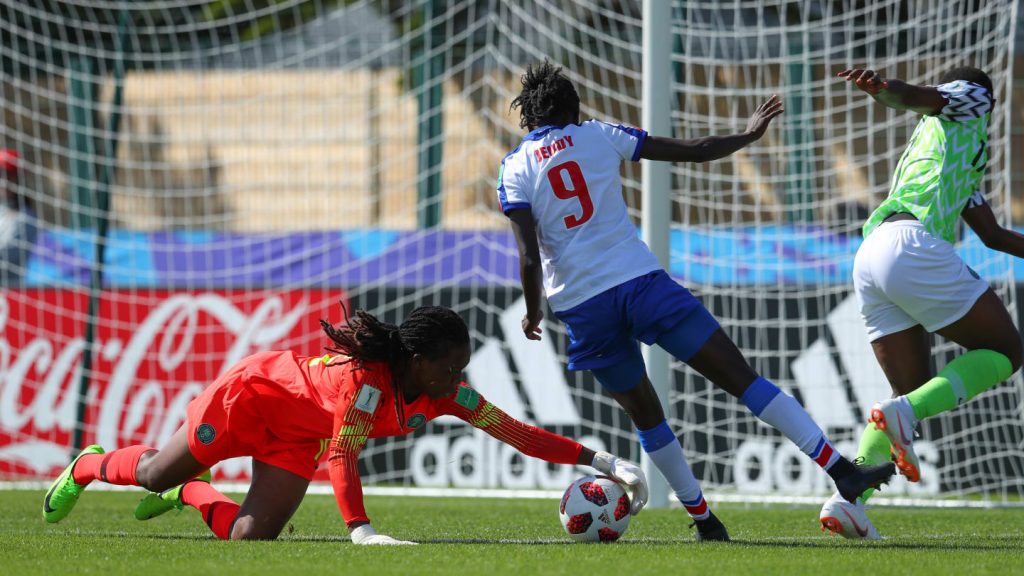 Japan will face Paraguay and USA come up against reigning European U19 Champions Spain, at lunchtime on Monday, to decide the final places in Group C.