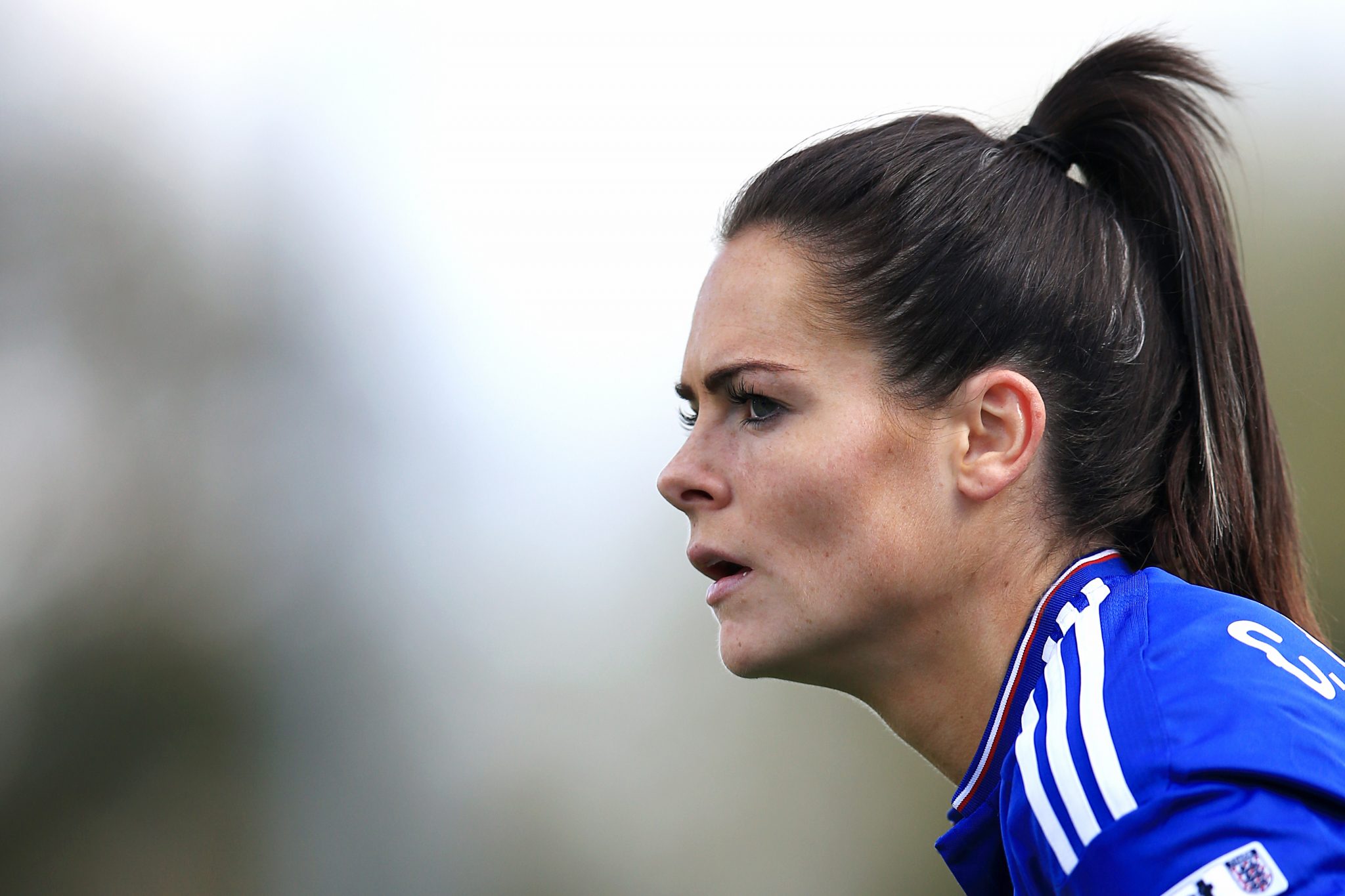 England international left back Claire Rafferty has join West Ham from Chelsea, where she spent the last 11 seasons.

“I’m buzzing about joining West Ham Ladies,” Rafferty told whufc.com. “As soon as I turned up at the training ground I got a really nice, gut feeling about the Club, and that’s what made me think that this is the club for me. It eliminated any doubt.

“It didn’t matter what anyone said; it was that feeling that was the decider.”

Head coach Matt Beard is excited about the experience and maturity Rafferty brings to West Ham Ladies, as the team continues their preparations for a first season as a professional outfit in the FA WSL.

Beard said: “Claire can offer us versatility down the left hand side of the pitch and her experience both domestically and internationally will be important as we start this new journey at the club.”

Rafferty is ready for the exciting, new challenge that West Ham presents, and is keen to get to work in head coach Matt Beard’s team.

Rafferty admitted: “It’s quite surreal, having been at a club for such a long time, to now be wearing a different coloured jersey. It’s lovely to be here at West Ham. The side has such a nice vibe.

“It was time for a change. I wasn’t playing as much as I wanted to and, with West Ham coming into the new WSL, I know the club wants to be challenging for the top places.

“With the players, the management and the set-up, it felt like the right thing to do. West Ham really jumped out at me and I’m really happy to be here.”

With 2021 marking the 100th anniversary of an FA ban on women’s football, Lewes FC release a film fronted by former Lioness, Claire Rafferty, looking at the long-lasting impact. Commissioned to coincide with International Women’s […]

Vyan Sampson has agreed professional terms with West Ham after seven years with Arsenal, having made three appearances for the Hammers at the end of last season. “I came to West Ham to do some training […]