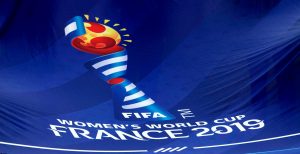 UEFA has drawn the ties for the play-offs for the four sides competing for the final European berth at the FIFA Women’s World Cup 2019.

As you will see from the tweets below, it has kicked up a repeat of the UEFA Women’s EURO final match-up in the Netherlands last summer.

The play-off draw for the FIFA Women’s World Cup™, which took place in Nyon, Switzerland, is as follows:

The two-legged semi-finals will be played between 1 and 9 October, while the final, which will also be decided over two legs, will take place between 5 and 13 November. The draw also decided the order in which the games will be played.

The aforementioned quartet were the four best second-placed teams from the seven groups in the qualifying phase (Wales just missed out), which afforded direct finals’ berths to England, Germany, Italy, Norway, Scotland, Sweden and Spain. France qualified as hosts.

Republic of Ireland ended their FIFA Women’s World Cup qualifying campaign with a 4-0 victory over Northern Ireland, two goals each for Player of the Match Leanne Kiernan and skipper Katie McCabe. It only took Colin […]

#FIFAWWC2019 Post Match Reaction #ENG 3-0 #CMR: Some thoughts & comment from #Lionesses after a bizarre game & a place in the QFs

After a truly bonkers two hours of ‘football’, England emerged 3-0 winners and World Cup quarter-finalists. It would be fair to say that it wasn’t their tidiest performance under Phil Neville but the Lionesses remained […]