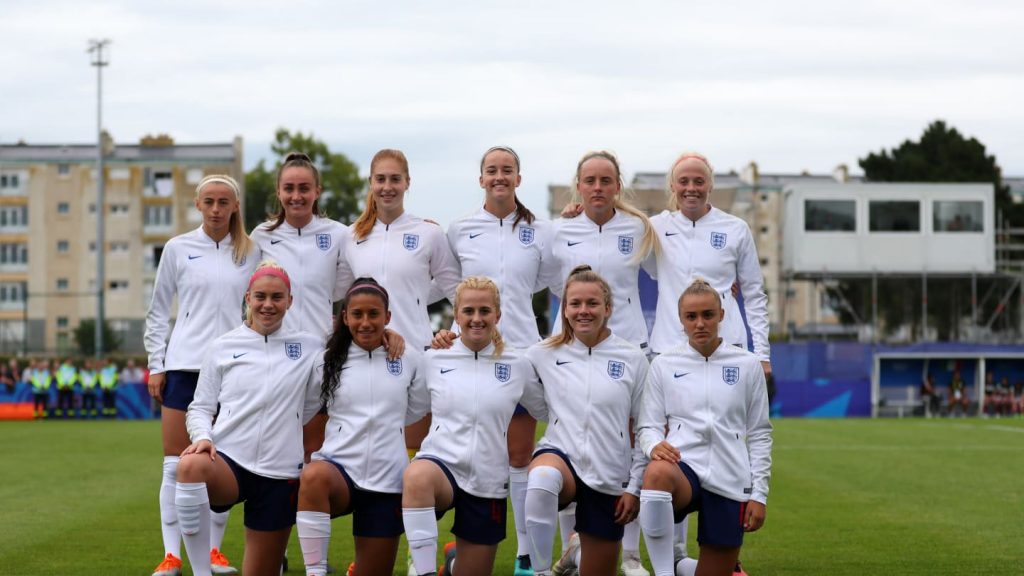 An incredible second half turnaround from England saw them progress to the Under 20 World Cup quarter-finals with a thumping 6-1 win over Mexico in which 18-year-old Lauren Hemp scored a hat-trick, reports RICH LAVERTY from Saint Malo.

Mo Marley’s side initially trailed at half-time after a poor first half performance, but five goals in an incredible 20-minute spell left the Mexicans not just beaten but out of the tournament.

The young Lionesses never got going during the opening 45 minutes in truth, Lauren Hemp’s long-range effort the best of a bad job before Mexico’s key player Jacqueline Ovalle sparked the game into life. 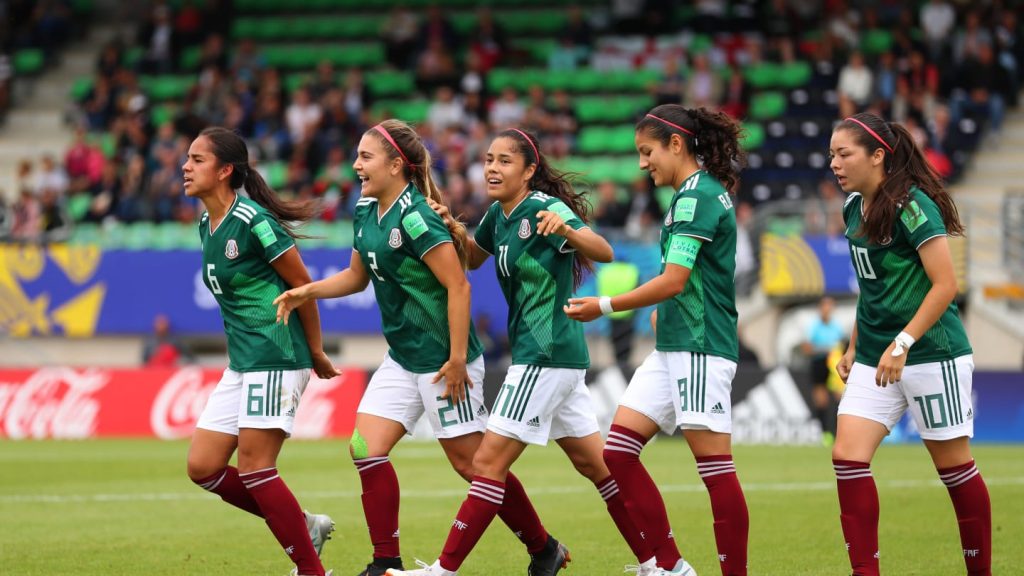 With Maz Pacheco and Anna Patten caught on the same side of the field, Ovalle was able to cut in from her right flank and unleash a beauty of an effort into the top corner past Sandy MacIver.

England needed to respond and they couldn’t have come out of the blocks quicker after the break. An incredible sequence of play saw Megan Finnigan’s header saved, before the defender  blocked an almost certain equaliser for Chloe Kelly on the rebound.

But England responded immediately. Good close control from Alessia Russo allowed her to round Alvarado and calmly slot home her third of the tournament to bring England level.

From there they never looked back. Minutes later and a long ball fell kindly for Kelly who promptly smashed her shot home off the near post to put England ahead. 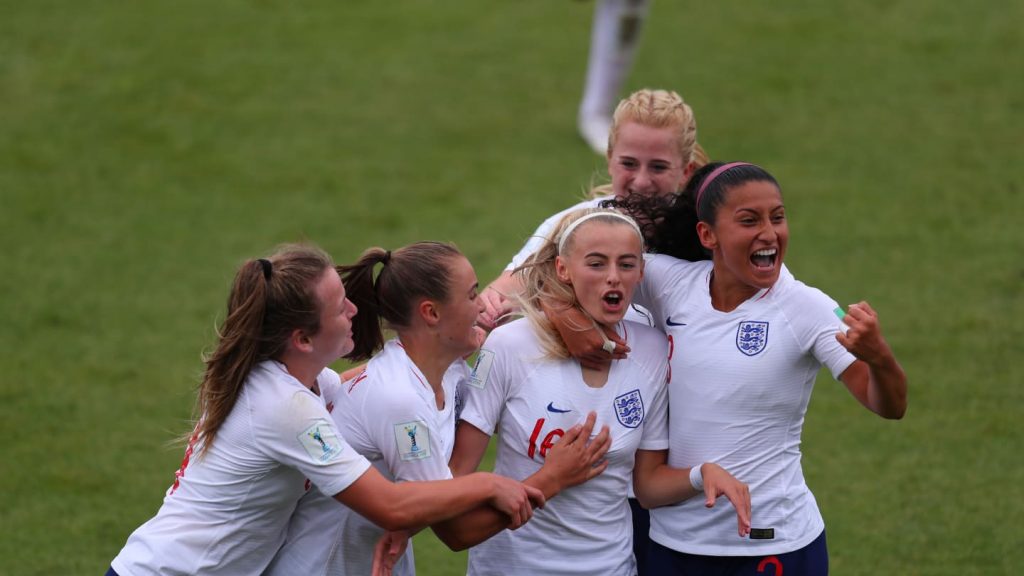 The next three goals came in the space of a crazy 10 minutes where the opposition simply collapsed. More good play from Russo down the right allowed the winger to feed Hemp, the striker calmly slotting the ball into the corner to give England a cushion.

Stanway was next and she really turned on the style with her rasping effort off the post. The Manchester City midfielder turned her marker, ran at goal and unleashed a trademark effort from the edge of the box to make it 4-1. 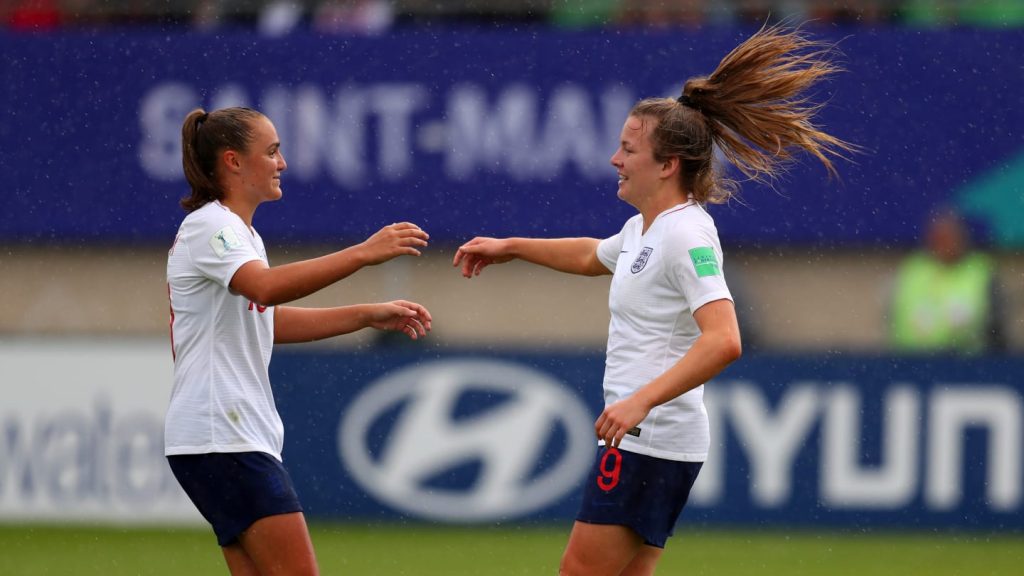 But England weren’t done. With Mexico struggling, Kelly’s long-range effort was spilled by Alvarado, giving Hemp an easy opportunity to snatch her second and England’s fifth from close range.

There was time for more and a moment to remember for Hemp, although she’ll score more impressive goals. The striker rounded Alvarado with 10 minutes to go, stumbled and seemingly the ball popped out from under her body into the back of the net, summing the second half up for Mexico. 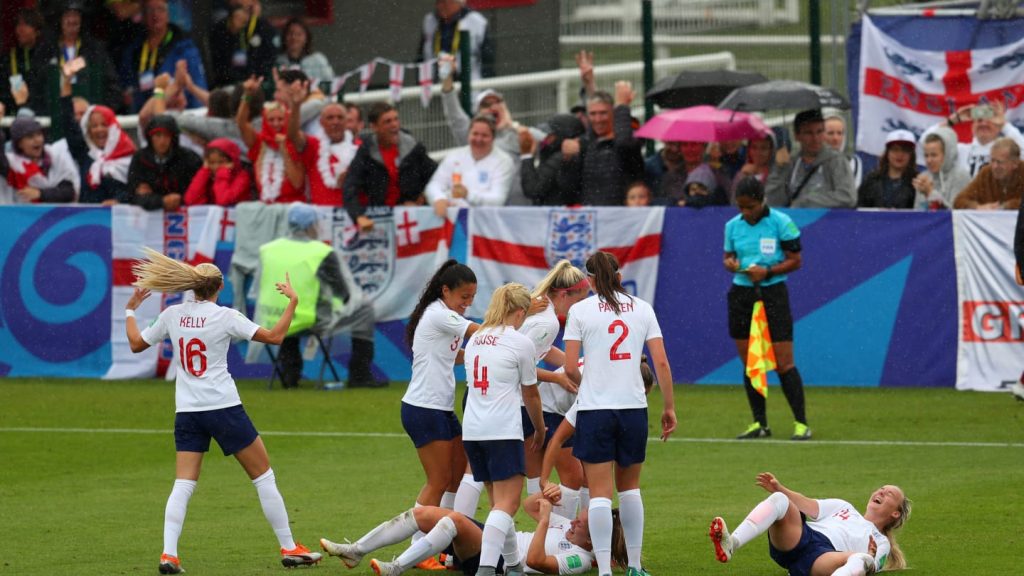 England now have a break until Friday’s quarter-final against opponents yet to be decided, the only blot on the copybook coming in the shape of a booking which will rule midfielder Mollie Rouse out of the match.

One of the points made by Head Coach Mo Marley on the day the England WU20 squad flew out to France, was that there were a number of players in this squad that people perhaps […]