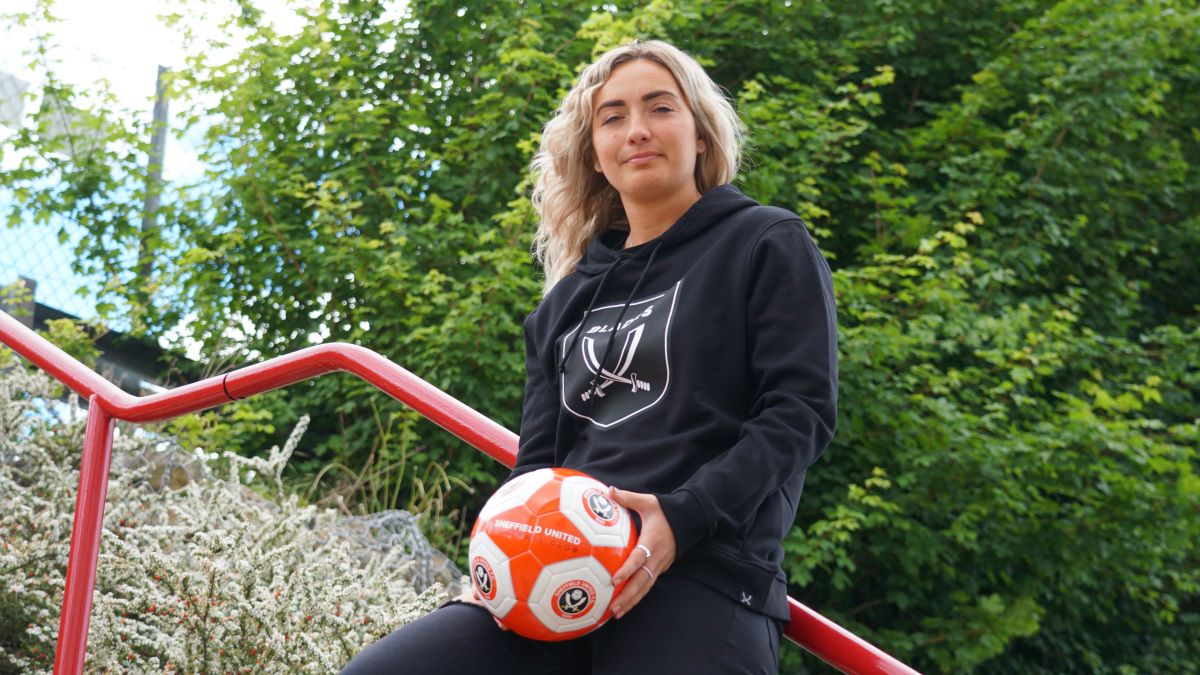 Sheffield United Women midfielder Maddy Cusack has signed a new contract with the club ahead of the 2022/23 season.

Cusack will enter her fifth season as a Blade after initially joining mid-way through the 2018/19 campaign from Leicester City, the energetic midfielder quickly becoming a key member of the United team.

With 84 appearances to date, the 26-year-old leads the way in the current squad as she approaches a century of appearances in a Blades shirt ahead of the new season.

Her accurate set-piece deliveries have become a key trait of the Blades side under current head coach Neil Redfearn and the boss is delighted to have tied Cusack down to a new deal ahead of his third season in charge.

Redfearn said: “The more I’ve worked with Maddy, the more I’ve come to appreciate what she gives us and what she’s got as a player.

“She had a great season last season and she’s a vastly experienced player now at this level and to have that sort of experience, someone who knows the club inside out, has high standards is great.”

Cusack also spoke of her delight at staying at the club for a fifth season: “I’m really excited. I’ve loved my time at the club, every season I’ve really enjoyed it and the last one was no different. I’m really pleased to have extended my time here.

“It seems like yesterday I remember signing, but I’ve loved my time here and I love this club.”

Sheffield United Women have added experienced 30-year-old midfielder Sophie Walton from Nottingham Forest. Walton played in the top tier with Lincoln Ladies and Notts County, appearing for the latter in the FA Cup Final, and […]

Sheffield United’s promising young midfielder Tamara Wilcock has signed her first professional contract with the club ahead of the 2022/23 season. The 18-year-old originally stepped up to the first team during the 2020/21 campaign, making […]