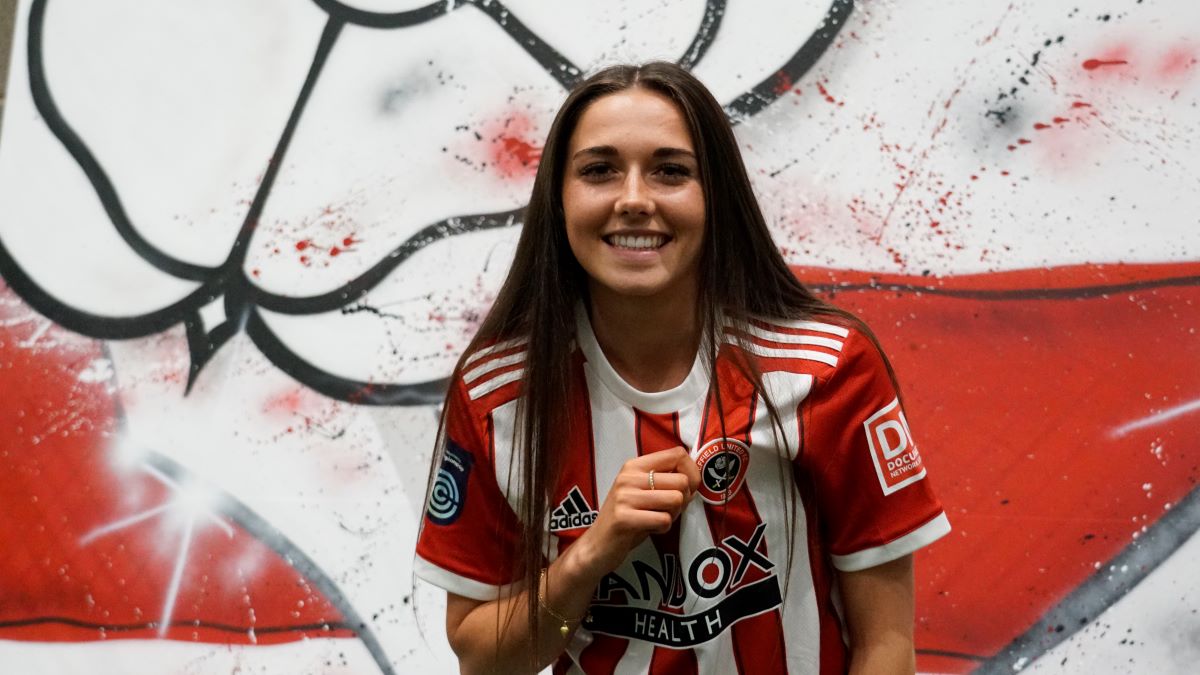 A defender and midfielder, the England youth teams’ regular made her senior Manchester United debut in the FA Cup last season and also featured in several matchdays squads, as well as featuring for the Reds in several pre-season friendlies this summer.

Bourne told sufc.com: “I’m really happy and really excited. The league is going to be really competitive this season so I’m excited to get involved now with the team and see how far we can take it.

“It’s such an important phase of my development. I can’t wait to push on, getting game time is the most important thing and to get it at a club like Sheffield United, I’m just excited to push on, improve as a player and help push the team to where we want to be.”

Head coach Neil Redfearn said: “It’s a great signing for us. Tara is a fantastically talented young player and we’re thankful to Manchester United for loaning her out to us. She gives us good balance; she can play in a back three or a back four and is very comfortable in possession.

“She’s a good competitor, a good athlete and she’s been in a week now and mixed really well with the girls and not looked out of place at all, so I’m really looking forward to seeing how she performs this season.”

Sheffield United Women have confirmed that midfielder Sam Tierney and forward Olivia Fergusson have left the club. Tierney spent the past two seasons with the Blades, joining from Doncaster Rovers Belles after the club gained […]

Sheffield United Women have agreed a new contract with versatile defender Lara Miller, who initially joined from Lewes in January. Miller made two starts, helping the team to two wins and two clean sheets against […]

Sheffield United Women’s defender Ocean Rolandsen has signed a permanent contract with the club after joining on a short-term deal in January. The 22-year-old has enjoyed a successful spell since arriving from Watford, starting all […]