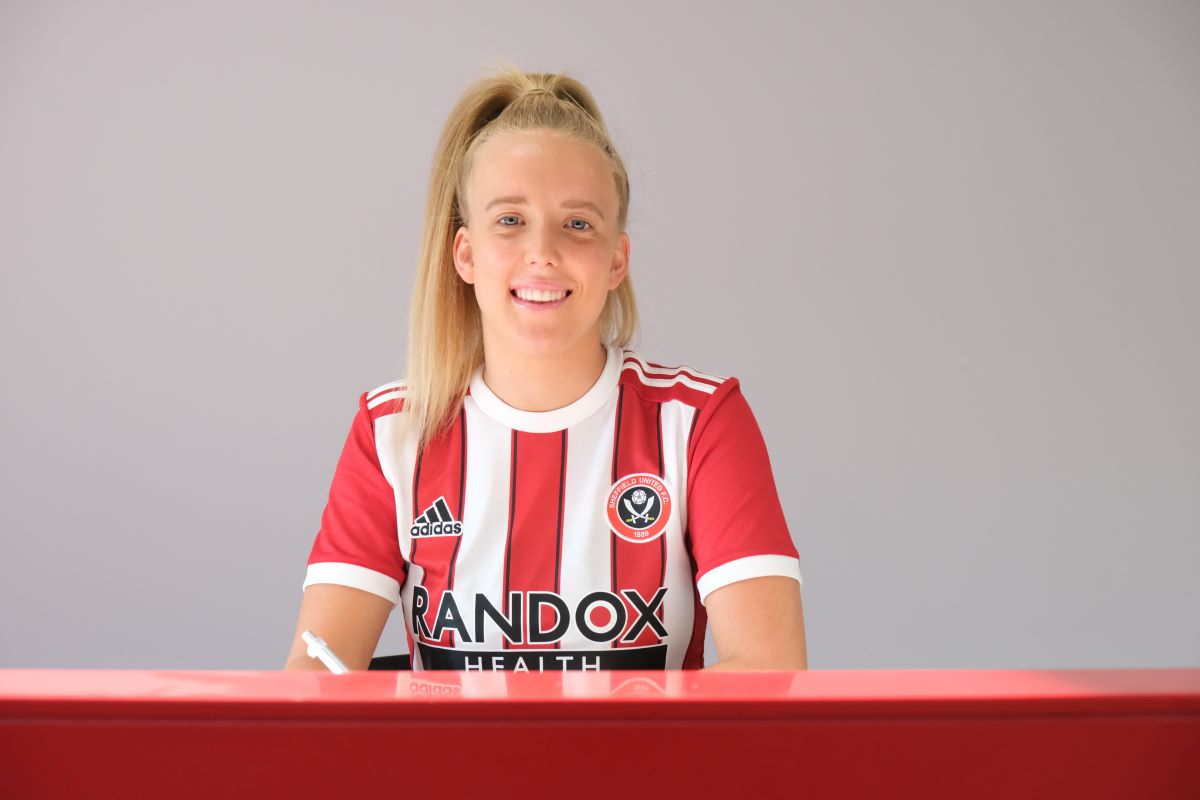 The predominantly left-sided player had progressed through the academy system at both Manchester City and most recently Manchester United, making several first team appearances in pre-season friendlies.

After a loan spell to Huddersfield Town, Newsham joined Rovers at the start of last season and played regularly throughout the campaign.

Newsham has also represented Scotland at youth team level, taking part in the U-19 Euros in 2019.

She said: “It’s great. I spoke to Redders [Neil Redfearn] and he told me all about the club and I just can’t wait to get going to be honest. I’ve been training with the girls for a couple of weeks now and they’ve been really welcoming, I’m just ready to hit the road running this week ahead of our first pre-season friendly.”

Redfearn added: “We knew about Charlotte because we played against her at Blackburn last season. She’s a young player, comfortable at left-back and can play left-sided centre-back. She’s a really talented kid, she’s been an international for Scotland at age group levels and a lot of credit comes with that.

“She’s young enough to develop. She’s got ability, I think she fits in with the way we want to play and it was a key position to replace at left-back because they’re not easy to come across.”

Sheffield United Women have added vastly experienced centre-back Leandra Little to their squad for the 2019/20 season.  The 34-year-old joins after a year where she was club captain for Liverpool in the FAWSL, following a […]

Sheffield United Women’s 17-year-old forward Lucy Watson will be staying at the club for the 2021/22 season. Watson joined the Blades halfway through the 2019/20 season from Doncaster Rovers Belles, but the England youth international […]