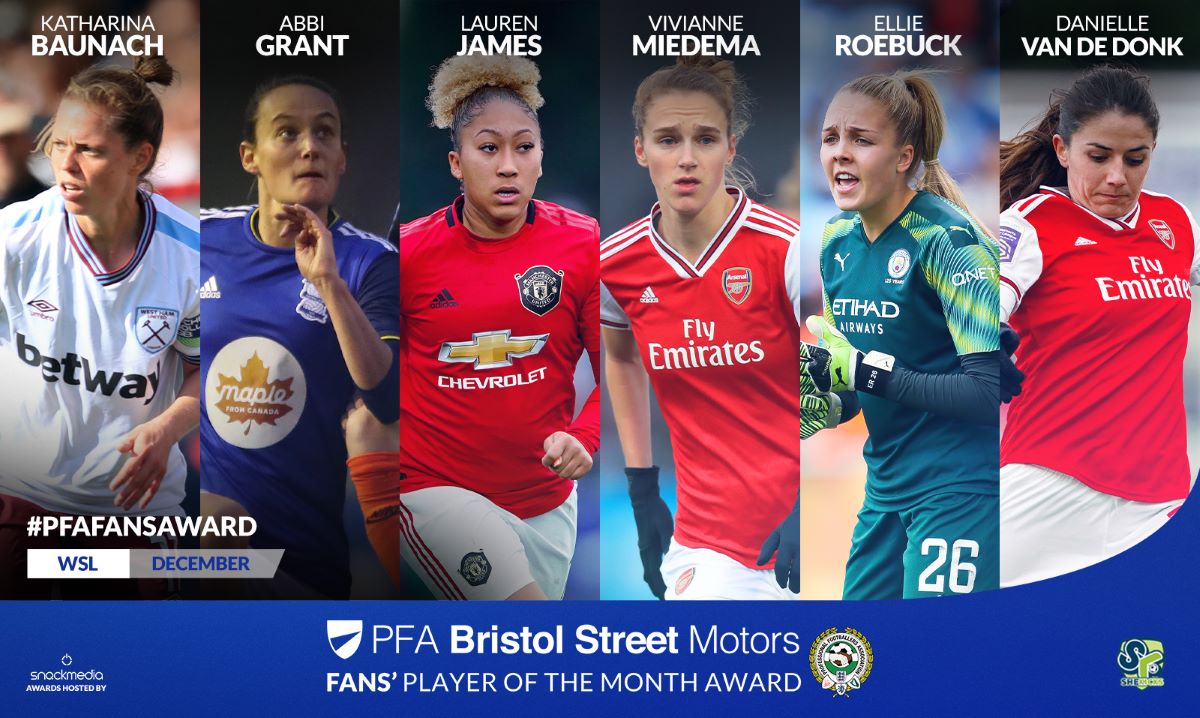 The Barclays FA Women’s Super League shortlist for the PFA Bristol Street Motors Fans’ Player of the Month Award has been announced.

There are six stars in the running, with Arsenal represented twice:

Voting is open until 8am on Monday 13 January.

#PFAFansAward: Vote for January’s Player of the Month

There are six nominees for Women’s PFA Bristol Street Motors Fans’ Player of the Month award for January and voting is open until 8am on Monday 11 February. The nominees: Nikita Parris – The 24-year-old Manchester […]

Arsenal’s Jordan Nobbs has been voted the October Women’s PFA Bristol Street Motors Fans’ Player of the Month by football fans across the country. In a tightly-contested vote, run by fan engagement experts Snack Media, […]

YAYYYY! It's another SHE KICKS BOOTS GIVEAWAY! Tha