All the Week 3 results from the Northern Ireland Women’s FA League, plus match highlights, tables and fixtures for the week ahead.

St James Swifts winning start came to a grinding halt as they lost 1-3 at home to Killen Rangers despite leading 1-0 at half time, Gemma Frazer scoring twice for the visitors.

Crewe United picked up their first points of the season with a superb 3-1 victory over Belfast Celtic,  thanks to a brace from Aoife Connor and a single goal from Sasha Birch.

A four-goal haul from Cliodhna Petticrew gave Shamrock a first victory as they overcame Bangor 5-2. St Oliver Plunkett and Belfast Swifts battled out a hard fought 1-1 draw, Rachel Steele giving the Swifts the lead only for Leah McGonigle to level from a penalty kick.

In the top of the table clash, Camlough Rovers secured a fine 2-1 away win over rivals Larne Olympic, their goals coming from Laura Cinnamond and Adele Harte. A late goal from Chloe Burke gave Ballynahinch a 4-3 victory over Carnmoney (Purple) in a topsy-turvy game. The 22nd Ladies will have been delighted to pick up their first points following a 3-2 result over Dromara Village.

Ballymoney United continued their impressive start to life in the NIWFA with a 13-2 win over Rosario YC. Ballymoney’s scorers included four-goal Keri Holiday and hat-trick hitting Lauren Marshall and Mia Constantinou. Killen Rangers Reserves eased home 8-0 against St Oliver Plunkett Reserves as Chelsea Scott scored five times. and the goals just kept on coming with Antrim Rovers defeating Belfast Ravens Seconds 16-0, the star of the show in this one being Amber Marsh who netted eight. 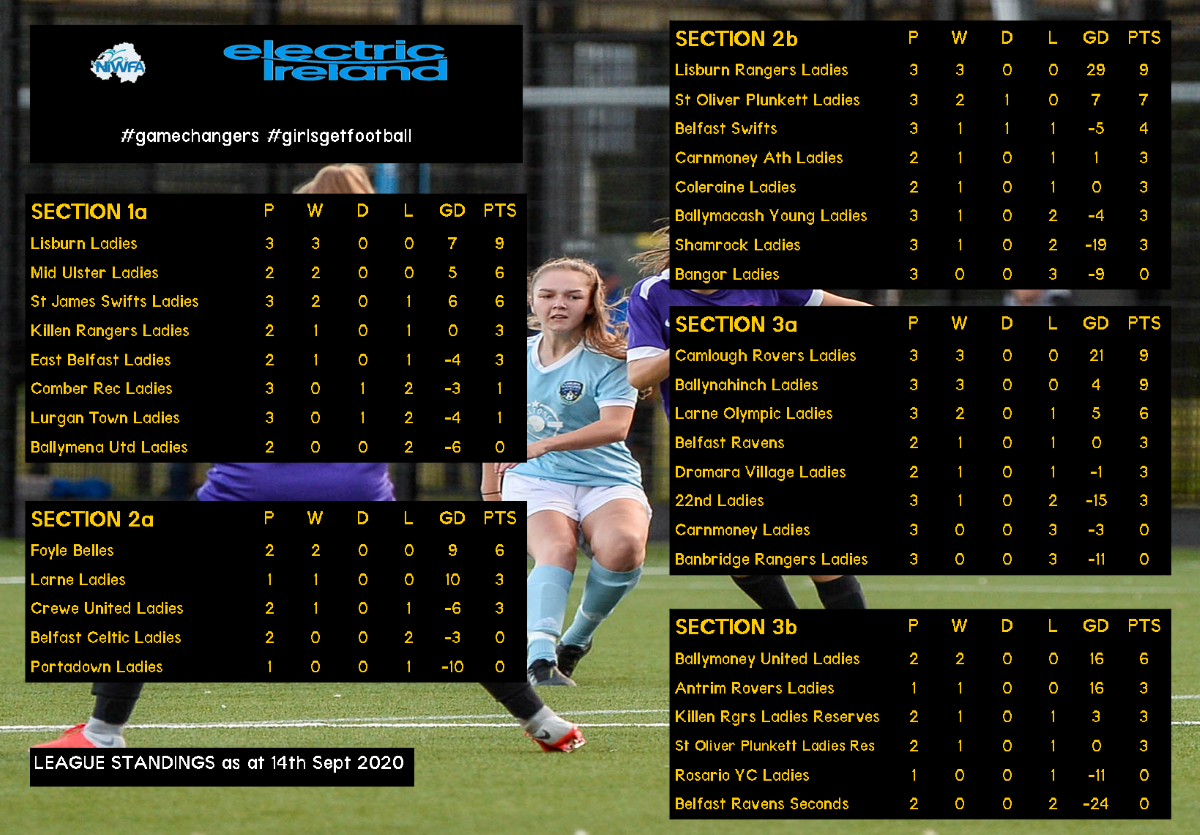 Larne pulled off a surprise win knocking out their more senior counterparts Comber Rec. A penalty, converted by Amber Dempster, had given Comber the lead but to their credit Larne battled back,
eventually winning through a Marion Gage effort and a very late own goal. 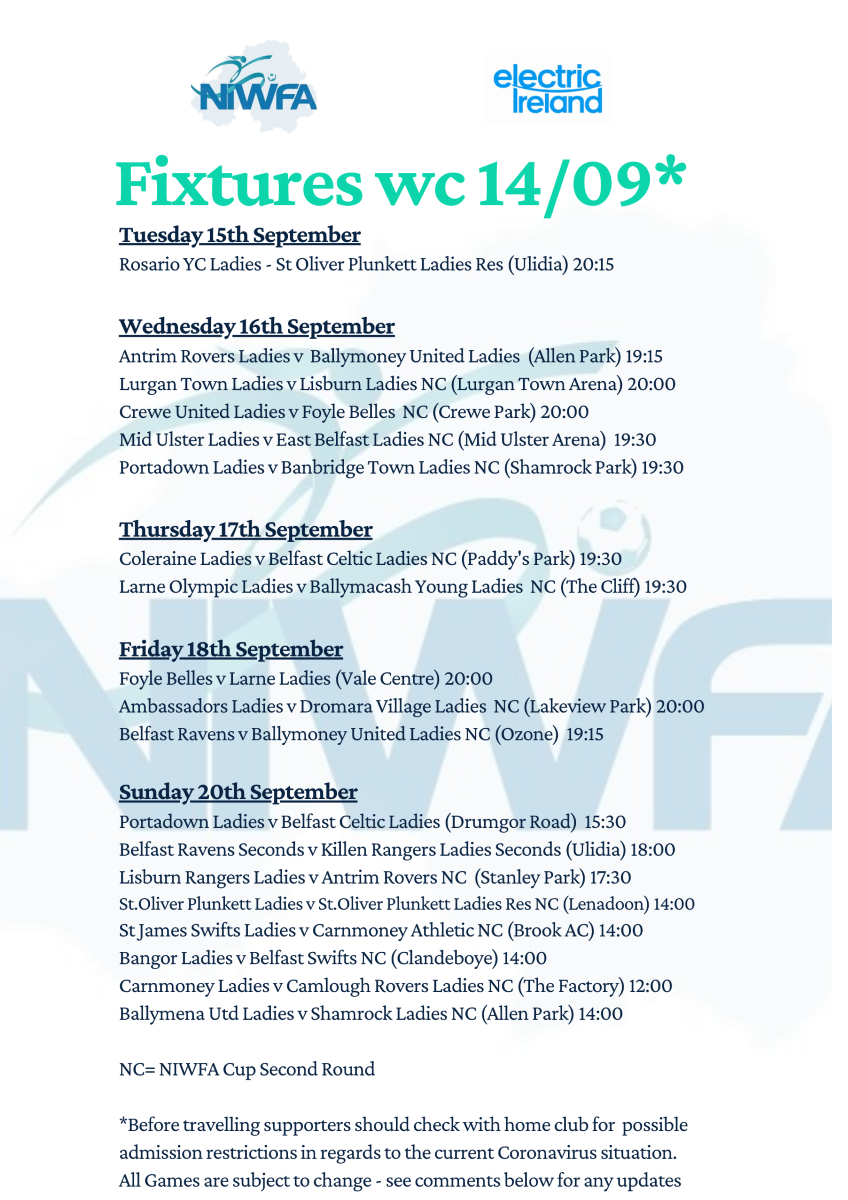 First fixtures in the Northern Ireland Women’s FA 2022 season featured a 5-5 draw for Shamrock at Banbridge Rangers after trailing 4-0. CHAMPIONSHIP St James Swifts got their championship campaign off to a flying start […]

The Northern Ireland Women’s FA 2022 league season will be launched at Lisburn’s Bluebell Stadium on Sunday 10 April. So with the new campaign in mind, the NIWFA have created a map complete with all […]