The Northern Ireland squad has been announced as they begin their World Cup qualifying campaign on Friday 15th September, with a testing start away to Norway.

Manager Alfie Wylie has called up some fresh faces to the squad including Sion Swifts midfielder Kendra McMullan, who netted twice in the recent Electric Ireland Challenge Cup final. 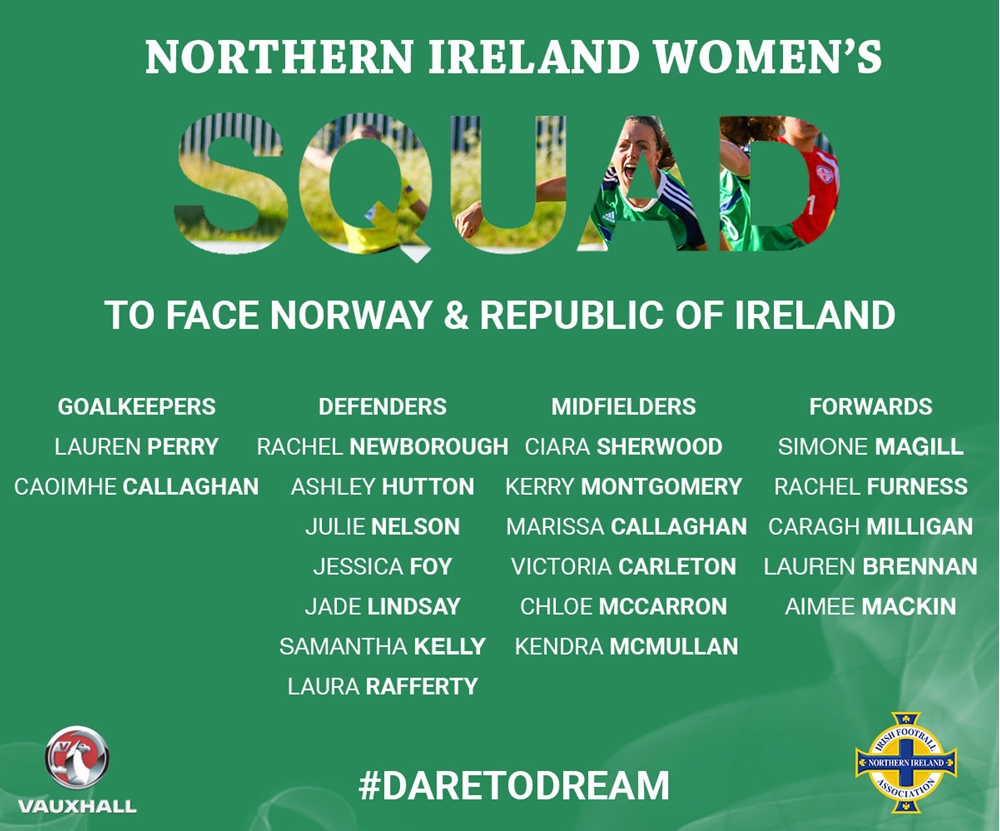 The players will meet on Monday to begin their preparations before flying to Norway on Wednesday.

The squad then travel back to Northern Ireland where they will face the Republic of Ireland on Tuesday 19th September at Mourneview Park with kick off at 7:30pm and free admission.

Irish to play for fifth place at Turkish Cup

Northern Ireland will play-off for fifth place at the Turkish Women’s Cup, after a 3-1 loss to Ukraine on Sunday afternoon. Jan Kalinina followed up a save by Jackie Burns to score the first and soon […]

The latest UEFA Women’s Championship qualifiers included a 5-0 result for Scotland in Albania and a 6-0 loss for Northern Ireland away to Norway. GROUP A – Danielle van de Donk hit a 17-minute hat-trick […]

Versatile midfielder Rebecca Holloway (23), has signed for Birmingham City from Nashville Rhythm in the US Women’s Premier Soccer League, subject to international and FA clearance. She had previously been at Bristol City and can […]