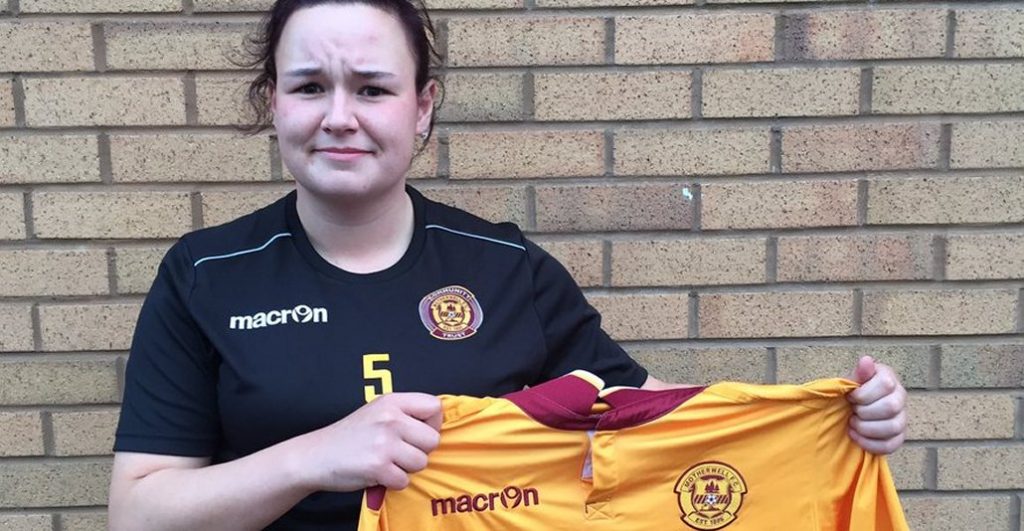 Second-placed Motherwell made it ten wins in a row with a hard fought 3-2 win over Jeanfield Swifts in Scottish Premier League 2.

Laura Dunn scored for Swifts from a free kick past stand-in keeper Megan Murray (pictured), with Stacey Cook on target in the first half for Motherwell.

Forfar Farmington defeated third-placed Hearts 3-1 to protect their six-point lead at the top of SWPL 2.

Forfar took a 25th-minute lead as Erin Cattanach volleyed home at the back post after a Julia Scott cross was deflected into her path.

The advantage was doubled just before the break, Nicola Davidson firing past the keeper after Danni McGinley hit the post.

Davidson netted her second with 25-yard free-kick on 64 minutes, with Stacey Hutchison getting a consolation for Hearts soon afterwards.

Glasgow Girls moved into third place after a 2-0 result over next to bottom Buchan.

Kirsty MacDonald then got the second goal 8 minutes before half-time.

#SWPL: Back to back wins for Glasgow City & Hibs

Montrose have been promoted to SWPL 2 after winning the Scottish Women’s Championship North with a 4-1 result over East Fife. Megan Maver gave them an early lead at Links Park, Anna Grant fired home […]

The SPFL has stated that a majority of the 17 Scottish Women’s Premier League clubs have said they want to be part of a new competition from next season. The Scottish Professional Football League will […]