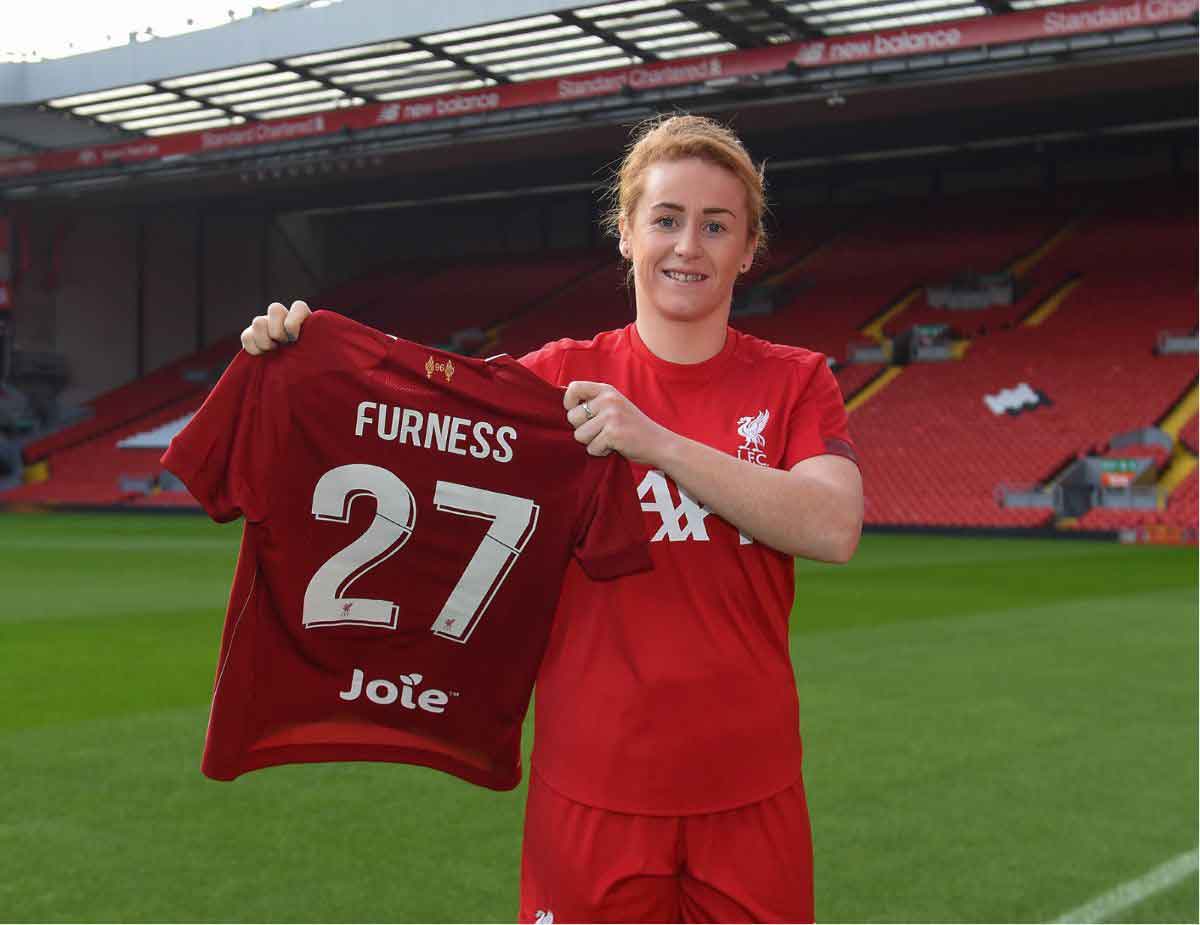 Furness, 31, joins the Reds after almost three years with the Royals, the last few months of which were spent on loan at Tottenham Hotspur.

Her football career began in her home town of Sunderland where she initially spent two seasons before spells with Newcastle and Icelandic team Grindavik. She later rejoined Sunderland for a further six seasons in 2010.

Reds’ manager Vicky Jepson said: “This is a player who we’ve been keen on for quite a while and I’m delighted to welcome her to the club.

“The second half of this season is going to be a very important one for us and her experience and leadership qualities in the middle of the park will be valuable assets.”

As well as her considerable experience in the Women’s Super League, Furness is a long-standing international with Northern Ireland, for whom she has more than 60 international caps, scoring 17 goals.

Furness said: “I’m really excited to have signed for Liverpool, it’s such a massive club and I can’t wait to get going.

“There’s such a talented squad here, the league position at the moment isn’t what they’d like but I can see the talent in the squad and I’m hoping to add to that and help the Reds move up the table.

“I can’t wait to get started, I just want to hit the ground running and bounce into that first game on the 5th of January.”

Out third catch up with Barclays FA Women’s Super League players during the lockdown was with Liverpool’s Northern Ireland international, Rachel Furness. Midfielder Furness (31), who started the season with Reading and went on loan […]

Niamh Charles has committed her future to Liverpool FC Women after agreeing terms on a contract extension. The 19-year-old forward, a graduate of the club’s Academy and Centre of Excellence, made her debut in 2016 […]