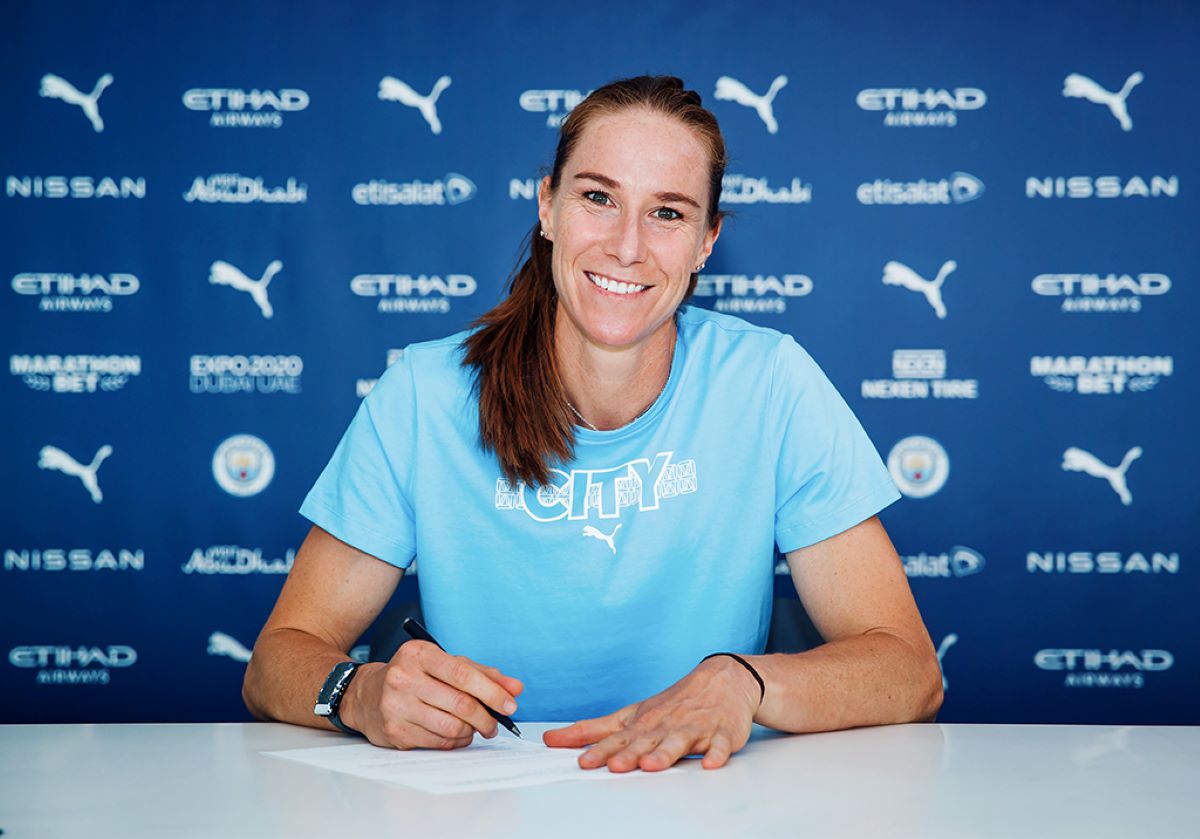 Manchester City Women’s Karen Bardsley will add to her 100+ games with the club after signing a one-year contract extension.

Bardsley said: “It feels great to be back and to have signed a new deal. I really missed being here in Manchester – although I had a great time on loan, there’s no place like home.

“It’s so special to have been a part of something that’s grown so quickly and to have been here from the start – to see what it’s become here at City now, I feel very proud of that.

“The past seven years have flown by, and long may it continue. It’s been more than I could have ever hoped for and I’m so excited for the season ahead.”

Gareth Taylor, Manchester City Women Head Coach, added: “We’re thrilled that Karen has signed a new contract here at City – as she has shown during her career to date, she is a very talented goalkeeper who brings a wealth of experience to our squad.

“Having a player of her calibre commit her immediate future to the Club was important for us and we look forward to continuing our work together throughout 2021/22.”

Manchester City will face Chelsea in the FA Women’s Continental League Cup final after a 3-0 win over Tottenham Hotspur. Jess Naz put a chance wide for Spurs after a run from the centre circle, […]

Manchester City Women’s Republic of Ireland international Megan Campbell is to depart the club when her contract expires at the end of June. A defender who made 43 appearances in all competitions during her time […]

KB KICKS BACK: Retiring England & Manchester City GK Karen Bardsley looks back over the decade (from #SK58 in Jan, 2020)

At the end of 2019 we looked back at the events of the past ten years with goalkeeper Karen Bardsley, then England’s longest serving player. The six-foot-tall Californian with parents from Stockport – who announced […]