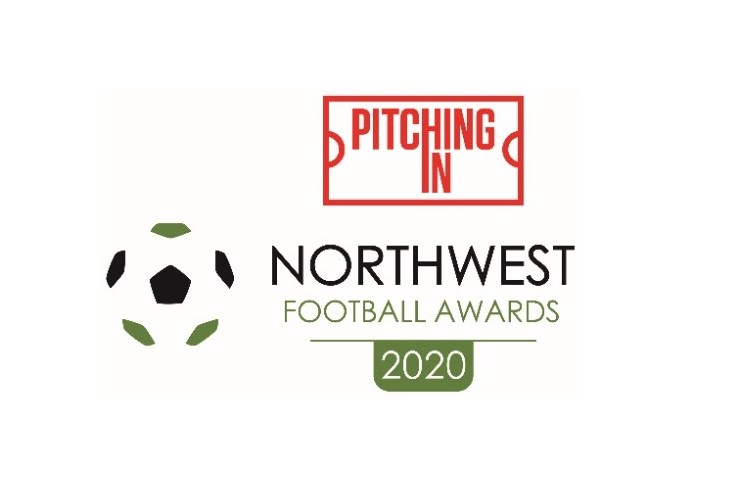 Our friends at the Northwest Football Awards have revealed the finalists for their 2020 honours, with winners to be declared at a digital ceremony on 9 November.

Laura Wolfe, speaking on behalf of the Pitching In Northwest Football Awards said, “Despite the unprecedented times that we find ourselves in, the entries this year were no less impressive and the judges’ decisions were more difficult than ever.  It was important that we, at the NWFA, even in this most difficult of years, went ahead with the 2020 Awards and recognised the incredible work going on at all levels of the game across our region, both on the pitch and behind the scenes.

“As well as the trophies and celebrations at the upper levels of the game, at the other end of the scale, it has been a tough year off the field for many of our clubs, and it would be remiss of us not to recognise this and show our support for the clubs, staff and fans who have been through and still continue to live through such tough times.”

Finalists in the women’s sections are as follows;

The Athletic Women’s Rising Star of the Season

Women’s Player of the Season

The Northwest Football Awards (NWFA) has a new look, a new title sponsor and a new host for the 2022 Awards.  The NWFA judging panel met yesterday and had the extremely difficult task of selecting […]

The nominations for the Women’s Player of the Season categories at the Northwest Football Awards 2022 have been announced. Fans can now cast their votes ahead of the Awards, which will be announced at a […]

The nominations for the player of the season categories at the 2021 Ladbrokes Northwest Football Awards have been announced – and voting is now live. Fans can now cast their votes ahead of the awards, […]