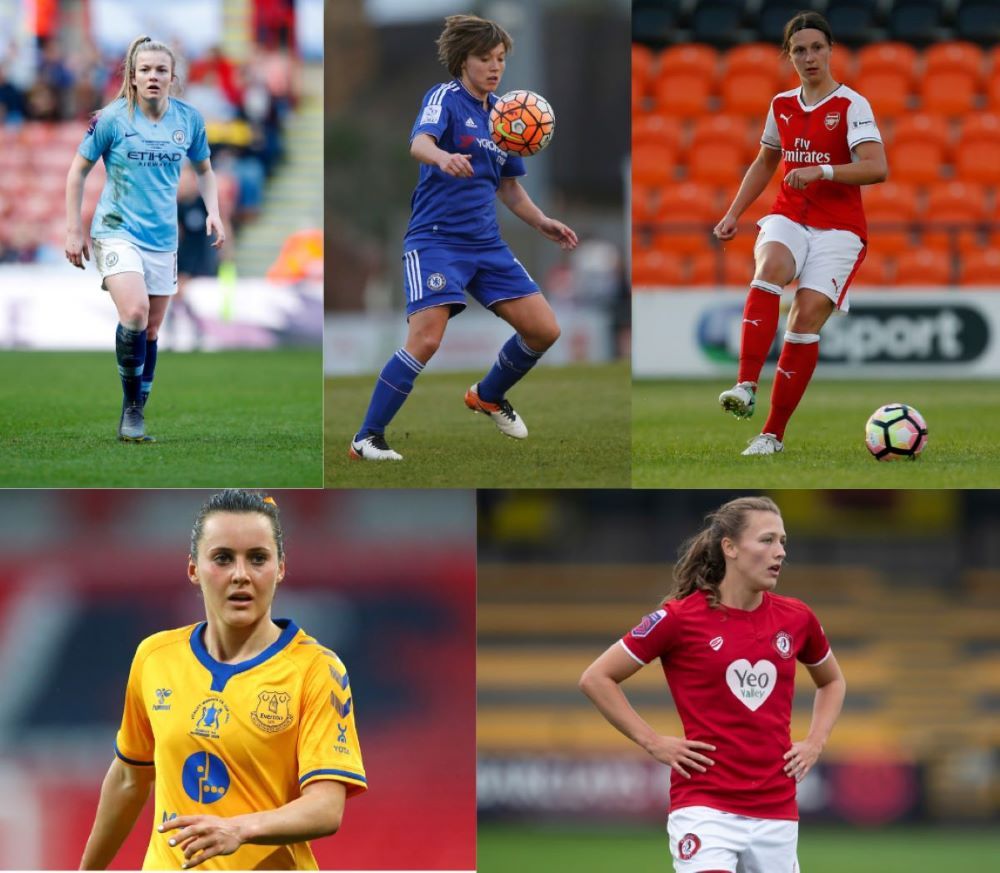 Five different clubs have one player each shortlisted for the Barclays FA Women’s Super League Player of the Month for March.

City needed late goals to overcome both Everton and Reading in March, with Hemp providing the moment of magic that was needed to break the deadlock on both occasions. Her vision to pick out Keira Walsh on the edge of the area helped them to see off the Toffees, before her weaving run against the Royals saw her take on four defenders before teeing up Chloe Kelly for the late winner.

Two victories which could be crucial come the end of the season, and it was Hemp who stood up when it mattered the most.

Scoring goals, setting up goals, Fran does it all, and we’ve seen that yet again this month helping Chelsea maintain their advantage at the top of the table.

The diminutive dynamo opened the scoring in the Blues’ 3-0 victory over Everton, before laying Pernille Harder’s goal on a plate for her to double the advantage. The devastating partnership with Sam Kerr ‘up top’ has also bore fruit once again this month, with the Australian benefitting from two Kirby assists in a 2-0 victory over Aston Villa to finish the month off.

The perfect hat-trick is a rare feat but Hayley Raso delivered in style, as the Australian scored 3 of the best in Everton’s 5-0 thumping of Brighton.

She got her first goal against the Seagulls with a left-footed finish following a weaving run into the penalty area, before grabbing her second with a close-range diving header. A right-footed strike in the closing stages completed the feat for Raso, who has impressed throughout the month for the Toffees, as Willie Kirk’s side secured another hefty 4-0 win over Birmingham.

Charlie’s goals have proved vital for the Robins in their battle against the drop this month, with the 22-year-old playing some of her best football of the season. She was on hand in the first match of the month to level matters against Reading, which gave her side the platform they needed to go on to secure a priceless 3-2 victory.

Wellings’ hot streak continued in the final weekend of March, as she opened the scoring in their crucial clash against Birmingham, with the 1-1 draw seeing them pick up five vital points in their last four matches.

Arsenal enjoyed an unbeaten month in March and didn’t concede a single goal in any of their three matches, with the performances of Lottie contributing to that rigidity at the back.

The defender has been a rock at the heart of the Gunners’ backline, having shut out Birmingham, Manchester United and Tottenham Hotspur. The 22-year-old even got on the scoresheet herself in the 2-0 victory over United, with her bullet header doubling her side’s advantage in the crucial clash in the race for the Champions League spots.

You can also vote for the Manager of the Month by clicking here. Bosses in contention are Emma Hayes (Chelsea), Joe Montemurro (Arsenal) and Gareth Taylor (Manchester City).

#FAWSL: League record crowd of over 38,000 at North London derby

Manchester United defeated Liverpool with two goals in the last 20 minutes for their first ever points in the Barclays FA Women’s Super League. Lauren James was closest to breaking the deadlock in the first […]