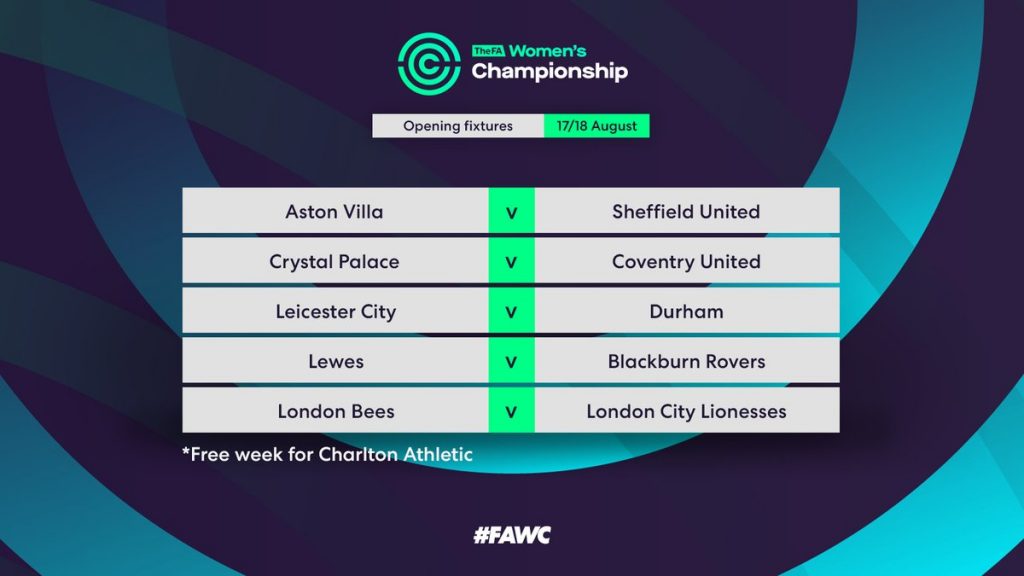 The full fixture list across both leagues will be released on Wednesday 10 July.

Coventry United make their debut at this level away at Crystal Palace, Blackburn Rovers also travel for their first experience of the FAWC with a game at Lewes.

Durham start again at Leicester having narrowly missed out on promotion, while elsewhere it’s Aston Villa versus Sheffield United.

#FAWC : Three in a row for Lewes

Manchester United and Lewes made it three wins from three, Durham were held by Charlton Athletic, while Millwall Lionesses and Crystal Palace drew to both get off the mark. FA Women’s Championship results for Sunday […]