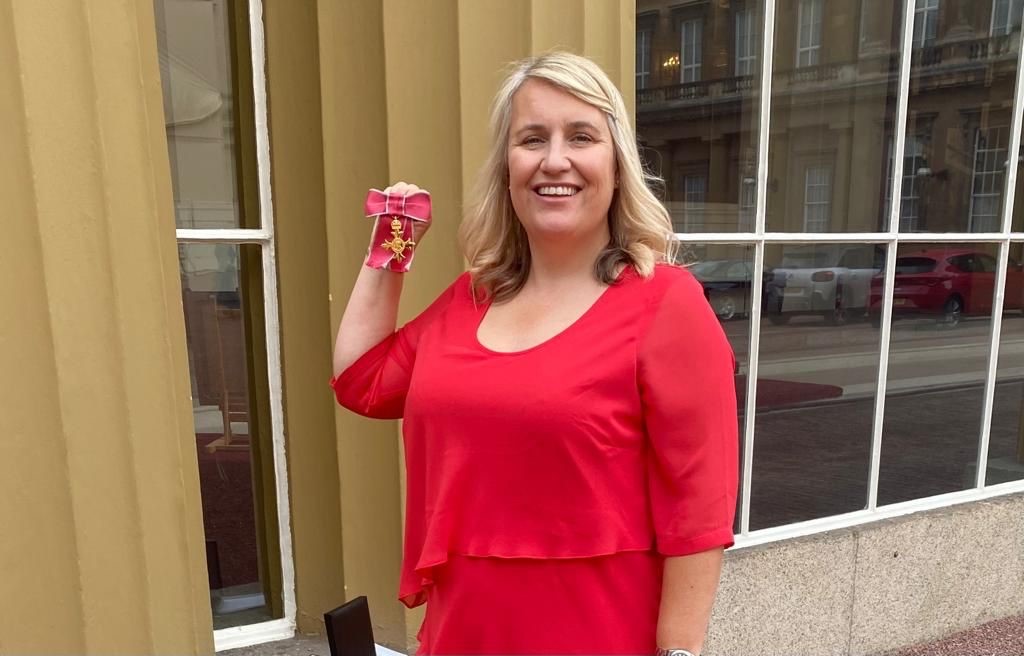 Chelsea Women’s manager Emma Hayes today received her OBE from Prince William, Duke of Cambridge for her services to football.

Hayes was named in the Queen’s New Year’s Honours at the start of the year and headed to Buckingham Palace to collect her award at the special ceremony, accompanied by her parents.

This follows Hayes being made a Member of the Order of the British Empire (MBE), which was awarded in the Queen’s 90th Birthday Honours in 2016.

The Blues manager spoke of the special moment she collected the award at the royal residence.

‘What an honour for me and my family, for the football club to be awarded an OBE by The Duke of Cambridge at Buckingham Palace. I’ve always been extremely fortunate to work in an industry that I love, that I’m passionate about and to be awarded an OBE for my services to football is a real privilege.

‘An extraordinary day with extraordinary people who have achieved wonderful things and a lot of have done tireless work for public service so I’m hugely honoured and certainly going to enjoy the rest of the weekend.’

#THEYKICK: Where we meet the fab fans who follow their faves… Chelsea Women’s Supporters Group

‘Who are ya? Who are ya?’ We are the Chelsea Women Supporters Group or ‘CWSG’ for short. We started around 2014 and officially in 2015. Originally it was an attempt to see if there was anyone else […]

Chelsea Women’s Manager Emma Hayes has become a Vice President of the London Playing Fields Foundation. Hayes last year won the LMFF Made in London Award and has a long history with London’s playing fields, […]