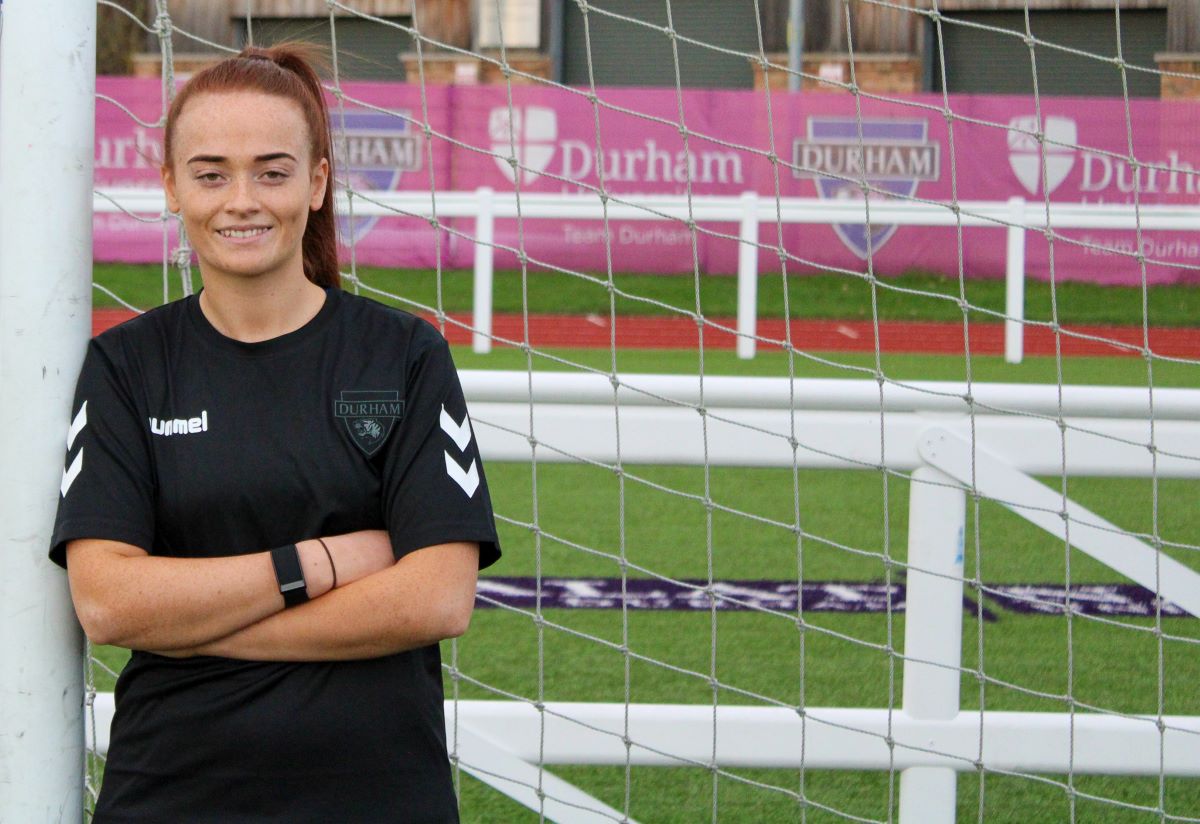 McAloon was a part of the Peamount side who won the FAI Women’s National League in both 2019 and 2020, and as a result was also able to feature in the UEFA Women’s Champions League for her former side.

On an international level, the 22-year-old has been capped by the Republic of Ireland at youth level and recently spent time training with her nation’s senior side ahead of their fixtures with Slovakia and Georgia.

Speaking after putting pen to paper, McAloon said: “I’m delighted – it’s a great club to be a part of and I’m really looking forward to getting going and being part of the team.

“The standards are so high and the expectations from everyone are really high as well.

“It’s a demanding environment which is really good, and I’ve really enjoyed myself so far.

“Durham are always up there, so I’d love to help as much as I can and I’m looking forward to being a part of it.”

Manager Lee Sanders added: “I am delighted to welcome Naoisha to Durham and believe we have signed an excellent goalkeeper who will only improve working under Stephen [Brass] our goalkeeping coach and alongside the other ‘keepers at the club.

“She’s had a great education and successful league and cup seasons with Peamount United – and of course the honour of being around the Irish national squad, which is all hugely positive for her and hopefully will be a huge benefit to us all at the club.”

McAloon will be eligible to feature for the Wildcats once international clearance has been obtained.

Huddersfield Town Women to play at the John Smith’s Stadium

London Bees have announce the signing of defender Annabel Johnson, formerly of Durham Women. The Bees say that Johnson, 24, joins the them with a wealth of WSL experience and has been an ever-present in […]

Durham Women have signed Republic of Ireland international forward Saoirse Noonan – subject to international clearance. Noonan, who can play anywhere across the frontline, was a key part of Shelbourne’s triumph in the FAI Women’s […]

Durham have brought in striker Molly Sharpe from Barry University in Miami, where she netted 14 times and registered 13 assists during her senior year. Sharpe has prior experience of the English game, having burst onto […]