Huddersfield Town top the Northern Division after the opening day in the Premier League, while Crystal Palace (pictured) net nine to lead the Southern.

Huddersfield’s 4-0 defeat of West Brom sees them as the new season’s first leaders of the Northern Division.

Derby came from behind to be 4-1 winners at Stoke. Hannah Keryakoplis’s 20-yarder was cancelled out by Andi Bell and Nicole Ledgister bagged a brace by the break. Kelly Kennaugh then completed the scoring in the second half.

Fylde (pictured above) recorded an impressive 3-0 victory at Middlesbrough, where Hannah Forster, Veatriki Sarri and Lauren Davies all got on the scoresheet.

Blackburn’s three goals all came in the first half against Wolves, with a couple for Faye McCoy and the third from Kelsey Pearson.

Nottingham Forest’s Hazzanna Parnell netted the only goal of the game with Guiseley.

Eagles off to a flying start

Crystal Palace put nine past QPR in the Southern, Gemma Bryan featuring with a five-goal haul. There was also a hat-trick from Nikita Whinnett and a Steph Simmons strike.

Coventry managed just one less at Swindon, with Alison Hall getting four of them. Jade Formaston added a brace, Keeley Davies and Nikki Miles the other scorers.

Charlton fell behind to an early Katie McIntyre goal for Lewes but ended up running out 6-1. Kit Graham got a couple, Charlotte Lee, Ellie Dorey and Charlotte Gurr one each, plus a Lauren Dolbear own-goal.

Portsmouth began with a good 4-1 scoreline over Cardiff but it came with one red card for each side.  Shannon Albuery and Tash Stephens struck before a Jade Widdowson own-goal put City back into the match. Samantha Quayle made it 3-1 before Pompey keeper Michelle Beazley and Cardiff’s Laura Williams were sent off and Molly Clark got the hosts fourth goal.

Chichester’s first gave at this level ended in a 2-0 reverse at C&K Basildon, where April Bowers and Danica Revell got the goals. 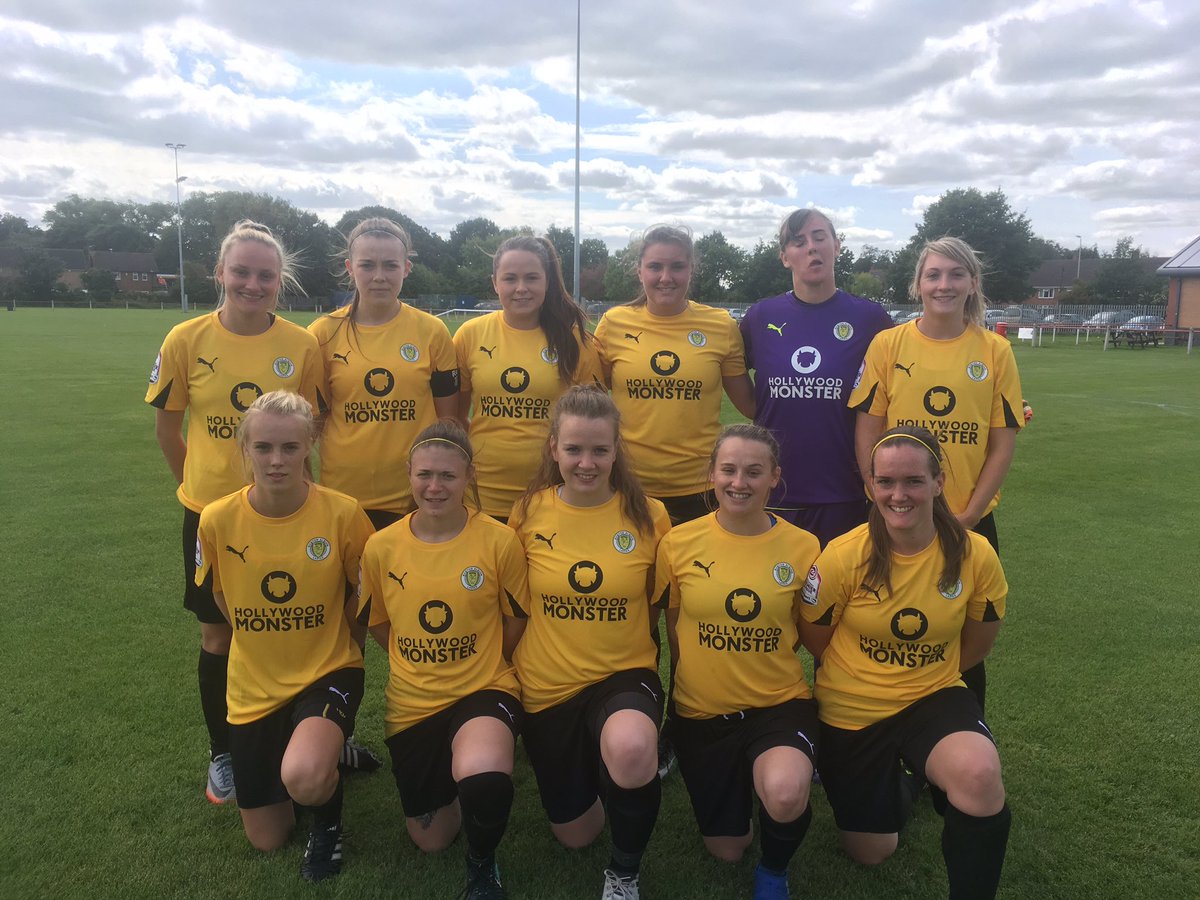 TNS made a terrific start in Midlands Division 1, stinging Steel City 8-1. Burton enjoyed their FAWPL bow by scoring the only goal at Leicester Ladies through Jordan Atkin. Loughborough Foxes’ 3-0 beating of Birmingham & West Midlands came with two by Charlotte Cooper and one from Lindsey Tugby. Solihull came away from league debutants Sheffield United with a 4-2 result, Lois Jeffries notching a treble, Abbie Taylor their other.

Chorley and Hull both hit six, Mossley Hill and Barnsley respectively getting one each in reply. Scarlett Smith got a brace for Chorley, Hope Knight netted four for the Tigresses. Bolton celebrated their first Premier League fixture with a 3-1 defeat of Leeds. Brighouse turned a 3-2 deficit at Newcastle into a fine 5-3 victory, Aimi Beresford coming off the bench to net twice. Liverpool Feds ran out 4-0 winners over Chester le Street, set up with a first-half hat-trick by Carla Lee.

There were very mixed fortunes for the South East Divison 1 newcomers, as the O’s ended up 0-0 at Cambridge, while Haringey were hammered 13-0 at Actonians including five for Alessandra Barreca. Enfield fought back from two down to win 4-2 at Norwich, Lisa Kline having wiped out the Canaries lead. Denham earned a draw at MK Dons with an Alissa Downs free-kick equaliser after Kerry Newman’s opener. Wimbledon were ahead through Kelly Whelan but lost 3-1 to Ipswich, for whom Natasha Thomas netted twice. The local derby at Luton saw Stevenage lose out 5-2, Nicola Henman and Zara Carroll sharing four goals for the Hatters.

Poole picked up maximum points at the start of the Premier League experience at Maidenhead, where Samantha Gubb got the solitary goal early in the second half. Plymouth lead South West Division 1 following an 8-1 thrashing of St Nicholas, in which Natasha Knapman netted five times. Brislington beat Basingstoke 3-0 and Southampton Saints took the points against Cheltenham thanks to efforts by Krystal Whyte and Gemma Woodford.

Huddersfield Town moved into second spot in FA WPL North, C & K Basildon did likewise in the South, while Liverpool Feds and Hull City drew in the Northern Division 1 top of the table […]

Crystal Palace are applying to become a semi-professional club in the new FA Women’s Championship. The Eagles are currently third in the southern division of the FA Women’s Premier League, but the WSL is being […]

The Football Association has today confirmed that Crystal Palace Ladies have been awarded a position in The FA Women’s Championship for the 2018/19 season. In addition, Doncaster Rovers Belles LFC has requested to withdraw from […]