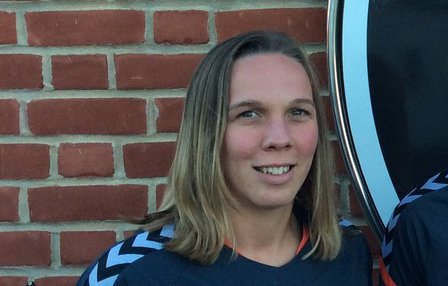 A single goal gave Charlton Athletic victory over Crystal Palace to send them seven points clear in the FAWPL Southern Division, while Middlesbrough also extended their advantage in the Northern.

Middlesbrough moved four points clear at the top of the Northern Division after a 3-0 defeat of Stoke City. Millie Bell and Bianca Owens had Boro two up at half-time, with Emily Scarr adding the third.

Nottingham Forest are up to second following a single-goal success at Wolves. Natasha Hudson played in Trina Greaves to score in the 25th minute.

Leicester City WFC leapfrogged Huddersfield Town into fourth spot after edging the Terriers 3-2. Nat Johnson put Leicester in front but Huddersfield hit back twice through to lead at the interval, the first from Hannah Campbell. Johnson got her second soon after the restart and Leigh Dugmore then netted a 64th-minute decider.

Derby County are up one to sixth and West Brom into ninth after their 1-1 draw. Sophie Hull scored for the Baggies on 58 minutes, a free-kick from Karagh Tait made it 1-1 within quarter of an hour.

Guiseley’s 2-2 tie with Bradford City lifted them off the foot of the table. The Bantams took the lead early on through Charlotte Stuart’s 25-yard lob but goals from Emily Scott and Danica Roberts saw the Vixens go into the break in the lead. A goal from Laura Elford in the 70th minute drew the game and rescued a point for the visitors.

Eight in a row for Charlton

It’s now eight straight wins and a seven point lead for Southern table-toppers Charlton Athletic, who won the South East London derby with Crystal Palace by the only goal of the game. It came with 17 minutes left, as Charlotte Gurr (pictured top) was sent clear to beat the keeper on the near post.

Second-placed Lewes had to settle for a draw when held 2-2 at home by Chichester City in the all-Sussex clash.  City were in fact two goals to the good from a Charley Wilson-Blakely brace but Leeta Rutherford halved the deficit with a header from a Rachel Palmer corner by the break. Dani Lane buried the equaliser after a set piece and City later had Wilson-Blakely stretchered off.

Portsmouth are level on points with Palace in third after a 3-1 victory against Gillingham. Nadine Bazan netted in the third minutes when following up Molly Clark’s shot that was turned onto the bar. Samantha Quayle headed home Clark’s corner on 50 minutes and little after 10 minutes later, bundled home another flag-kick. Jenny Newman pulled one back for the Gills midway through the half.

West Ham doubled their points tally with five goals past Swindon Town, including Paige Anderson-James second-half double. Hannah Wheeler and Molly Peters had the Hammers 2-0 up by half-time, Kelly Wealthall wrapping up the scoring.

Cardiff City Ladies also banked a second win, coming in a seven-goal thriller at QPR. Twice in the opening 14 minutes, crosses by Ffion Price were converted by Zoe Atkins, while Rangers replied as a long free kick by Mara Deluca was headed in by Laura Hennessey. City went 4-1 after scoring twice in three minutes, Ella Powell setting up Cori Williams, before the compliment was returned. In the last 11 minutes, Kasha Petit got Rangers’ second and with time almost up, Rae Roberts poked home their third.

Charlton Athletic have signed Georgia Griffin from Southend United, after the 17-year-old, netted an amazing 79 goals in just 41 matches over two seasons in the Essex County Girls’ League. After a successful trial match, where […]

Terriers And Addicks Takeover At Top

Huddersfield Town are the new leaders of the FAWPL Northern Division after winning at Derby County, while Charlton Athletic’s seven goals against QPR saw them to the Southern leadership. (photo: htlfc.co.uk) Sunday 17th September  FA […]