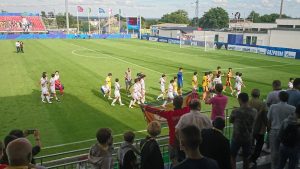 Holders Korea DPR came back from the prospect of an early elimination to beat Mexico 2 – 1 with a late winner from Kyong Yong Kim, (reports Tom Howie of @UoDFootyJournos).

Defeat would have meant Korea departing the U20 Women’s World Cup within the first five days but Kim’s dramatic 85th-minute intervention has thrown Group B wide open ahead of Sunday’s final first-stage games.

After 12 minutes Jacqueline Ovalle found space on the edge of the box to shoot her third goal of the tournament but just two minutes later Kum Ok Choe smashed in the equaliser.

Both countries had good chances but the goalkeepers pulled off amazing saves to keep the score level until Kim’s superb header.

Korea will face Brazil on Sunday as both sides (as well as England and Mexico) compete to be one of the teams in the top two positions in Group B. 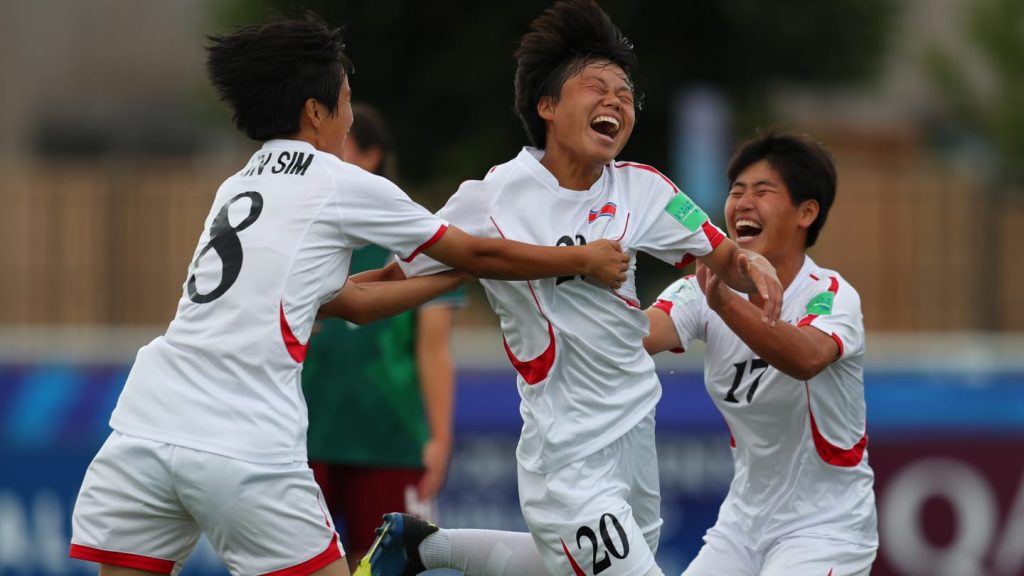 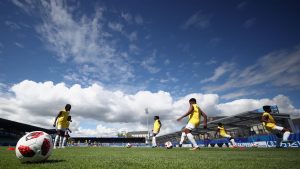 Netherlands took the lead midway through the first half through centre-back Aniek Nouvwen, who headed home unmarked at the back post from a corner.

After an earlier miss from the edge of the six-yard box, Fenna Kalma grabbed her second and third goals of the tournament within four first half minutes to give the Dutch a commanding lead before the half time whistle.

After a fairly quiet second period, Netherlands star player Victoria Pelova slotted the ball home after a quick one two with Kalma with 10 minutes to play to give the Dutch a big win.

France were held to a 0-0 draw against a spirited New Zealand side at the Stade de la Rabine (reports Ollie King of @UoDFootyJournos). 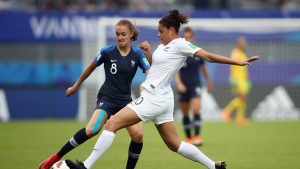 The opening exchanges resulted in little attacking opportunities as both sides looked to find their feet.

France soon dominated the match, but were unable to find a breakthrough.

Emelyne Laurent squandered a golden opportunity just short of the hour, blazing a simple 5 yard finish in to the stands.

20-year-old Grace Fisk led her England side out as captain at a World Cup for the first time in Sunday’s 3-1 victory against Korea DPR, this morning she sat down to talk to Rich Laverty […]